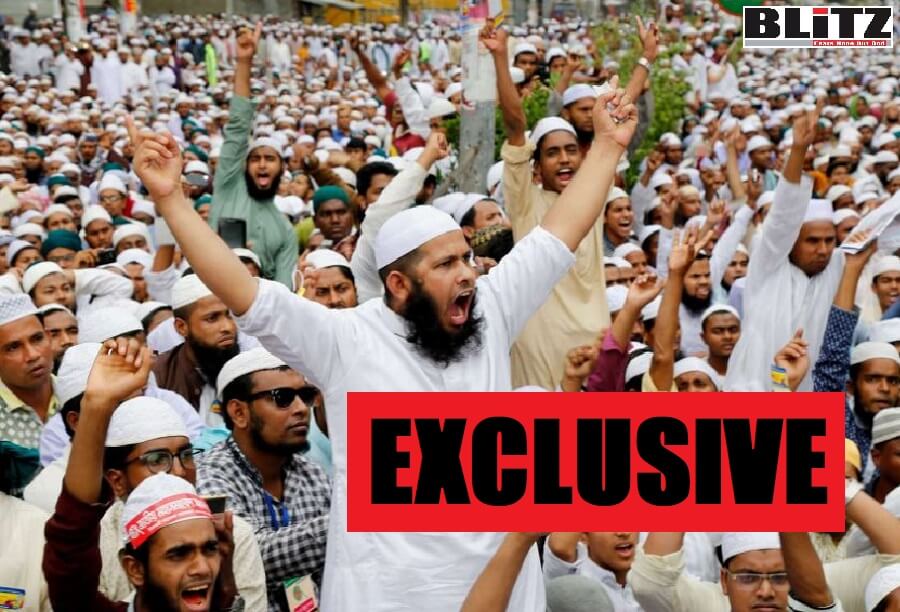 Ever-since the Bangladesh visit of Indian Prime Minister Narendra Modi and subsequent actions taken by the government, Hefazat’s secret international wing has been working against Prime Minister Sheikh Hasina and her government. According to information, a prominent leader of Khelafat Andolan, an ally of Hefazat-e-Islam has been sending emails and letters to various Islamic and Islamist governments in the world with false and misleading information against Sheikh Hasina’s government. The same individual, who currently leads the international and propaganda wing of Hefazat-e-Islam is publishing extremely offensive posts against the Bangladesh government, while in some of the posts, he is directly inciting riots and jihad.

It may be mentioned here that, founder of Khelafat Andolan, Muhammadullah aka Hafezzi Huzur visited Iran with a huge delegation and met Iranian leader Ayatollah Ruhollah Khomeini, where the two leaders discussed about Iran-type Islamic revolution in Bangladesh. It is further learned that at the advice of Ayatollah Ruhollah Khomeini, Khelafat Andolan leader had established Hezbollah’s Bangladesh chapter. During the meeting, Hafezzi Huzur requested Khomeini to provide fund for bringing out a Bangla daily newspaper to propagate Islamic revolution and the project was instantly approved by Khomeini. Iranian foreign minister Ali Akbar Velayati was assigned to carry the required cash for Hafezzi Huzur’s newspaper project. Subsequently, Velayati had carried cash one hundred thousand dollars and handed it to Hafezzi Huzur, although the newspaper was never published. It may be further mentioned here that, Ali Akbar Velayati was the minister of foreign affairs for more than fifteen years from December 1981 to August 1997 and is seen as one of the most influential figures in Iranian regime.

As sign of his commitment to the Iranian supreme leader, Muhammadullah aka Hafezzi Huzur sent his own grandson along with several Bangladeshi nationals to participate in war against Israel. This was coordinated by the Bangladesh chapter of Hezbollah. Iranian embassy in Dhaka was maintaining regular contacts with Hafezzi Huzur and other key leaders of Khelafat Andolan.

In one of the messages sent to various governments in the world, the International Wing of Hefazat-s-Islam, the pro-Caliphate party said: “Police arrested one of the top Islamic preachers Mamunul Haque from his institution in Dhaka almost three weeks after his alleged involvement in the protest against Indian PM Narendra Modi’s visit to Bangladesh. 20 people were killed by the police during that protest”.

Hefazat-e-Islam propagandists are also publishing old videos of protests with false caption of those being held after the arrest of Mamunul Haque. Hefazat also is running campaign in favor of arrested leaders of Jamaat-e-Islami proving its alliance with the anti-Bangladesh party.

Commenting on Hefazat’s continuous propaganda against government on social media, experts say, law enforcement agencies are showing reluctance in taking action against the culprits who are continuously using social media platforms in spreading anti-government propaganda contents. According to the source, although Cyber Police Center of Bangladesh’s Police’s CID although claims to be effectively combating cybercrime, it is learned, this unit actually has no legal capability of taking any action against the perpetrators of crime.