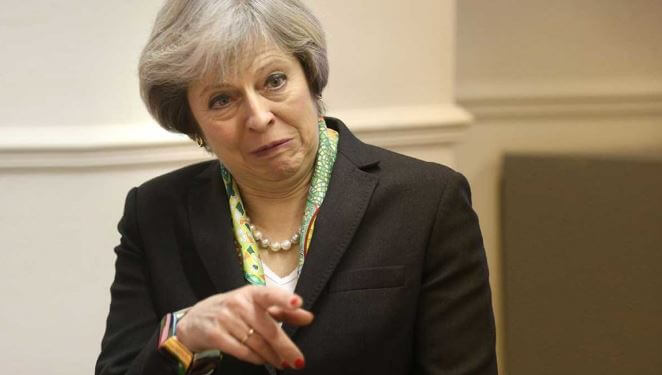 Most of us know, during the recent years, United Kingdom has become an epicenter of anti-Semitism. Radical Islam is on alarming rise in that country and it is even anticipated that Islamists and jihadists may emerge as a dominant force in Britain within next 2-3 decades. Unfortunately, Britons are either unaware or reluctant in taking any measures in checking the rise of anti-Semitism and radical Islam.

For centuries, Britain has been considered as a land of decent people and a country with good governance and rule of law. Most of the nations in the world follow the Westminster type democracy. But unfortunately, newspaper reports are showing extremely discouraging sign of the current days United Kingdom, which already has emerged as the “capital of dirty money”. Last year, Robert Barrington is Executive Director of Transparency International UK in an article said London has become the money laundering capital. Due to failure or intentional ignorance of the issue of huge inflow of black money and dirty money into Britain, London truly is now becoming the epicenter of black money.

United Kingdom is currently a safe haven for corrupt individuals looking launder the proceeds of their illicit wealth, enjoy a luxury lifestyle and cleanse their reputations. Surprisingly the UK economy sees trillions of pounds flow through it every single year. Inevitably most of this money is corrupt wealth – stolen public funds and bribes – which are given a seal of approval by passing through the UK.

Although Britain’s National Crime Agency (NCA) has said it is investigating the use of UK-registered companies and a number of so-called professional enablers in connection with the widening scandal, in reality, a large number of specific cases of money laundering are yet to be within the radar of NCA. It is not only the case of people living in Britain, who had entered with tons of laundered money, some of these individuals are directly involved into terrorism and militancy.

On December 7, 2018 Britain has suspended its top tier investor visas, which require 2 million pounds ($2.55 million) in investment, as part of a drive to crack down on organized crime and money laundering. From Russian oligarchs and Middle Eastern oil barons to newly-minted Asian entrepreneurs and corrupt individuals, the wealthy have flocked to London over the past two decades, snapping up everything from opulent homes to soccer clubs. The influx of super-rich has brought tens of billions of pounds in investment and helped London preserve its position as one of the world’s top two global financial capitals, though the government has been concerned by the provenance of some of the wealth.

Britons and the authorities in that country are letting a notorious man – an militancy funder to continue operating dangerous activities by sitting in London.

Shahid Uddin Khan and his family entered in the United Kingdom under Tier 1 Investor’s Visa and obtained immigration. The tier 1 investor visas, which offered non-European Union residents over three years entry in return for 2 million pounds in investment in United Kingdom bonds, share capital or loan capital in UK companies.

In January 2019 it was learnt from various Bangladeshi newspaper reports that Shahid Uddin Khan and his family were actively involved into jihadist activities and were funding militancy groups such as Islamic State (ISIS). There are militancy related cases against Shahid Uddin Khan, his wife Farjana Anjum and other members of the family which are pending with various police stations and courts in Bangladesh. This family is on the ‘Most Wanted’ list of Bangladeshi law enforcing agencies.

Britain’s National Crime Agency, which tackles serious and organized crime, said in September 2018 that it was stepping up efforts to tackle dirty money funneled into or through the United Kingdom by “corrupt elites”.

It said it planned to extend the use of Unexplained Wealth Orders (UWOs), one means by which the assets of corrupt “politically exposed persons” or those with links to serious crime can be seized. But unfortunately, the case of Shahid Uddin Khan, his wife Farjana Anjum and daughters had never been investigated.