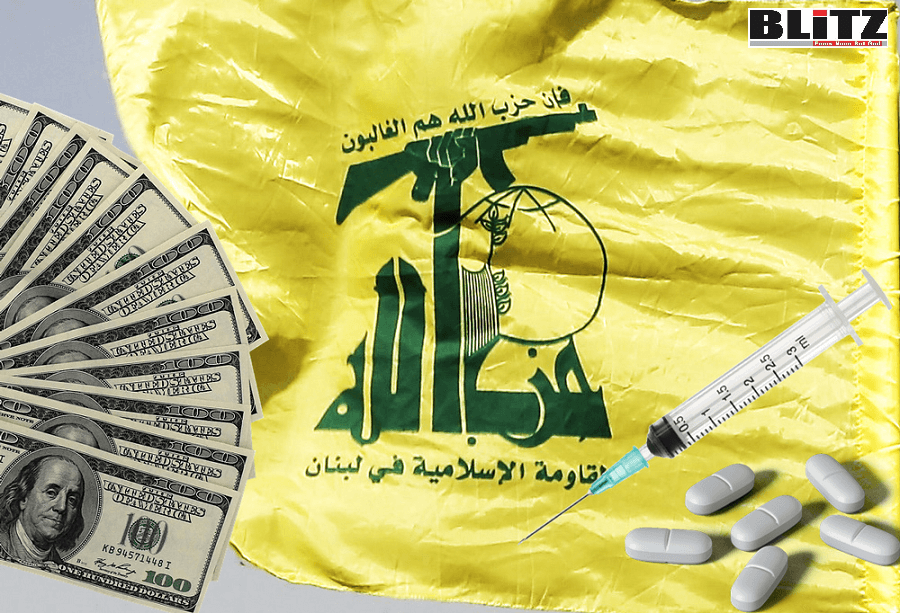 Almost on a regular basis, authorities in Saudi Arabia are foiling attempts of smuggling millions of pieces of a narcotic named amphetamine tablets, which also is known as captagon pills into the Kingdom by organized drug trafficking rackets. Despite specific allegations of Iran-backed Hezbollah’s involvement in this notorious activity, leaders of this militancy outfit have been regularly their involvement. According to intelligence sources, there are several amphetamine tablet production facilities inside Lebanon and Syria, while in the recent past, at least two factories were established by Houthi militias in Yemen – under direct patronization of Iranian regime.

Lebanese Hezbollah’s involvement in production and trafficking of amphetamine tablet came under the radar of anti-narcotic authorities in June 2020, when a consignment of 14 tons of amphetamine were seized in Italy. According to Italian authorities, the consignment of drugs came from the Syrian port of Latakia. Responding to this specific allegation of the Italian authorities, Hezbollah kingpin Hassan Nasrallah said: The accusations had no foundation in reality. On the contrary, they’re investigating the Islamic State, the Italian and Russian Mafia and other criminal networks. Nasrallah said, Hezbollah was being “targeted by fake news” and indicated western “propaganda” behind the claims.

It may be mentioned here that, the US and European drugs agencies have long accused Hezbollah of making billions of dollars from the drugs trade.

Israeli police blame Hezbollah for smuggling hashish into their country. Lebanon is one of the world’s largest producers of cannabis resin. The plant is grown openly, including in areas controlled by the Iranian-backed Hezbollah.

The Italian drug seizure was the largest of its kind. Some 85 million Captagon pills were found hidden inside a shipment of machine parts and industrial paper rolls in the Italian port of Salerno. The drugs were incinerated, under heavy guard, in December last year, along with an earlier shipment of hashish which also came from Syria.

Italy’s financial crimes squad, the Guardia di Finanza, though initially said the pills, which it estimated were worth €1bn ($1.2bn; £900m) had been produced by the Islamic State Group, it was later revealed – Lebanese Hezbollah was behind this consignment. After misidentifying the drugs’ source, the Italian authorities refused to comment publicly on who they believed was responsible for the production.

While, according to another intelligence source found a secret nexus between Lebanese Hezbollah, most wanted Mafia don Dawood Ibrahim’s D Company and drugs cartels in Mexico and Colombia.

“We’re really struggling because the information base is so limited. It’s definitely just the tip of the iceberg,” he told CNN.

Experts working in the region say abuse of all kinds of drugs is a growing problem.

Professor Jallal Toufiq, founder of the Middle East and North Africa Harm Reduction Association told CNN: “There is a worsening of the drug situation in the whole region, with no exceptions.

“We have to be very careful about this because there are no trend studies, but if you collect indirect indicators, I can tell you with certainty there’s an increase in drug abuse in the region.

“We can show it in terms of treatment demand, social expression, related crime, HIV and Hepatitis C increasing in these countries — all these kinds of indirect indicators”.

But he added that a lack of research and data collection on the ground make it hard to identify the scale of the problem.

“In the Middle East and North Africa region there’s a huge void in terms of data and information,” he said. “For many countries there’s a lack of political willingness because people just don’t want to deal with this”.

The kinds of drugs being abused varies across the region.

Use of Cannabis, commonly known as marijuana, is widespread, while Libya and Bahrain in particular have large numbers of heroin users, according to Toufiq.

Lebanon, with its lively nightlife and clubbing scene, has a higher incidence of designer-drug use, for example ecstasy, he said.

But the Middle East particularly stands out when it comes to seizures of amphetamine.

“We’ve been watching [the seizures] increase, but it started exploding around 2006 when we started seeing huge jumps in the drug that’s uniquely known in [the Middle East] as Captagon”.

According to the UNODC, Captagon is the brand name for a pharmaceutical drug developed in the 1960s to treat Attention-Deficit Hyperactivity Disorder (ADHD). Production was discontinued in the 1980s.

Pharmaceutical Captagon contained a synthetic stimulant called fenethylline. These days, narcotic manufacturers in south-eastern Europe are taking advantage of Captagon’s reputation as a stimulant and producing counterfeit Captagon tablets, stamped with the Captagon logo, but containing amphetamine — a controlled substance — as well as other chemicals, including caffeine.

Although there is little data on drug use in Saudi Arabia, Dr. Ali Al-Haqwi of King Saud Bin Abdul-Aziz University for Health Sciences, in Riyadh, has researched attitudes to drugs in the country.

“When I ask people the most commonly abused drug in our community they say alcohol, followed by amphetamines,” he told CNN. “Peer pressure is a very significant factor encouraging people to get involved”.

Toufiq said governments in the region were now waking up to the extent of the drug problem. “They were in denial for years, but things are changing because of social expression,” he said.

“There’s no more censorship of what’s going on in the societies in the region. It’s coming out that there’s a problem and it’s perceived and seen now, so you can’t hide it anymore”.

Analysis report on amphetamine and methamphetamine

In most of the Arab and Asia nations, amphetamine is generally mixed and sold in Shisha lounges or restaurants offering shisha. Only in Dubai, for example, dozens of shisha lounges are openly operating while authorities are unaware of amphetamine-addicted people visiting those places.

Therefore, there is an urgent need of strict regulations worldwide while to check the illicit trafficking of these psychoactive substances on a priority basis, authorities should also outlaw shisha lounges or places offering shisha for the sake of reducing the numbers of amphetamine addiction.