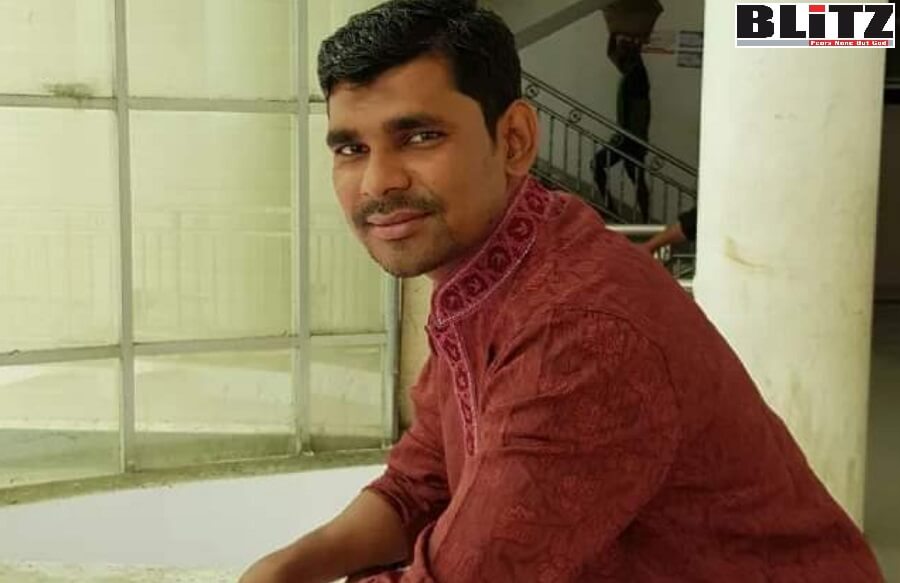 An activist of Bangladesh Nationalist Party has recently made an extremely offensive and seditious comment on a Facebook post praising the self proclaimed killers of Bangabandhu Sheikh Mujibur Rahman.

On August 24, 2021, Tonmoy Ahmed, Coordinator of the Center for Research and Information (CRI) in a post on his verified Facebook page wrote:

Last month, a remark was made about me by Tasneem Khalil (a co-editor with Dr. Kamal Hossain’s son-in-law David Bergman at a US-funded portal) from his verified Facebook page that came to my attention.

Almost 8 years ago, I was stabbed multiple times and left for dead by a gang of Islami Chatro Shibir cadres.

For those who don’t know, Shibir is the armed student wing of the extremist group, Jamaat E Islami. In the year that I got attacked, they were listed as the third most active non-state armed group in the world.

Hence, it was shocking to say the least when Tasneem Khalil tried to tag me as a former activist of Shibir on 16 July 20121. This was of course false, motivated and highly defamatory.

Even thinking about what I and my family went through in the days following the attack makes me shudder. I required 132 stitches in different parts of my body, including my scalp, neck and shoulders. It was frankly a miracle for me to have survived that attack.

Soon after his [Tasneem Khalil] attempt to defame me with his social media comment, he encountered an abundance of protest with evidence from media reports. Startled, he then tried to justify his remarks by stating that his source for his comment was hearsay, from a former and unnamed Shibir activist! As no supporting evidence could be produced by him, he then deleted his said comment.

Hence, I was not surprised when Tasneem Khalil’s co-editor and son-in-law of Dr. Kamal Hossain, David Bergman, came after me with a long list of allegations in a post in Netra News. It is difficult to see David Bergman as a credible analyst given his palpable political links.

The entire post is full of half truths and outright lies. My views and shares in social media are mine and mine alone. However, he was not satisfied with coming after me. He made several defamatory remarks about the Center for Research and Information (CRI) without any evidence.

As I have writer earlier, David Bergman’s principal preoccupation seems to be going after the Prime Minister of Bangladesh and her family members. This seems to stem from his allegiance to his father in law Dr. Kamal Hossain’s political agenda.

On the same day, an individual named MD A S Niron made a comment on the abovementioned post in favor of the self-proclaimed killers of Bangabandhu Sheikh Mujibur Rahman. As publishing Niron’s comment in this report too would be seditious, we have archived a copy for future reference.

As per the information provided on his Facebook account, MD A S Niron lives in Gazipur district and works at a shoe store named ‘Sumon’. He is an activist of Bangladesh Nationalist Party (BNP).

Who is Tasneem Khalil?

Before fleeing Bangladesh, Tasneem Khalil, a protégé of terror-broadcast network Al Jazeera was rather an unknown reporter in Dhaka. But his main assignment was serving the agenda of Al Jazeera by maintaining liaison with local militancy outfits and religious extremist groups. Khalil also was actively involved in propagating against the US and the Western nations. His only identity is of being a protégé of the controversial terror-broadcast network is to defame secularist forces, while he also is assigned to serve the interests of Jamaat-e-Islami and Islamist political forces such as Bangladesh Nationalist Party (BNP). It was earlier reported that Tasneem Khalil is a jihad sympathizer. Under the garb of an “atheist”, Tasneem actually is no less than those lone wolves or sleeper cell members of militancy outfits. Although Netra News is funded by a US Congress-approved organization, it is an unofficial affiliate of Al Jazeera, a Qatari broadcast network which has been ruthlessly critical of the US and anti-militancy forces.

It is anticipated that BNP activist MD A S Niron might have been suggested by Tasneem Khalil or his cohorts to make derogatory and seditious comment praising the self-proclaimed killers of Bangabandhu. Members of law enforcement and intelligence agencies should immediately investigate the case of MD A S Niron and take stern legal action against this culprit.

Blitz has been regularly exposing the notorious activities of individuals like Tasneem Khalil, Shahidul Islam, Shahid Uddin Khan, Kanak Sarwar and others who have been running heinous propaganda against Prime Minister Sheikh Hasina and her family members.