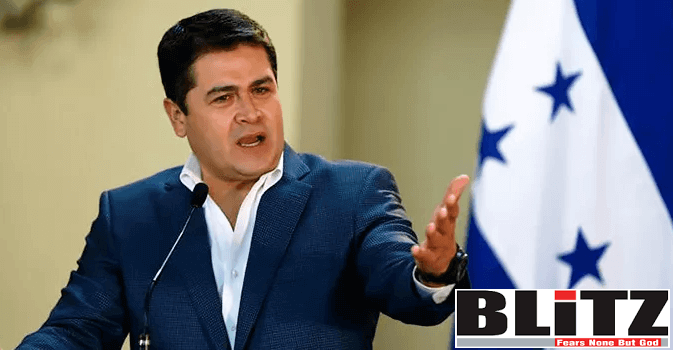 The current president of Honduras has, since 2013, been one of the main targets of a U.S. Drug Enforcement Administration (DEA) investigation into “large-scale drug-trafficking and money laundering activities” related to the “importation of cocaine into the United States,” a court filing shows.

The court document, filed on May 30 by prosecutors with the U.S. District Court Southern District of New York, states the DEA has been investigating President Juan Orlando Hernandez and eight others since 2013. Hernandez became president in January 2014.

Honduras has been a primary point of origin of “caravans” of migrants heading north toward the U.S. border.

The document sought a court order for email information from Apple, Google and Microsoft for eight targets of the investigation, including President Juan Orlando Hernandez and Security Minister Julian Pachecoto, according to a Bloomberg report.

Hernandez’s brother, Juan Antonio “Tony” Hernandez, was charged by federal prosecutors in New York last November for “large-scale” cocaine trafficking from 2004 to 2016. The charges included bribing local officials in Miami to overlook cocaine shipments arriving in the region, making false statements to federal agents, and relying on “machine-gun toting security,” according to a report on the indictment.

“Hernandez and his criminal associates allegedly conspired with some of the world’s most deadly and dangerous transnational criminal networks in Mexico and Colombia to flood American streets with deadly drugs,” Special Agent in Charge Raymond Donovan said in a statement.

At the time of the indictment, President Hernandez called it a “heavy blow” to the family, adding, “No one is above the law.”

The Honduran presidency has released a statement claiming the Justice Department found no evidence to support accusations against Hernandez by alleged drug traffickers.

“This investigation, undertaken in 2015, showed that there were no grounds for bringing charges against the Honduran government or any of its close associates,” the statement said.

The DEA does not confirm or deny whether investigations are ongoing.

During fiscal 2018, which began Oct. 1, 2017, approximately 76,000 Honduran citizens were encountered at the U.S.-Mexico border after illegally crossing north.