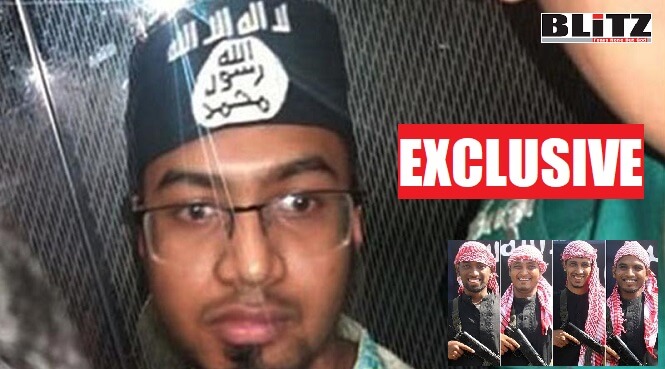 Is there any existence of the Islamic State in Bangladesh? If this question is placed with the authorities, they will outright deny. All through they have been holding “neo-JMB” responsible for recent terrorist attacks in the country, including the gruesome attack on Holey Artisan café in Dhaka. It may be mentioned here that, on the evening of 1 July 2016, five gunmen burst into the Holey Artisan cafe in the upmarket Gulshan district of Dhaka.

The attack saw victims inside the cafe, most of whom were foreigners, shot or hacked to death by the militants.

To my understanding, no jihadist or militancy outfit is named as “neo” anywhere in the world. In fact, there is no existence of the so-called neo-JMB even in Bangladesh. Either they are Jamaatul Mujahidin Bangladesh (JMB) or Islamic State (ISIS) chapter in Bangladesh. For the sake of effectively combating militancy, we need to, first of all, come out of confusion and accept the reality. Of course, some vested interest groups are eagerly seeing the existence of ISIS in Bangladesh. In recent days some ridiculous names have also been invented by some security agencies in the region, claiming their existence in Bangladesh, although such allegations or assumptions are totally baseless.

For the past few years, especially since December 2018, some notorious elements such as Jamaat-e-Islami are making frantic bids in proving the existence of Al Qaeda or ISIS in Bangladesh with the ulterior agenda of putting the government into discomfort. A prominent English daily with a dubious past is particularly enthusiastic in proving the existence of Ansar Al Islam (AAI) or Islamic State in this country. The agenda of that newspaper is no different than that of Jamaat. They want to destabilize the country and somehow create an atmosphere of putting the current government under international scrutiny and even pressure. Thanks to our law enforcement and security agencies for effectively combating jihadist elements and militancy groups in Bangladesh. To my own understanding, the existence of jihadist outfits has been mostly destroyed and even eliminated in the country because of the firm determination of Prime Minister Sheikh Hasina and particular contributions of the security and intelligence agencies. But of course, jihadist activities are still continuing and growing inside the prisons. This is not only happening in Bangladesh but most of the nations in the world, including the United States, Britain, France, Germany, etc., also are expressing concerns at the growth of militancy inside prisons.

Recently, something extremely mysterious happened immediately after the pronouncement of the verdict into the case of the jihadist attack on the Holey Artisan café in Dhaka’s posh Gulshan area in 2016. Immediately after the trial court handed down the death penalty to each of the jihadists, they began chanting “Allahu Akbar” slogan and one of them named Rakibul Hasan Regan put on a black cap with the image of Islamic State (ISIS) flag. Later another jihadist was also seen wearing a similar cap. Following this incident, law enforcing and intelligence agencies have carefully scrutinized the video footage of the court premises and it was clear that these caps were not passed to those jihadists during their stay in the court premises. Instead, it was clearly proved that the caps were manufactured inside the prison.

Commenting on this incident, the jailor of Dhaka Central Jail in Keraniganj told reporters, “We handed them over to the representative of detectives and SB [Special Branch] of police after searching them. We have all the video footage which shows that they left without having any such caps on them”. Undoubtedly, this statement of the jailor is a blatant lie. Prison authorities never seize any prayer cap from the prisoners during the search. Moreover, there are a series of allegations of the prisoners including the jihadists using mobile phones inside the prisons on a regular basis.

Jailor Mahbub also made another false statement saying there was no scope of collecting the cap [with ISIS logo] from within the prison. Rather, the fact is, similar caps can always be manufactured inside the prison from the tailoring section or by paying some cash to few convicted prisoners [especially those convict members of former BDR], who have been doing embroidery works and stitching of caps in exchange of cash or cigarette.

Though Islamic State members do not use any such cap, those convicted jihadists possibly used the cap to pronounce their identities as the “fighters” of ISIS. Immediately after the gruesome attack on the Holey Artisan café, Islamic State released several video footage claiming responsibility of this attack, which had killed several individuals, including foreigners and locals.

The cap mystery and jihadists inside the prison

Although the matter of ISIS cap in the court is under investigation, there is possibly no room of having any doubt about this cap not being passed to the Holey Artisan attackers by anyone in the court premises. Instead, it certainly was manufactured inside the prison. The second point is, the prison authorities are particularly reluctant about the issue of dubious activities of the imprisoned jihadists in most of the jails in Bangladesh. The Dhaka Central Jail in Keraniganj or Kashimpur Central Jails (Part 1, 2 and 4 (high security) are no exception. In these jails, jihadists enjoy maximum facilities by bribing the authorities. Even they use mobile phones and communicate with their counterparts outside the prison, including some jihadists in India and Pakistan. Jailors are fully aware of these illegal activities but they remain mum just because of the monthly payment they receive from the jihadist outfits.

Dhaka Central Jail in Keraniganj is particularly a safe haven of the jihadists. According to specific information, jihadists either hire mobile phones from the prison guards or imprisoned top-terrorists. They pay a certain amount as daily or weekly rent for each of the phone sets. Even some prison guards work as the messengers of these jihadists in exchange for money.

Holey Artisan café attacker’s wearing an Islamic cap with the ISIS logo or their chanting of “Allahu Akbar” slogan inside the courtroom is a matter of grave concern. It had clearly exhibited the degree of the audacity of these beasts. For the sake of effectively combating radical Islam and militancy, the government should immediately take the decision of building a separate prison only for the jihadists with fool-proof security arrangements. Tough punitive measures should be initiated against the prison officials and guards in case of their connections or relations with the jihadists. The case of Islamic cap with ISIS logo in the court premises should be thoroughly investigated by the country’s intelligence agencies forthwith.

Salah Uddin Shoaib Choudhury is an internationally known multi-award-winning anti-militancy journalist and editor of Blitz. Follow him on Twitter at Salah_Shoaib