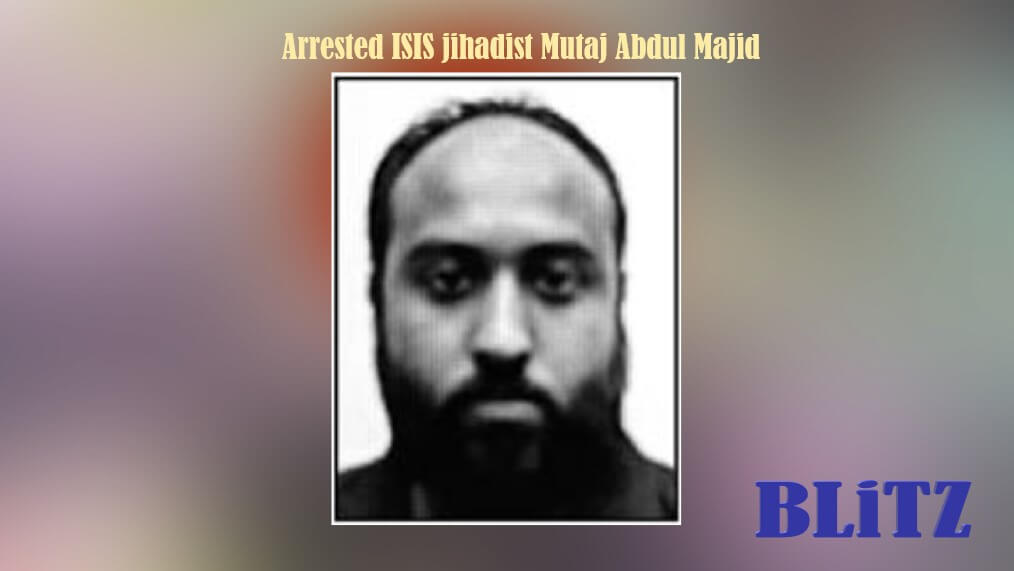 Bangladesh authorities have arrested an Islamic State (ISIS) fighter who had entered the country in disguise by cheating the eyes of the immigration authorities. Mutaj Abdul Mazid (25), went to Turkey in 2016, where he met ISIS handlers. After two years, he crossed the Turkish border and went to Syria and joined the notorious jihadist outfit as a fighter. In February 2019, following defeat of ISIS forces in Syria, Mutaj left the battlefield and once again crossed the border – entered Turkey and finally landed in Bangladesh by a Turkish Airlines flight. Based on a report from a foreign intelligence agency, the Counter Terrorism and Transnational Crime (CTTC) unit of Bangladesh Police on May 5, 2019, arrested Mutaj Abdul Mazid from Dhaka’s Uttara area. But CTTC are not officially endorsing the fact of Mutaj’s connections with Islamic State. Instead it is saying he was trying to establish contacts with a home-grown militancy group named Jamaatul Mujahedin Bangladesh (JMB). Although Bangladeshi law enforcing agencies are trying to portray the latest jihadist activities of JMB as acts of ‘Neo JMB’, in reality there is no such jihadist group in existence. But, police sources are saying, a man named Mutaj had entered Bangladesh from Syria and was trying to establish Caliphate in the country.

Mutaj Abdul Mazid though holds Bangladeshi passport, he had never been to this country. He was born and raised in Saudi Arabia. His father Kafil Uddin Bepari hails from Shariatpur district in Bangladesh. Mutaj is amongst his 11 children. Following death of his father, Mutaj joined his brother’s fabric business in Saudi Arabia, from where he had gone to Syria to join ISIS.

CTTC sources told reporters, Mutaj does not know Bangla. His main language is Arabic, while he knows only a little bit of English. The source also said, validity of Mutaj’s Bangladesh passport would expire end of 2019. He was trying to get the passport renewed and visit some other country.

Bangladeshi law enforcing agencies have the list of 50 locals who had gone to fight for ISIS.

Previously another Bangladeshi government official named Gazi Kamrus Salam Sohan, who is the engineer with Dhaka Electricity Supply Company (DESCO) was arrested by the Rapid Action Battalion on his return from Syria. Sohan also had joined ISIS and took part in Syrian warfront.

It may be mentioned here that, a fugitive sacked officer of Bangladesh Armed Forces has been continuing jihadist activities from Britain for past few years. According to media reports, Md. Shahid Uddin Khan (Army No: BA002428, Course: 8-BMA, Commission Date: 10-06-1983), who along with his wife Farjana Anjum and daughters Shehtaz Murashi Khan and Parisa Pinaz Khan had smuggled out millions of dollars from Bangladesh and invested in various business ventures in United Arab Emirates and United Kingdom.

It is learnt from several sources, Md. Shahid Uddin Khan has been providing financial assistance to a number ISIS brides, while he has been actively pushing the agenda of establishing Caliphate in Bangladesh. He has also funded the recent blasts in Sri Lanka during the Easter Sunday.

The cases of arrest of Mutaj Abudl Mazid and Gazi Kamrus Salam Sohan clearly prove, ISIS men are entering their home countries under disguise. Presence of such notorious people clearly would pose grave threat to the national security of the respective nations. It also is known that several ISIS men of Indian origin had also entered the country via Indo-Pakistan borders.