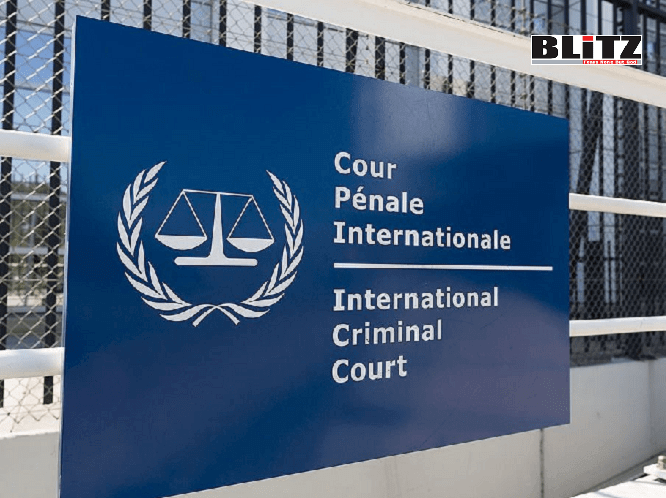 The International Criminal Court (ICC) at the Hague has an abysmal record. It has few convictions, yet in the 17 years of its existence has spent more than $1.5 billion. The ICC’s decision to investigate supposed Israeli war crimes is a largely political ruling. Israel should confront the court by exposing that its multiple deficiencies far exceed its merits.

In 1998, a group of world leaders adopted the Rome Statute, which established the International Criminal Court (ICC). This independent court was intended to judge and convict those responsible for war crimes. In 2002, the ICC started its activities in the Hague, Netherlands.

In March 2014, Forbes reported that in the 12 years of the court’s existence, it had obtained a grand total of two convictions. Both were Congolese warlords. The second of these was acquitted of the most serious charges against him.

By that point the ICC had accumulated expenditures of $1 billion.

It is inaccurate to call the ICC a “court.” A better description would be “a research facility and political forum for lawyers that seldom if ever convicts a war criminal.”

By 2014, it was evident that the ICC was a resounding failure. It wasted vast amounts of public money under the false pretense of convicting large numbers of unpunished war criminals.

In 2018, the Washington Post wrote that the ICC had completed nine cases in its history. Two resulted in convictions and one in a guilty plea. Eleven other cases were still under investigation.

The court had spent hundreds of millions more dollars since 2014.

For 2020, the ICC is requesting a budget of over $160 million. It employs 900 staff members of whom 18 are judges. If the ratio of ICC expenditure and lawyer numbers to convictions and investigations were typical, hardly any justice would be meted out in the world.

Besides being inefficient, the ICC has other major failures. Everyone investigated so far has come from an African country. Yet since the court was established, hundreds of thousands of people from many other locations around the world have been murdered or driven out of their countries as a result of war crimes. The ICC has not concerned itself with any of their cases.

Furthermore, to be credible, an international court should employ prosecutors and judges from democratic states. The ICC’s current president is Chile Eboe-Osuji of Nigeria, a state Freedom House ranks as partly free and not democratic. It notes that political corruption remains endemic in that country. Militants and security officials consistently violate the human rights of Nigerians, and civil liberties in Nigeria are undermined by religious and ethnic bias.

ICC Chief Prosecutor Fatou Bensouda comes from Gambia. Freedom House does not rate Gambia a democracy and states that the rule of law is unconsolidated in that country. Bensouda was Minister of Justice and Attorney General of Gambia from 1998-2000 under President Yahya Jammeh, who took power by coup. He is considered a brutal dictator and has stolen major sums of money from the country.

Nor is the ICC independent. Ambassador (ret.) Alan Baker, a former legal advisor to the Israeli Ministry of Foreign Affairs and currently at the Jerusalem Center for Public Affairs, writes:

Placing part of the ICC’s financing at the political mercy of the UN General Assembly undermines and prejudices any pretension of independence of the Court. Funding of the ICC, like any other action requiring approval in the UN General Assembly, is, of necessity, a process driven by the political and economic interests of its members and subject to political bargaining that is unconnected to the needs of the Court. Despite the best intentions of its founders, the very independence and impartiality of the Court was flawed from the outset by constitutionally linking the Court with the United Nations.

When the ICC Prosecutor asked the ICC Court to investigate American military and intelligence professionals who served in Afghanistan, the White House made a damning statement: “The United States has consistently declined to join the court because of its broad, unaccountable prosecutorial powers; the threat it poses to American national sovereignty; and other deficiencies that render it illegitimate. Any attempt to target American, Israeli, or allied personnel for prosecution will be met with a swift and vigorous response.” Earlier the US announced that no visa would be issued to ICC personnel investigating their country. The ICC’s judges unanimously rejected the ICC Prosecutor’s request for an investigation into the US military.

Bensouda’s announcement that the ICC intends to investigate supposed Israeli war crimes is both legal and political.

Israel’s legal responses to this threat were professional. The Israeli Ministries of Foreign Affairs and Justice have been dealing with the possibility of an ICC anti-Israel action for quite some time and have been in touch with the ICC on the issue.

Only sovereign states can delegate criminal jurisdiction to the International Criminal Court. The Palestinian Authority clearly does not meet the criteria. ..The Court was not established for such purposes, nor does it have the authority or capacity to determine such matters, especially in the absence of the consent of the parties.

Baker said: “Only sovereign states may appeal to the court and there exists no sovereign Palestinian state with sovereign territory over which the court could extend its jurisdiction.”

On the political side, however, Israel’s reactions have been erratic. The government could have prepared a strong reaction crafted over many months, but Israeli PM Benjamin Netanyahu and Defense Minister Naftali Bennett resorted to calling the court “antisemitic.” This may well be true, if one applies the International Holocaust Remembrance Association definition of antisemitism to the Court’s decision, but it is largely irrelevant. Antisemitism is not the battleground on which Israel’s political campaign against the ICC should be conducted.

Choosing the Israeli-Palestinian issue over dozens of other cases incomparably more in need of investigation by the ICC was a heavily biased political decision. In order to gain relevance, the ICC has to get away from Africa, and Bensouda thought Israel would be a winnable target. The ICC thus defined itself as a political adversary of Israel, if not an enemy.

This is not the first time Israel has been confronted by international bodies cloaking political agendas behind pseudo-legal procedure. One example was the 2004 International Court of Justice advisory opinion on the Israeli security fence. Another concerned the UN Human Rights Council (UNHRC), which gave the Goldstone Commission a biased mandate to investigate actions by Israel but not by Hamas.

From a strategic point of view, the ICC should be confronted as an enemy. Israel should focus on vigorously publicizing that the deficiencies of the court grossly exceed its merits.

The process of exposure will be much quicker if Israel mobilizes as many allies as possible who have come to a similar conclusion, including the US. Negative exposure of the ICC will be much faster than will the court’s investigation of the Palestinian-Israeli conflict.