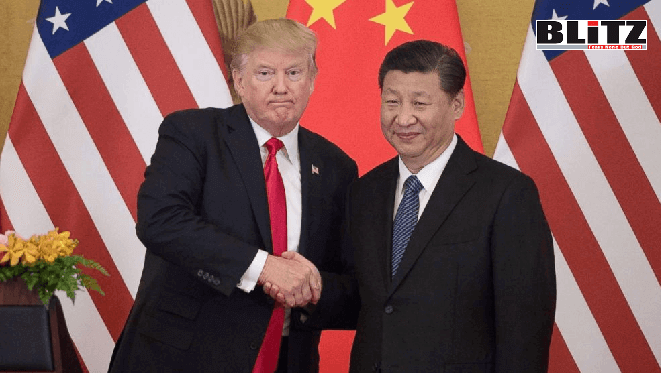 As China rises and the West grows increasingly troubled, the existing world order is in flux. To stabilize it, the US would need to strengthen its alliances across Eurasia, initiate economic plans, and work closely with the Chinese. Casting Beijing out would be detrimental, but giving it large concessions is too risky. Western and Chinese diplomats will need to find a middle ground if they are to be more successful than were their predecessors from other periods of history.

Many in the West believe China’s economic ascendancy indicates that Beijing is covertly working to usher in a new world order in which the balance of power has shifted.

History shows that changes in the world order are inevitable, but they do not take place as quickly as some analysts think. For example, the rise of the US to the world’s primary geopolitical position took nearly half a century, from the late 19th to the mid-20th century. France’s rise to domination over western Europe in the late 16th-early 17th century was a long and arduous process.

In these as well as many other cases from ancient and medieval times, the rise of a new power was facilitated by stagnation, gradual decline, and military confrontation among the various existing powers.

For instance, the US was already powerful in the early 20th century, but it was the infighting during the two world wars among the European powers that brought down the edifice of the Europe-led world order and opened a path for American ascendancy.

But while it is possible to identify the changing winds of the world order through various analytical methods, it is much harder to find ways to preserve an existing order. It requires a whole constellation of leaders from competing sides to grasp the severity of the threat posed by radical change and to pursue measures together to cool down tensions.

The key question that needs to be addressed is whether the West still possesses the necessary political, economic, and military tools to uphold the existing world order and not allow slip it into chaos, as the world’s leaders mistakenly did in the first half of the 20th century.

The successful preservation of an existing world order is a rare event in history. Following the Congress of Vienna in 1814-15, European leaders gathered to build a long-lasting peace. They saw that the French power, though soundly defeated under Napoleon I, needed to be accommodated within the new fabric of the European geopolitical order. This meant not only inviting French representatives to conferences, but offering military and economic cooperation as well as concessions to the French to limit their political grievances.

In other words, European diplomats had an acute understanding of post-French Revolution geopolitics and understood the need to build a long-lasting security architecture through balance of power.

But such approaches are unusual. Perhaps the shock of the bloody Napoleonic Wars, as well as the presence of such brilliant diplomats such as Metternich, Talleyrand, Castlereagh, and Alexander I, assured the success of the new order.

It is far more common that challenges to the world order lead to direct military confrontation. Failure to accommodate Germany in the early 20th century led in part to WWI, and the errant diplomacy of the Treaty of Versailles led in part to WWII. The list goes on.

China’s rise to power is another case for study. The country is poised to become a powerful player in international politics thanks to its economic rise and concurrent military development. Beijing has strategic imperatives that clash with those of the US. It needs to secure procurement of oil and gas resources, which are currently most readily available through the Strait of Malacca. In an age of US naval dominance, the Chinese imperative is to redirect its economy’s dependence—as well as its supply routes—elsewhere.

That is the central motivation behind the almost trillion-dollar Belt and Road Initiative, which is intended to reconnect the Asia-Pacific with Europe through Russia, the Middle East, and Central Asia. At the same time, Beijing has a growing ambition to thwart US naval dominance off Chinese shores.

In view of these factors, mutual suspicion between Beijing and Washington is bound to increase over the next years and decades.

Thus we are amid a changing world order. What is more interesting, however, is what the US (or the West collectively) can do to salvage the existing order.

From the US side, a strengthening of existing US-led alliance systems with Middle Eastern and Asia-Pacific states could help to retain American influence in Eurasia. Specifically, it would enable the US to limit Russia’s, Iran’s, and possibly China’s actions in their respective neighborhoods.

Another powerful measure to solidify the existing the world order would be to increase Washington’s economic footprint across Eurasia. This could be similar the Marshall Plan, with which the US saved Europe economically and attached it to the US economy. New economic measures could be even more efficient and long-lasting in terms of strengthening Western influence across Eurasia.

But no matter what economic and military moves the US makes with regard to allies such as South Korea, Japan, Israel, Saudi Arabia, and others, any attempt to uphold the existing world order without China’s cooperation would be short-lived. It would echo the way Germany was cast out of the Versailles negotiations, which served only to create a grievance in Berlin and prompt clandestine preparations for a new conflict. In a way, the West’s current problems with Russia can also be explained this way: Moscow was cast out of the post-Cold War order, which caused worry and a degree of revanchism among the Russian elites.

Without China’s inclusion in the world order, no feasible security conditions can be laid out. To be preserved, the world order must be adjusted to rising challenges and new opportunities. Many Western diplomats are uncomfortable dealing with China, but casting Beijing in the role of direct competitor would not solve the problem. Nor would giving Beijing large concessions, which would be too risky.

What is required is a middle road—a means of allowing China to participate in an adjusted world order in which some of its interests are secured. Only that will increase the chances for long-lasting security in Eurasia.

Pulling this off will require an incredible effort from Western and Chinese diplomats. It remains to be seen whether they will be more successful than were their predecessors from the early 20th century and other periods of history.