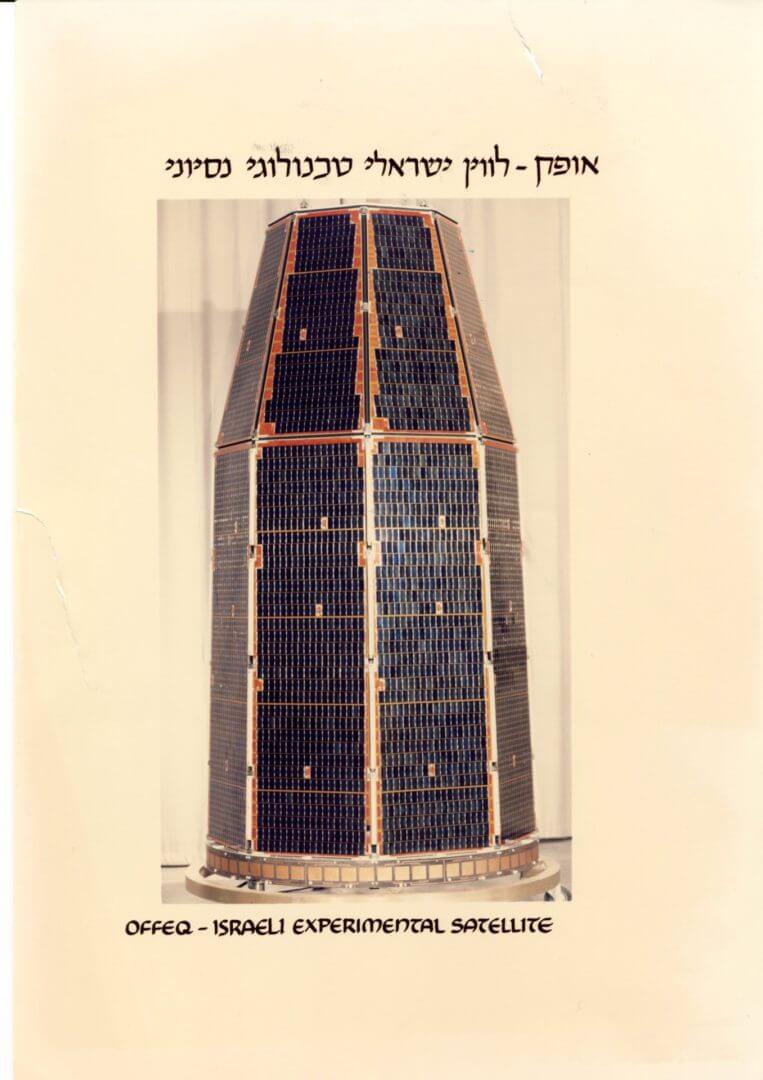 News Desk
Ofek 1 was built as part of a pilot program meant to establish Israel’s independent space capability. Under a heavy veil of secrecy, Israel developed unique satellite capabilities in order to preserve its qualitative edge and intelligence superiority in the region. Today, thirty years from that historical launch, the video of the Ofek 1 launch and footage from the Ofek 11 satellite are released for the first time. In the course of the 30 years that elapsed, tens of satellites built by IAI operated in space around earth, serving Israel’s defense and scientific research programs.

Brigadier General (ret.) Amnon Harari, Head of Space Programs, Directorate of Defense R&D, Israel Ministry of Defense, said, “Within a short time, we have established a purely ‘Blue and White’ space industry with outstanding capabilities and achievements. Only few nations across the world can boast comparable accomplishments. In the course of 30 years, we have launched 24 satellites, including for communication and reconnaissance applications as well as nano-satellites. This is not a one-time feat but a strategic national endeavor. Israel’s independent satellite capabilities provide it with a significant edge in addressing the various threats. The quality of the images generated by the different satellites is excellent and they provide us with invaluable intelligence information, proving that the sky is not the limit. In addition to the defense needs met by our space industry, our work contributes to the economy, the technological and scientific education, to small and startup companies, and more”.
Boaz Levi, Executive Vice President and General Manager of Systems, Missiles & Space Group, said, “thanks to the well-planned observation satellite program managed by IMoD with the best of Israel’s brains, IAI records extraordinary technological achievements time after time. Our geographical location has forced us to develop small and lightweight satellites that provide excellent images that help defend the State of Israel. IAI is proud to lead Israel’s space eco-system, a technological and economic growth engine, and surpass Earths boundaries each time anew.”