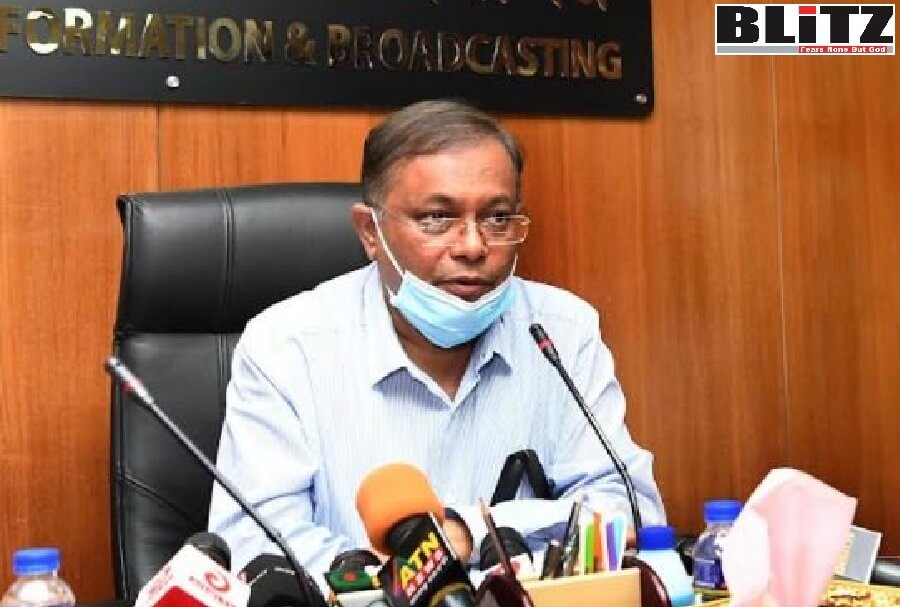 “The same vested quarter had spread rumors over the Padma Bridge and conspired against the country and the welfare of its people in past. The government is firmly determined to give exemplary punishment to those who staged this and spread rumors in social media,” he told newsmen at his Secretariat office.

The minister said, “I would like to tell the Hindu community to perform worship without fear and in a festive and enthusiastic mood. The countrymen and the government stay beside you.”

Hasan said Bangladesh is now an example of communal harmony before the globe and this has been established under the dynamic leadership of Prime Minister Sheikh Hasina.

He said the country achieved the independence through the blood of the followers of all religious faiths, including Hindus, Muslims, Buddhists and Christians, under the leadership of Father of the Nation Bangabandhu Sheikh Mujibur Rahman. But, the vested quarter that was against the country is now busy with conspiracy against the ongoing development under Bangabandhu’s daughter Prime Minister Sheikh Hasina and this quarters doesn’t want the communal harmony to exist, he added.

For this, the minister said, they (vested quarter) staged mayhem at different times and tried to destroy the communal harmony by spreading rumors in social media.

He said, analyzing the heinous activities in the last few years, it was found that there were nefarious motives against those. But, the government resisted all incidents with an iron hand, said Hasan, also Awami League joint general secretary.

He said, “I heard different statements over the incident of Nanua Dighi of Comilla. The Hindus and the Muslims are living there peacefully for years. And the temple was closed at night. Even, they turned off the lights. Police is investigating the incident. I’m sure who did the incident will be disclosed soon. The culprits will be brought to book soon.”

The minister said it is clear that the persons who carried the incident were involved in misdeeds. Different organizations including police are investigating it, he added.

He said there was a political motive behind the incident. A vested quarter that failed to face Prime Minister Sheikh Hasina politically is busy in spreading rumors and destroying communal harmony through social media, he added.

He said rumors were spread during the construction works of Padma Bridge. “As a result, many innocent people were killed. The same quarter had told that the government would not construct the Padma Bridge and involved the World Bank in their conspiracy. The same people staged the incident at Comilla to destroy communal harmony,” said Hasan.

He said police and other law enforcement agencies have controlled all incidents which took place yesterday centering the issue of Comilla. “I would like to urge the people not to be confused. The government is determined to give exemplary punishment to those culprits. And the situation is under control,” he added.