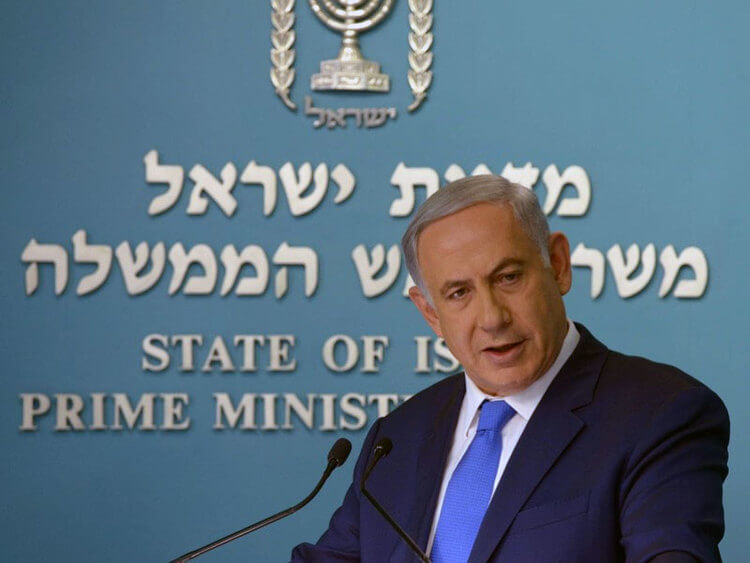 The Israeli military on Sunday rejected the Russian defense ministry’s claim that it was entirely to blame for the downing of a Russian spy plane by Syrian air defenses during an Israeli strike last week, reiterating that Syria was at fault.

In a statement, the Israel Defense Forces maintained its version of events — that the Russian reconnaissance plane was shot down as a result of indiscriminate Syrian anti-aircraft fire — and said it would continue to act to prevent terrorist groups from obtaining advanced weapons.

“The full, accurate and factual details are known to the Russian military professionals involved in the matter, and from them it is clear that the deconfliction mechanism worked and did so in a timely manner (as it has for the past two and a half years),” the IDF said Sunday evening, referring to a hotline between the two militaries meant to avoid such inadvertent clashes and casualties.

Earlier on Sunday, the Russian defense ministry released the findings of its investigation into the downing of the plane and the deaths of the crew. Moscow said Israel alone was responsible for the incident, accusing the IDF of failing to give notice of its attack in a timely and accurate manner, and claiming the Israeli pilots used the Russian surveillance aircraft as cover during their strike.

The IDF rejected all the Russian findings.

“The Israeli Air Force does not hide behind any plane, and the Israeli jets were in Israel’s airspace when the Syrians struck the Russian plane,” the military said.

“The downing of the plane by the Syrians was tragic and difficult, and we take part in the sorrow of the families and the Russian people,” the IDF added.

Nevertheless, the Israeli military said that it would continue to operate against Iran and Hezbollah in Syria and that it hoped its coordination efforts with Russia continued.

“In accordance with the political echelon’s directive, the IDF will continue to act against Iran’s never-ending efforts to entrench itself in Syria and to arm the Hezbollah terrorist group with deadly, accurate weapons,” the army said.

“The coordination between the Israel Defense Forces and the Russian army has proved itself on a number of occasions over the years. The continuation of the coordination is a shared interest in light of the various regional challenges,” the IDF said.

The military added that it placed the lives of Russian forces in Syria high on its list of priorities and that they “represented a significant consideration in receiving permission for every action.”

In an apparent criticism of the Syrian army, which the IDF has said fired its air defenses indiscriminately last Monday night, the Israeli military added that the “use of advanced weapons by irresponsible entities significantly endangers the area and can severely harm forces operating in the region.”

In Sunday’s press conference, Russian defense ministry spokesperson Maj. Gen. Igor Konashenkov disputed Israel’s investigation of the incident and said the pilots’ actions “either lacked professionalism or were an act of criminal negligence, to say the least.”

Moscow initially blamed Israel for the downing of its surveillance plane last Monday. But during a phone call Tuesday with Prime Minister Benjamin Netanyahu, Russian President Vladimir Putin appeared to walk back that assessment, saying a “chain of tragic accidental circumstances” was responsible for the loss of the plane and its crew — not Israel.

Konashenkov’s press conference appeared to indicate that Russia was going back to its initial view that Jerusalem was indeed responsible.

“We believe that the blame for the tragedy of the Russian Ilyushin aircraft lies entirely with the Israeli Air Force and those who made the decision to carry out such actions,” he said, according to a translation of the press conference provided by the Kremlin-backed Russia Today television channel.

The Russian defense ministry spokesman said Israel’s actions violated a 2015 deconfliction agreement between the two countries, which was meant to prevent such clashes and inadvertent casualties. He added that the IAF rarely informs Moscow of its attack plans.

“During the timeframe covered by the agreements, the Israeli command center received 310 notifications about Russian missions near Israeli territory. During the same time, Israel issued only 25 notifications and did so only just before attacks,” Konashenkov said. Those figures could not be immediately confirmed by Israel.

“This is an extremely ungrateful response to all that has been done by the Russian federation for Israel and for the Israeli people, recently,” he added, apparently referring to Moscow’s role in enforcing a ceasefire agreement in southwest Syria that is meant to keep Iranian forces away from Israel’s border.

The Russian government’s announcement came two days after an Israeli delegation returned from Moscow, having presented the IDF’s version of events to the Russian military’s top brass.

Upon the delegation’s return on Friday, a senior Israeli official said Moscow appeared to have accepted the IDF’s investigation.

“Our impression is that the discussions were professional and that the information was accepted,” the officer said at the time, speaking on condition of anonymity.

However, the Russian defense ministry’s announcement on Sunday indicated that Moscow was in fact siding with its close ally Syria, a decision that Israeli analysts say may significantly hamper the IDF’s ability to conduct operations against Iran and its proxies in Syria.

Moscow said Israel “misled” the Russian military about the location of the attack and providing insufficient time to move the Il-20 spy plane to safety.

“Thus Israel did not inform Russian forces about its operation in advance. But rather, [the IDF] offered a warning simultaneously, with the beginning of the strike,” he said.

That statement directly contradicted the claim made by the senior IDF officer, who told reporters on Friday, “We definitely gave a warning time much longer than one minute; we acted in accordance with the standard operating procedures that are in place with the Russian military, this time as we have done before.”

Konashenkov also accused Israel of providing incorrect information about the location of the strike.

“The city of Latakia is in a western province of the country, not in the north of the Syrian Arab Republic. The misleading information provided by the Israeli officer about the aerial strike did not allow the Russian Il-20 aircraft to move in a timely manner to a safe area,” he said.

While the port city of Latakia is located on the country’s western coast, it is also close to Syria’s northern border with Turkey.

Like Loading...
Recommended for you:
Continue Reading
Advertisement
You may also like...
Related Topics:Israeli Air Force does not hide behind any plane, Israeli military said that it would continue to operate against Iran and Hezbollah in Syria, The IDF rejected all the Russian findings