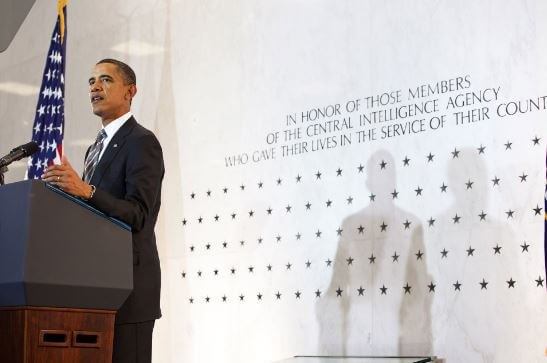 Any political leadership must interact with its intelligence community to make strategic decisions. The intelligence input must be professional, independent, courageous, and apolitical.

During a visit to CIA headquarters in Virginia on January 4, 1994, President Clinton observed: “Intelligence is a unique mission. Nobody knows that better than those of us who have the honor to serve in the Oval Office.” President Truman autographed the photo of himself that hangs in that building with these words:

To the CIA, a necessity to the president of the United States, from one who knows. Every morning, the president begins the day asking what happened overnight. What do we know? How do we know it? Like my predecessors, I have to look to the intelligence community for those answers to those questions. I look to you to warn me and, through me, our nation of the threats, to spotlight the important trends in the world, to describe dynamics that could affect our interests around the world.

President George W. Bush, in his memoir, Decision Points (2010), explained that retaining Bill Clinton’s CIA director George Tenet sent a message of continuity and showed that he considered the Agency beyond the reach of politics.

In his book Getting to Know the President (2012), John L. Helgerson emphasized one of the toughest challenges facing the intelligence community, which is to stay out of politics. In his words: “Perhaps the most challenging of the political issues with which the Intelligence Community must grapple in establishing and sustaining its relationship with a new administration is how to support the president without being drawn into policymaking.”

Henry Kissinger, probably the country’s preeminent national security advisor, in his book White House Years, praised Director of Central Intelligence (DCI) Richard Helms as “disciplined, meticulously fair and discreet.” He said Helms performed his duties with an essential objectivity, and asserted that “he never forgot that his integrity guaranteed his effectiveness, that his best weapon with presidents was a reputation for reliability.” Therefore, Kissinger concluded, “the CIA input was an important element of every policy deliberation.”

The battle against ISIS during President Barack Obama’s administration exposed the delicate nature of the interaction between decision-makers and the intelligence community. On September 30, 2014, Obama said of the then Director of National Intelligence (DNI), “Our head of the intelligence community, Jim Clapper, has acknowledged that, I think, they underestimated what had been taking place in Syria…we [the US] underestimated the Islamic State” and “put too much faith in the Iraqi army,” whose soldiers turned tail rather than wage war against ISIS fighters invading from Syria.

Clapper said the intelligence community had monitored ISIS’s rise and activities, but acknowledged that “what we didn’t do was predict the will to fight.” He compared ISIS to the Viet Cong and admitted that he and his subordinates had overestimated the fighting capabilities of the Iraqi armed forces.

This public airing of intelligence missteps could indicate a pre-coordinated understanding between Obama and Clapper in which the intelligence community would bear responsibility while the DNI (Clapper himself) would not be removed from office.

Obama implemented an easy means of confronting the problem of difficult decision-making by adopting the mantra, “When in doubt, blame the intelligence community.” He infuriated intelligence officials by making them into scapegoats, and critics complained that he was trying to avoid his own responsibility. Representative Mike Rogers, chairman of the House Intelligence Committee, was critical of Obama’s remarks. “This was not an intelligence community failure,” he said, “but a failure by policy makers to confront the threat.”

ISIS was the subject of another American intelligence controversy: the CENTCOM scandal. According to a report released by a House Republican task force on August 11, 2016, intelligence assessments approved by senior leaders at US Central Command (CENTCOM) from the middle of 2014 to the middle of 2015 consistently presented an overly optimistic representation of what was happening on the ground in the fight against the ISIS.

In May 2015, a whistleblower (a DIA analyst assigned to CENTCOM) filed a complaint about the manipulation of intelligence reports by CENTCOM leaders alleging that senior leaders “violated regulations, tradecraft standards, and professional ethics by modifying intelligence assessments to present an unduly positive outlook on CENTCOM efforts to train the ISF [Iraqi Security Forces] and combat ISIL.” The complaint was backed by 50 CENTCOM employees.

The House report found that information from CENTCOM was included in President Obama’s briefings on the status of the fight against ISIS. When retired Lt. Gen. Michael Flynn, the former director of the Defense Intelligence Agency, was asked about CENTCOM’s faulty reports, he said, “The phrase I use is ‘the politicization of the intelligence community.’ That’s here. And it’s dangerous.”

Although investigators have not found evidence that the Obama administration collaborated with CENTCOM and the J2 to produce misleadingly optimistic reports about the status of the fight against ISIS, it is unclear why the reports were skewed. Rep. Mike Pompeo, then a member of the House investigation, suggested, “The most senior leaders in Central Command and the J2 had a deep understanding of the political narrative the administration was putting forth. The culture was one where you were rewarded for embracing that political narrative. The president was out talking about the same fight, the success of defeating the jihadist threat. The messaging from the [National Security Council] and the White House was all in one direction. So there is no alternative explanation for why they would behave this way they did.”

President Trump’s administration, from its first days, displayed a distrust of the intelligence community. The main reason was the “joint intelligence community” assessment of Russian intervention in the presidential campaign of 2016. The dramatic document, released on Jan 6, 2017, just before Trump’s inauguration, stated:

[W]e assess [that] Russian President Vladimir Putin ordered an influence campaign in 2016 aimed at the US presidential election. Russia’s goals were to undermine public faith in the US democratic process, denigrate Secretary Clinton, and harm her electability and potential presidency. We further assess Putin and the Russian Government developed a clear preference for President-elect Trump.

Later, on July 24, 2018, James Clapper revealed that it was Obama himself who had ordered the intelligence assessment that resulted in Robert Mueller’s investigation into Trump. Clapper told CNN, “If it weren’t for President Obama, we might not have done the intelligence community assessment that we did that set off a whole sequence of events which are still unfolding today, notably, special counsel Mueller’s investigation. President Obama is responsible for that, and it was he who tasked us to do that intelligence community assessment in the first place. I think it’s an important point when it comes to critiquing President Obama.”

In this respect, attention should be drawn to an investigative article published by the prestigious monthly magazine, Le Monde Diplomatic, in December 2017. In the piece, American columnist Aaron Mate concluded that “Donald Trump became president through his own conmanship. He didn’t need Russian help with his election, and he may not have got it.”

The bad blood between Trump and the intelligence community, which was expressed once again as recently as January 30, 2019, when the president criticized intelligence assessments on Iran and North Korea, could be a symptom of decision-makers’ preference for basing policy on raw intelligence rather than on assessments. Trump suspects that Obama’s legacy continues to affect the intelligence analyses he receives. He might believe intelligence is used as a PR tool to counter his own ambitions in the international arena. The notion of the “deep state” could be affecting his strategic considerations. Trump’s preference is to rely on the NSC – especially John Bolton – when dealing with international topics.

Trump’s policy towards Iran’s JCPOA, as well as his strategic perception concerning North Korea’s nuclear and SSM arsenal, appears to have been executed in spite of the intelligence community’s assessments, not because of them. To date, in both cases, Trump seems to be on the right side of the equation.

In White House Years, Kissinger was explicit about the fine line an intelligence director must walk between offering intelligence support and making policy recommendations. A comprehension of this tension could improve Trump’s judgment regarding the purported shortcomings of US intelligence assessments. On the other hand, the common understanding among intelligence services is that their strategic assessments should be the main pillars in the process of policymaking.

Former Israeli Director of Military Intelligence Maj. General (res.) Shlomo Gazit has reflected on this matter. In an article published in 1987, he asserted, “the leader (civilian or military) has the right to ignore the intelligence assessment he was offered. It’s a must to bear in mind that there are always several different considerations which are not related to the ‘enemy’s’ aspect of the assessment, considerations the intelligence is not supposed to investigate whatsoever. Furthermore, it would be absolutely legitimate if the leader were to deliberately decide contrary to the intelligence assessment, provided he was fully aware and in complete comprehension of it.”

Established practice suggests that leaders/decision-makers prefer to be briefed by intelligence chiefs in a “telegraphic” mode; that is, getting to the bottom line on every topic concerned. Kissinger admitted that “it had been made clear to him that president-elect [Nixon] had no intention of reading anything that had not first been perused and perhaps summarized by one of his senior staff.”

Intelligence should never be politicized if an administration is to make honest and clean policy. Leadership is obliged to bear in mind that net assessments derive from the accumulation of raw data and a variety of possible courses of action. The intelligence community needs to stay independent, no matter what the political leaning of the incumbent leadership. It should not align itself in any internal political dispute in a way that could support specific policy objectives.