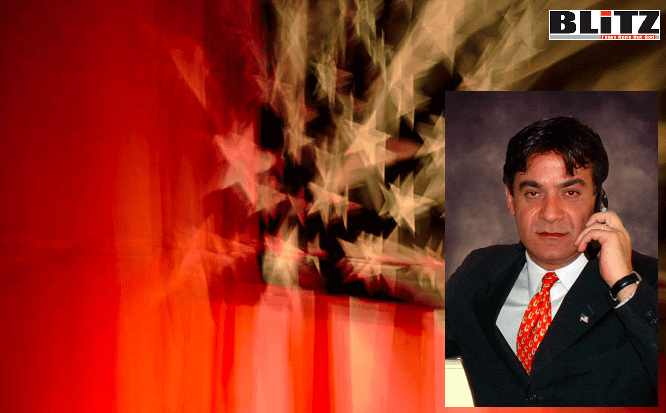 If Trump Does NOT Concede to Biden and Blue States Secede From The Republic, How Will That Affect You and Your Life Style?

Have you ever thought about this?

I believe Trump is facing today the same scenario as Abraham Lincoln, which a Civil War ensued.

Pelosi already stated, “Trump will be fumigated from the White House either way, and if he refuses to leave, Congress will swear-in Biden” going-on to say, the “swearing-in can take place in any geographical location.” I suspect….that could be Denver.

What Pelosi is implying……no matter what an investigation or indictments proving fraudulent elections exist or coming, there could in-fact be two presidents within the United States [Venezuela style], therefore, the likelihood of certain [Blue] states seceding from the Republic is a possibility. Same scenario as Venezuela and America’s first Civil War when the South seceded from the North.

If Trump does NOTHING and concedes the election (as it stands) he will basically be handing America over to China and their Communist cohorts in the Democrat Party.

In any event….Civil War II can be averted if Trump concedes the election, mainly because the fluoride heads in most of America’s population have no back-bone to fight for this nation, and do not want their social security, EBT food stamps, and welfare disrupted, let alone watching commerce shutdown and the lack of toilet paper [(again) a beta tested COVID-19 acclimation created for what is coming.

I believe COVID-19 was and is a created Bio-Weapon to acclimate the population for the take-over. The Deep State and their CIA / Chinese crime syndicate(s) with social media giants and fake United Nations [W.H.O.] conspirators, created the biggest attack in the history of America with a specific agenda. The common cold / flu is nearly gone, replaced by COVID-19 symptoms, and their cover is the face diaper and distancing, plus draconian [Blue State] lock-downs across the country.

Basically…..forget about the great economy Trump created and be very scared of being one of the 1% that does not survive this plandemic hoax. And to really scare the ignorant, the world has to play the game as well!

Therefore….the biggest concern, is NOT if America will be turned-over to a China Communist 2.0 Nation, but how does a good old Uncle Biden affect (my) lifestyle?

Most can ask themselves that question and you will discover, there really isn’t much that will change your daily living habits unless you fall under certain categories, i.e., a gun owner, business owner and if you don’t travel and care less about $4/gal fuel as taxes are raised and the oil industry becomes extinct!

BUT what many will have a concern about, and is only speculation on my part is…..what happens if certain [Blue] states secede from the Republic and depending upon what state you live in, will your social security be affected? Will you have to move to a [Red] state to receive social security? Will a Biden / Pelosi regime begin paying a universal monthly check in [Blue] states? And of course, we know it would come from higher taxes levied on [Blue] state businesses and those earning over $400,000 a year.

Travel restrictions under a divided nation would be in effect……

The exodus by those in [Blue] states could come to a halt at each state’s border and air travel will look exactly like air travel did in the Soviet Union decades ago. One airline, and special permission to fly, just as we in America are getting accustomed to, with a star on your license (or not on a ‘No Fly List’) that must be determined at check-in.

What??? No proof of the mandatory vaccine??? You didn’t pay the Carbon Tax required for your drive to wherever??? “Show me your papers please……”

I am afraid that’s the direction we’re headed soon, most of it already-in-place…….

So….are you going to be better off without Trump having a 2nd term? Will your life just cruise along as if nothing is happening? Are you just stupid, or do you just hate the “Orange Man” because he loves America?

Americans are faced with a challenge that is hidden and censored from public sight. The ignorant and stupid (uniformed) will help carry the dirty water for the Communists. Exposure to the treasonous crimes committed will be censored and spun by the media, including the traitorous FoxNews.

If Trump and his DoJ act soon, he will be declared a “Dictator” and “Sore Loser.”

But in the end….all will know the TRUTH and Communism in America will subside as it did during the McCarthyism years when it was first exposed and denied, but now THEY are openly tearing-down America and the battle is just about to begin.

Hop on a free strategy call with me and learn how to take back control of your life and your future by clicking here.

If you don’t believe me, you are on your own; live with the consequences.

Enough talk. You have been warned!

Ziad K. Abdelnour is the Editor (Economy & Finance) of Blitz