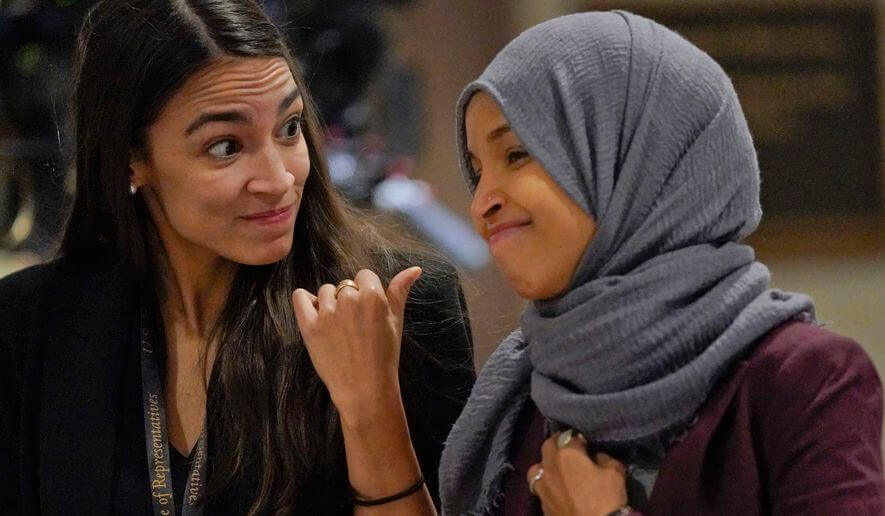 When you are a newcomer in the Congress, you may sometime sound strange. But, when you are an ignorant leftist, who wants to bring America under the flag of Communism, you most possibly become a clown in the eyes of the people – including those, who had got you elected. Newly elected congresswoman Alexandria Ocasio-Cortez is becoming funny even much ahead of people’s anticipation of her being caught as an idiot. Ocasio, who has bragged about her socialist ideas for the United States wants to now become the president. Her whimsical comments already have put Democrats into highest discomfort. In a recent video message, Ocasio-Cortez said, “If we work our butts off to make sure that we take back all three chambers of Congress – uh, rather, all three chambers of government, the presidency, the Senate, and the House…”

Molly Prince at the Daily Caller News Foundation reported the “progressive darling” and self-proclaimed Democratic socialist “seemed to be confusing the two chambers of Congress, the House of Representatives and the Senate, with the three branches of American government, the Executive, Legislative and Judicial.”

Radio host Rush Limbaugh on Monday called Ocasio-Cortez the “It Girl” of the Democratic Party “who doesn’t even know what the three branches of government are.”

“This is American public education at work,” Limbaugh said. “She’s a former bartender. You gotta wonder if she knows the difference between Scotch, bourbon and whiskey. You know, the three chambers of liquor.”

But Ocasio-Cortez did not feel any shame being exposed to be absolutely ignorant – if not a political clown. On Twitter, she responded angrily (a common tendency in the leftists) of her video statement. She said, “Maybe instead of Republicans drooling over every minute of footage of me in slow-mo, waiting to chop up word slips that I correct in real-tomd (sic), they actually step up enough to make the argument they want to make. That they don’t believe people deserve a right to healthcare.”

Shortly after she was elected to Congress, Ocasio-Cortez participated in a sit-in in the office of Rep. Nancy Pelosi.

Townhall reported Ocasio-Cortez “met with members from the Sunrise Movement, a nationwide coalition of young liberals concerned with climate change, in an effort to send a message to Rep. Pelosi that this was the true base of the Democratic Party.”

“If the Democratic leaders wanted unity, they would have to listen and work with these young progressives.”

She also has talked about a run for the presidency and once stated the Electoral College, the constitutionally mandated process through which presidents are elected, must be abolished.

Ocasio-Cortez called the constitutional provision that allows states with small populations to play a role in elections “a shadow of slavery’s power on America today that undermines our nation as a democratic republic.

A large number of the members of the congress from the Democratic Party reportedly have started feeling uncomfortable with this leftist newcomer while some are terming her as “that lousy communist crap.”