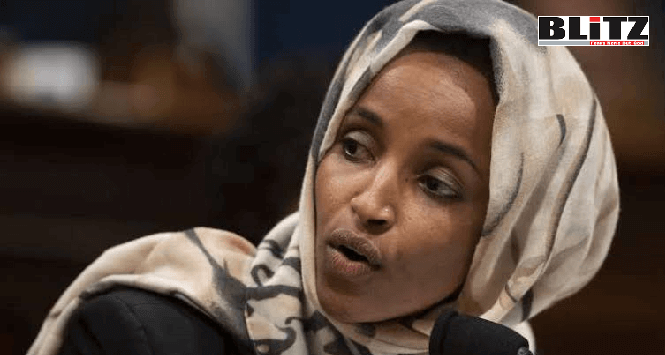 A prominent businessman, Alan Bender in his affidavit made an assortment of extraordinary allegations stating American congresswoman Ilhan Omar is a member of the Muslim Brotherhood and a paid agent of the Qatari regime. According to Bender, Rep Ilhan Omar was recruited even way before she thought about becoming a public representative. It is further alleged that, Omar passes classified information, acquired through her membership of the House Foreign Affairs Committee, back to her handlers in Doha.

Bender had been subpoenaed in a lawsuit filed in Florida against the Qatari emir’s brother, Sheikh Khalid bin Hamad al-Thani, who ostensibly ordered his American bodyguard to murder two people.

At a meeting with Turkish Prime Minister Recep Tayyip Erdoğan, supposedly organized at the request of the Qataris, Omar supposedly also swore allegiance to the Turkish regime as well.

The focus is not just on the congresswoman. The prominent American Muslim activist Linda Sarsour is also described as a Muslim Brotherhood agent, reportedly planning a Qatari-funded run for the Senate. Even when Sarsour and Omar make public statements that seemingly conflict, Bender claims, it is purportedly all a clever ploy by the Qataris.

A few of the allegations are carefully rooted in actual facts. For example, Ilhan Omar did meet with Erdogan. And both she and Sarsour have a long history of involvement with Islamist causes here in the United States.

But no hard, accompanying evidence has been offered. And it is difficult to believe that such an extraordinary amount of information concerning Qatar’s most confidential activities was freely and extensively explained to Bender during a few meetings with senior Qatari officials.

One other commentator has endorsed Bender’s claims. Abdullah Al Saleh, a Kuwaiti journalist, has written that he “learned of [Qatar’s] operations in the West and can testify and confirm that everything Alan Bender said in his deposition regarding Rep. Ilhan Omar and Qatar is true.”

Given the huge number of claims made by Bender on the subject, such a blanket endorsement appears odd. At the very least, it seems Qatar’s intelligence chiefs must overcome this harmful compulsion to reveal the most intimate details of Doha’s most important intelligence operations to infrequent visitors to their lands.

Dr. Oren Litwin, who first broke the news of Bender’s testimony, notes that these allegations may not be true, but, reasonably, suggests that Bender’s claims should nonetheless be investigated, given Qatar’s past behavior. Certainly, as media coverage of his story picks up, others are taking on that responsibility.

In some ways, the affidavit is not so dissimilar to the infamous Steele Dossier on President Trump, which many believe deliberately mixed a few genuine facts with many wildly false claims, ensuring that the former lent credibility to the latter.

Bender’s claims also feel like disinformation – a common tactic of both Qatar as well as its hostile neighbors. There is too much conspiracy and too few demonstrable facts.

There is no doubt that Qatar seeks to spread Islamist ideology across the world, funding both violent jihadists in the East and besuited extremists in the West. Doha’s iniquities have been exhibited countless times. But until any hard evidence can be provided, we should treat Bender’s claims about Qatar and its American “agents” as little more than a set of unlikely conspiracy theories.