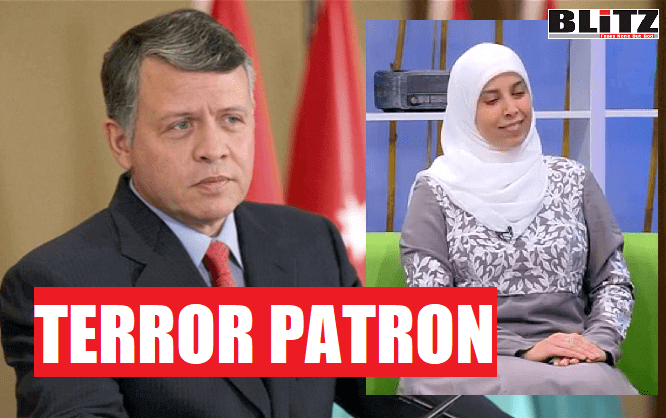 Recently, an organization named Project for Israel’s Security (The Endowment for Middle East Truth) took a praiseworthy initiative in getting a Congressional letter to the Jordanian Ambassador in the United States, demanding the extradition of notorious terrorist Ahlam Tamimi.

The United States government is the single largest provider of bilateral assistance to the Hashemite Kingdom of Jordan, currently to the tune of $1.7 billion a year.

The Israeli government has been working with the Jordanian government since the 1994 peace treaty was signed, helping them with agriculture, irrigation, and oil projects. But the biggest peace dividend for Jordan was the initiation of trilateral Jordanian-Israeli American Qualifying Industrial Zones, which opened the door for a Jordanian-American free trade agreement. This, in turn, opened the door to the World Trade Association and the Greater Arab Free Trade Area, widening the door for Jordan to trade with the wealthy Gulf Arab states.

Yet all of these economic benefits since signing the peace agreement with Israel have not changed the poisonous hearts and minds of the Jordanian people or their leadership. A study conducted by IMPACT SE indicates that although Jordanians say that their new textbooks teach tolerance, they have done little to alter hatred of Israel and Jews. One textbook publishes a dialogue between a Palestinian grandmother and granddaughter in which she says, “I wish that I will see Palestine liberated from the Zionist occupation”.

Jordanian authorities have provided twenty members of its secret service agency to ensure the protection of Ahlam Tamimi, while the Jordanian Royals are secretly providing monthly cash stipends to this most wanted terrorist.

When King Abdullah came to the United States recently, several members of Congress asked him about the request for Tamimi’s extradition. According to one staffer, he dismissively responded, “It’s not going to happen”.

After all this American largesse and Israeli know-how, the Jordanians have been offering safe haven to a cold-blooded murderer of American citizens who have made a career out of her crime.

Tamimi knows this. Recently, she said, “Being in Jordan gives me strength, because no extradition treaty exists with the United States”.

Despite receiving massive support from the United States and the State of Israel – both economic and technological, Jordanian rulers are notoriously inclined to the anti-Israel bloc. They not already are spreading the venom of hatred and anti-Semitism, they also are enthusiastically harboring nefarious terrorists, including several most wanted jihadists like Alham Tamimi.

If the policymakers in Washington are genuinely looking for getting terrorist Ahlam Tamimi extradited from Jordan, it can definitely push forward a stern economic sanction on the Hashemite Kingdom. The United States also can put King Abdullah, his cronies, and the members of Jordan’s kangaroo court into blacklist, thus compelling the authorities in Amman in immediately extraditing terrorist Tamimi. Unless such actions are taken, King Abdullah may not feel the necessity of changing his habit of harboring terrorists and jihadists.

One of the many reasons behind Jordan’s extreme romance towards the Palestinian terrorists and mega-terror outfit Hamas is its population. According to statistics, sixty percent of the Jordanian population are Palestinians. In fact, Jordan is the homeland of the Palestinians, while they are illegally occupying Israeli territory under the pretext of false statehood. Every Palestinian know – there had never been any place in the world named Palestine, and they have invaded into Israeli lands with the illegal and illogical demand of a state.

It is also important to know, the Jordanian Royals have blood relations with the Palestinian terrorists, as King Hussein had a number of wives from the Palestinian sect. Jordan’s infamous Princess Haya Bint Hussein too has dated with a number of Palestinian men during her younghood, while one of her ex-boyfriends was a member of Hamas. Haya’s full brother Prince Ali had a number of secret meetings with the Hamas terrorists and their kingpins, where the Jordanian Prince had ensured his and his families full support towards this mega-terror outfit.

According to palace insiders in Jordan, all the members of the Jordanian Royal family are heavily anti-Semitic and they consider Jews and Christians as their enemies.

One important point is yet to catch the attention of the global media or intelligence community. Terror-patron Qatar has been sending a huge amount of cash to Jordan, mostly through Palestinians, for investing in various business and industrial projects. Qatar wants to use the land of Jordan as the cash-generating ground for the Palestinian terrorists and Hamas members.

It may be mentioned here that, Jordanian Royals had earlier sheltered Iraq’s deposed dictator Saddam Hussein’s daughter Raghad Hussein and, sitting in Jordan, she has been funding activities of Islamic State for many years.