In political, diplomatic and media circle in Pakistan, Sherry Rehman is a well-known name, who has been enjoying formidable reputation as a journalist before she had joined politics. She was blessed by the scandalous government of Asif Ali Zardari as Pakistan’s mighty envoy in the US, which had surprised many, including several leading journalists and newspaper editors. Ever-since Sherry Rehman rode into key position of Pakistan People’s Party and succeeded in establishing “healthy relations” with Asif Ali Zardari, Bilawal Bhutto and few other influential leaders of the party, rumors centering her indecent lifestyle started circulating within the social elites, as well as her political opponents.

We have received several documentary evidences on specific allegations of money laundering by Sherry Rehman and a few top leaders of the Pakistan People’s Party (PPP), which our investigative team is currently cross-checking.

Back in 2012~13, this newspaper published several “reports” by an individual named Aslam Ansari, which were later proved as imaginary stories of Ansari and subsequently those were removed. But, since then, an individual named Urooj Zia continued sending threatening emails, warning this newspaper to refrain from publishing any such content from Aslam Ansari in the future, although we had already decided to ignore any stuff sent by this Paris-based individual as those lacked evidences. Although Ansari has been repeatedly requesting us to re-publish his contents, we have declined because, those are based on mere imagination or hearsay. Furthermore, his intention was to extort US$1 billion from Asif Ali Zardari by blackmailing him through these contents. Being a responsible newspaper, we do not offer any scope to a blackmailer – under any circumstance.

In December last year, we received from a credible source, substantial volume of data containing hundreds of files, containing photographs, videos, signed documents, adult platform communications and documents exposing the indecent lifestyles of Sherry Rehman, Bilawal Bhutto, Asif Ali Zardari, Benazir Bhutto and few more top brasses of the Pakistan People’s Party (PPP). We also received strong evidences of money laundering, high-profile corruption and financial irregularities, along with documents proving involvement of several PPP bigwigs in human trafficking and dealing in drugs. Subsequently, all of those documents went through multiple verifications and finally the cats were out of bag!

Blitz has already started exposing the indecent lifestyle, high-profile corruption, financial irregularities and numerous forms of crimes of the PPP hierarchy and top-ranking leaders. We have given name to this investigative effort – #PAKISTAN_PAPERS. Hopefully, our contents will get the attention of International Consortium of Investigative Journalists (ICIJ) – one of key allies of this newspaper. It may be mentioned here that, ICIJ had drawn global attention through a number of leaks, including #Panama_Papers and #Paradise_Papers. Our colleagues in ICIJ will be delighted knowing how the team of investigative journalists in Blitz has unearthed high-profile corruption and financial irregularities of Pakistani politicians. 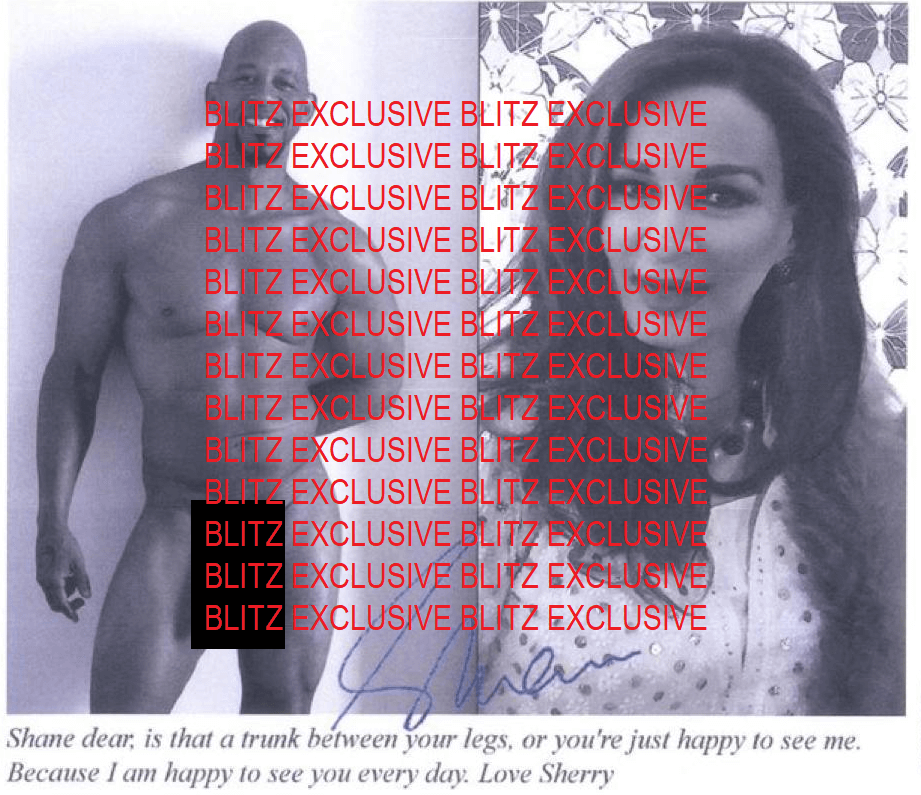 In an exclusive photograph, bearing signature of Sherry Rehman, she wrote to porn-actor Shane Diesel: Shane dear, is that a trunk between your legs, or you’re just happy to see me. Because I am happy to see you every day. Love Sherry

Sherry Rehman has been meeting Shane Diesel and few more male prostitutes in Susan Block’s place as well as a number of discreet places, and spending lavishly in buying sex.

In the next installment, we shall expose Sherry Rehman’s secret affairs with Faisal Kundi, a corrupt leader of the Pakistan People’s Party.

So you are still using that piglet Aslam [she refers of Aslam Ansari, a man whose contents were removed from Blitz for lacking any evidence] for your own purposes. You should realize you are hand in gloves with a criminal and thief who has stolen private notes and things from Dr Susan Block [here Urooj Zia acknowledges, contents we are publishing are real]. You are now in breach of US law by breaking the civil codes pertaining to US citizens. You are going to be toast if you don’t remove the latest article about Susan and Sherry.

A fish eating bingo like you has no job getting involved in another country’s affairs. Keep yourself to your own backyard. I will tell you who is filthy. It is you. You think we don’t know how you have swindled money from women by emotionally abusing them. How you have run criminal enterprises. For a Bengali sitting in a glass house throwing stones at others I have a simple message “amaar paachha tor mukher theke porishkaar” [My ass is cleaner than your mouth]; Understand this if you don’t remove both articles and refrain from any further insinuating ones, we will expose your stinking rotten face to the whole world, demolish your Blitz newspaper and make you pay a heavy price.

Pattern of the email from Urooj Zia resembles those from terrorist and militancy entities. We know, Pakistan People’s Party has discreet connections with militancy and terrorist outfits in Pakistan for decades. Is Urooj plotting terrorist attack on Blitz and its members? We are aware of connection between notorious Dawood Ibrahim and several top leaders of PPP. Possibly Urooj is hinting of using Dawood’s men in an assassination bid or bombing at Blitz office. Despite all the threats, Blitz will continue to publish the truth because Blitz fears none but God.

We already have obtained full details of Urooj Zia and her illicit and illegal activities. She is working as the lapdog of corrupt PPP bigwigs. There is a serious allegation against Urooj Zia of being used by Sherry Rehman in maintaining contacts with money laundering syndicate in Pakistan and few more countries. According to information, Urooj is Sherry Rehman’s confidante in handling smuggling out of hundreds of millions of dollars out of Pakistan and Sherry’s investments in several countries.

After attacking Blitz with extremely nasty and deplorable ways, now the same person named Urooj Zia [who possibly is the pen name of Sherry Rehman] has come up with a new statement, which we are publishing for our readers, although we really do not know, who this person really is:

We are bringing this to your attention that the person Imtiaz Waris who has given you the information related to the articles you published about Benazir Bhutto and Sherry Rehman in the last few days, has ulterior motives and a vendetta against these both individuals. He has a history of mental instability and making false claims.

He was already harassing Sherry Rehman when she was posted in USA during 2011-2012 and when she refused and spurned his illegal and immoral advances he held a spiteful vendetta against her.

Our preliminary investigation about him reveals a disturbing pattern of behavior. He is already involved with prostitutes and women of ill repute. His own family and kids have disowned him due to his mental instability and unethical lifestyle. He likes to give the impression that he is a highly connected person and he likes to boast about his association with people (specially women) in high places. These are all part of his imaginary world built up to make up his own insecurities as a weak and pathetic man.

The reality is that he is a broke, two bit person and a complete failure who then tries to vent his frustration upon other people, especially women who he targets as a predator.

He had targeted Sherry Rehman on several social media platforms 10-11 years ago. Sherry gave him a sympathetic ear and maybe that was a mistake and her fault since he abused her kindness and tried to be a predator. Sherry was too smart for him and eventually told him to backoff and stay away and never ever contact her again.

Sadly and unfortunately this sick minded person has taken this to heart and now is trying to use your publication Weekly Blitz for his own ugly spiteful self.

I hope you will not let your publication be the instrument of such a vendetta.

We would like to firmly say – every report in Blitz is based on solid evidences. We are going to publish few more reports on Sherry Rehman, exposing her extremely nasty private life, as well as the cases of money laundering and her activities against Pakistan.