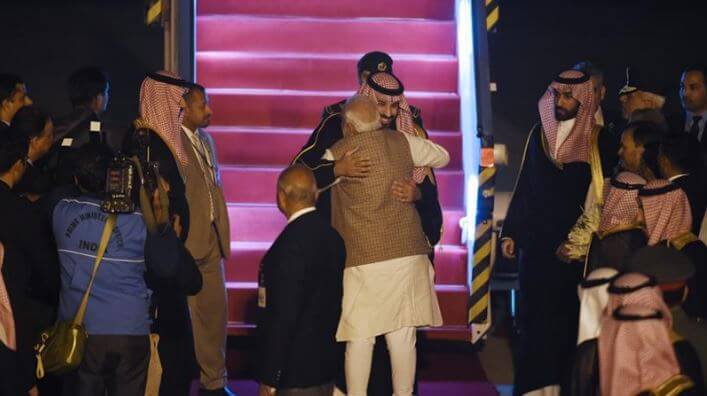 A report issued by the Indian Foreign Ministry has called upon Pakistan to take “credible and visible action against the perpetrators of Pulwama terrorist attack and other terrorists and terror operating from areas under their [Pakistan’s] control”.

Earlier, Pakistani Prime Minister Imran Khan said India had “leveled allegations against Pakistan without any evidence” after New Delhi accused its spy agency of involvement in last week’s deadly attack on security forces in. He said, “If you have any actionable intelligence, give it to us, I guarantee that we will take action. And we will take action not because of [external] pressure, but because these people would be enemies of Pakistan. If anyone is acting from Pakistani soil, they are harming us”.

Commenting on the Pulwama terror attack, Indian Lieutenant-General KJS Dhillon at a news conference in Srinagar said, “It was being controlled from across by ISI and Pakistan and JeM commanders”.

As Indian authorities are clearly claiming Pakistani spy agency Inter Service Intelligence (ISI)’s involvement behind Pulwama attack, they definitely are not making such public statement out of blue. Indian intelligence establishment certainly has strong evidences. But, why the Indian Foreign Ministry, instead of moving ahead with its plan of giving a befitting response to Pakistan, has called upon the terror-patron nation to take credible and visible action against the perpetrators of Pulwama attack? Is it because Indian military establishment lacks the guts and capacity of confronting Pakistan? Moreover, Pakistani Prime Minister Imran Khan’s statement seeking “actionable intelligence” from India on the Pulwama attack is significant enough. Though Indian authorities have already termed this statement as an attempt of misleading the international community, many people may start thinking; Indian side itself is trying to hide some fact and truth.

The way Indian Prime Minister Narendra Modi has hugged the Saudi Crown Prince Mohammad Bin Salman (MBS), who has gone to India to mediate a compromise between New Delhi and Islamabad is again very significant.

Modi’s body language clearly proved, in MBS he saw the angel of survival. As if, the Indian Prime Minister was anxiously waiting for an opportunity of reaching into a compromise with terror-patron Pakistan. Meaning – a clear case of betrayal with the blood of those CRPF members. Though no one ever found the best patriot in Narendra Modi other than his branding as an ultra-nationalist radical Hindu politician, it is a matter of great shame for a person who is holding the office of the Prime Minister of India to behave like a mere filthy clown.

Certainly Crown Prince Mohammad Bin Salman’s presence in India is important, and as a struggling nation India needs financial favour from a wealthy and radical-Muslim Saudi Arabia. But, as we say, even beggars have certain degree of shame or self-esteem. Seeing the photograph of Modi embracing Salman almost as his savior, anyone may start thinking; these radical Hindu nationalists have really no sense of dignity and self-esteem. For the sake of money, they can compromise everything – anything.

See the degree of excitement here! This External Affairs Ministry spokesperson went totally out of mind in extreme joys seeing Modi receiving the Crown Prince breaking protocol. Even in the tweet, Raveesh Kumar misspelled the word receives as “receives”. Isn’t that shameful?

Indians by nature are patriots – by and large. Hopefully they aren’t feeling delighted at the latest episode of Indian government seeking Pakistan’s actions on the terrorists instead of moving ahead with the plan of giving a befitting lesson to the terror-patron nation. They may not even be glad seeing Narendra Modi breaking protocol to hug the wealthy Saudi Crown Prince.

Let us not forget, Saudi Arabia, Qatar and some other wealthy Arab nations have the past track record of helping political parties during elections. We should not get surprised, if ruling Bharatiya Janata Party (BJP) too gets such ‘generosity’ from the wealthy and generous Saudi Crown Prince.

If the Indian nationals will try to justify Prime Minister Narendra Modi’s actions saying, India needs finance from Saudi Arabia – all we can only say – yes, that is what most of the people want. After all, money can buy everything. Narendra Modi once again has proved it.

Vijaya Laxmi Tripura is an analyst, writer and staff correspondent of Blitz.