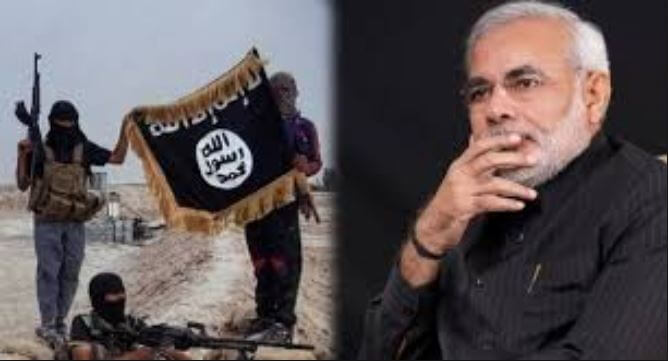 While Indian voters are going to the election centers to elect the next government and the Prime Minister who would lead the country for five years, in one hand there is direct threat from the Islamic State of jihadist attacks in India as well as some other countries in South Asia; on the other hand, there is disturbing news about Islamic State (ISIS) jihadists entering Indian territories through Indo-Pakistan borders. According to media reports, ISIS already has named Abu Muhammed al-Bengali as its ‘emir’ in Bengal with the sole declared purpose of conducting terror attacks in Bengal in India and in Bangladesh. The most significant point that most of the counter-militancy experts are missing is to understand, why ISIS has chosen that particular part in South Asia, which is inhabited by Bangla-speaking people. Counter-militancy experts in India are interpreting ISIS threat as a threat on India. But they are actually wrong. Islamic State is not targeting the whole of India, but only a part of it. Do the Indian counter-militancy experts have any answer to this point as to why ISIS has selected only Bengal in India and neighboring Bangladesh as their next jihadist fronts?

For years, notorious jihadist outfit Hizbul Mujahedin has been active within Bengal in India as well as Assam, Tripura and other states in the northeast. Hizbul Mujahedin has formed a strategic alliance with United Liberation Front of Assom (ULFA) and natural alliance with Jamaatul Mujahedin Bangladesh (JMB) in Bangladesh under the coordination of Pakistani espionage agency Inter Service Intelligence (ISI). In the recent months, Hizbul Mujahedin found Arakan Rohingya Salvation Army (ARSA) as another natural ally, while ARSA also is at the priority list of both Al Qaeda and Islamic State kingpins. This is actually a nexus of jihadists which can terrorize a huge area covering Bengal in India, Bangladesh, Myanmar and some part of China. This is exactly the next ‘Caliphate’ blueprint of ISIS.

Counterterrorism experts in Bangladesh and India would downplay the possible threats posed by Islamic State or any jihadist force saying things are already under control and they have successfully “dismantled” most of the bases of the homegrown jihadist groups. In this case, my suggestions to them would be to evaluate and study the Easter Sunday jihadist attacks in Sri Lanka, which may lead them in realizing, jihadist groups may create havoc simply by mobilizing few individuals and they may not need a whole army of jihadists for doing this.

Taking lesson from the Sri Lanka attacks, counterterrorism experts in Bangladesh and India definitely need to reboot their old-fashioned perception on jihadist groups and their pattern of attacks. This is not really the question of keeping some jihadist groups under radar but also it is extremely important to mobilize the society against jihad and radical Islam at the same time identify those lone-wolves who might be associating with notorious outfits like ISIS.

The devastating terror attack in Sri Lanka had links to Islamist groups in the southern Indian state of Tamil Nadu and Kerala. That this radicalization was going on had never really made any headlines until the Lankan attack stunned everyone. The alarming point of the rise of radical Islam within Tamil Nadu and Kerala in the southern India had been out of focus of the counter-militancy or counterterrorism experts for years. It only came under radar following the April-2019 jihadist attacks in Sri Lanka. There are valid question as to why the state governments in that part of India did not take any initiatives in confronting the spread of radical Islam and why the Indian intelligence agencies had failed in knowing about this growing monster. By now, radicalization has greatly expanded within south India and there also has been a nexus of jihadists from southern India and Sri Lanka, which of course has been receiving patronization from Pakistani ISI.

We need to remember, radical Islamist preacher Zakir Naik has been promoting and spreading radical Islam in India for years with millions of dollars he was receiving from his Arab patrons. Indian authorities were either reluctant or unaware of the notorious activities of Zakir Naik. It was me, who had started writing against this Islamist preacher since 2002 and had exposed his face to the world. As a result, Zakir Naik was refused entry in the United Kingdom and Canada. But, despite such international reactions on Zakir Naik, surprisingly Indian state machinery had no interest in even investigating the activities of this man, most possibly because, India does not want to annoy its Arab friends by doing anything against radical Islam. For the same reason, India has been a strong supporter of the Palestinian terrorists and has reservations in acknowledging Hamas as a terrorist entity.

While Pakistan has always been accused of harboring jihadists and terrorists, India, until the Sri Lanka attacks had never been accused of such notoriety. Counter-militancy experts are already seeing deep and insidious ISIS network across India, perhaps under a web of aliases. This is not only a grave threat to India’s national security but also a potential collapse of its signature distinction from Pakistan – that Indian soil is not used by the terrorists. Once attacks like the one in Sri Lanka start to find back linkages to India that would be a stunning rebuke to one of the country’s most preciously held mark of distinction from its northern neighbor. India now badly needs a Prime Minister who would understand the threat posed by ISIS and other jihadist forces. India currently has a Muslim population of 172 million. It will be very much convenient for the preachers of radical Islam in mobilizing majority of this 172 Muslim population towards jihadism especially when radical Hindutva would be the ruling force under the leadership of Narendra Modi or any of those BJP-RSS top-brasses.  As to Narendra Modi, most possibly his continuation in the office of the Prime Minister would be the worst-ever bad news to Indians. Radical Hinduist Narendra Modi is already branded as the ‘India’s Divider in Chief’ by the TIME magazine.

In 2014, Narendra Modi made lots of promises to the people of India. He showed them the dream of India emerging as the mightiest economy in the world surpassing China and even America. But now, after five years, with the unemployment rate growing up and poverty increasing, Modi’s ‘economic miracle’ has fallen flat. Instead he had created the atmosphere of poisonous religious nationalism in India. During Narendra Modi’s rule, everywhere in India, there is persecution of Muslims into the hands of Bharatiya Janata Party (BJP) or Rashtriya Swayamsevak Sangh (RSS) members. India’s Muslims, who make up some 14 percent of the population, have been subjected to episode after violent episode, in which Hindu mobs, often with what seems to be the state’s tacit support, have carried out a series of public lynching in the name of the holy cow, that ready symbol of Hindu piety. The most enduring image of Modi’s tenure is the sight of Mohammad Naeem in a blood-soaked undershirt in 2017, eyes white and enlarged, begging the mob for his life before he is beaten to death. The response of leadership in every instance is the same: virtual silence. Basic norms and civility have been so completely vitiated that Modi can no longer control the direction of the violence. Once hatred has been sanctioned, it is not always easy to isolate its target, and what the BJP has discovered to its dismay is that the same people who are willing to attack Muslims are only too willing to attack lower-caste Hindus as well.

On the other hand, Narendra Modi’s key challenger Rahul Gandhi is no blessings as well. Jawaharlal Nehru’s political heirs, who ruled India for the great majority of those post-independence years, established a feudal dynasty, while outwardly proclaiming democratic norms and principles. India, under their rule, was clubbish, anglicized and fearful of the rabble at the gates. Whatever people may aspire from Rahul Gandhi, in the end, if his party comes to power, India will once again turn into a nation ruled by political feudal dynasty, who had never thought of the people of the country during their previous tenures.

Under the above facts, it is impossible for anyone to understand as to how India can effectively fight the rise of jihadist forces, especially with India’s double-standard of talking against radical Islamic militancy in one hand and kissing those Palestinian Arab jihadists and mega-terrorist outfit Hamas on the other hand.