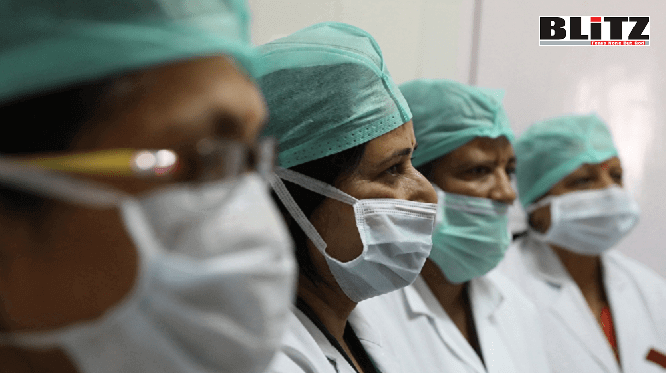 Top policymakers in India as well as a few senior leaders of the ruling Bharatiya Janata Party (BJP) were fully aware of the coronavirus outbreak weeks before it took place in Chinese city of Wuhan. Although there are series of conspiracy theories centering this pandemic, that has already killed thousands of people around the world thus affecting millions of families, no one is yet questioning as to how Indian policymakers were aware of coronavirus much ahead of it’s showing up.

It is important to mention here that, India considers China as its key rival and thinks, Chinese leader Xi Jinping’s Belt and Road Initiative (BRI) initiative as a great threat to India’s dream of emerging as a regional super power.

According to strategic experts, Asia has a massive and growing need for infrastructure. There is tremendous potential for cross-border cooperation on connectivity and infrastructure development. Japan and the United States have been among the primary donors for development projects in Asia since World War II, although other countries such as Germany and the United Kingdom (UK) have played a greater role in recent years as well.2 Japan in particular has provided significant development assistance to South Asian countries, including India. Meanwhile, China’s emergence as a regional strategic and economic actor has reshaped the prospects for connectivity in Asia. Beijing has demonstrated a newfound sense of political will to undertake regional connectivity initiatives, supported by the country’s surplus capital, a shift that has changed the security environment in India’s neighborhood.

Darshana M. Baruah, a nonresident scholar with the South Asia Program at the Carnegie Endowment for International Peace said, Beijing’s growing collaboration with India’s neighbors has created a sense of unease in New Delhi. Like any rising power with global ambitions, China is looking to expand its presence and increase its profile beyond its immediate neighborhood. Naturally, as China’s influence in South Asia grows, India is faced with the challenge of managing its relationship with its biggest neighbor and competing to maintain its prominence in the region.

She said, India has begun to view China’s commercial initiatives as a means to advance its strategic ambitions in ways that often are not conducive to India’s interests. Former Indian foreign secretary Subrahmanyam Jaishankar noted in 2016 that the “interactive dynamic between strategic interests and connectivity initiatives – a universal proposition – is on particular display in our continent.”3 He went on to caution against countries using connectivity “as an exercise in hard-wiring that influences choices.”4 The view that connectivity offers a set of tools to influence other countries’ foreign policy choices has become commonplace in analysis about the China-led Belt and Road Initiative (BRI). The BRI has garnered much attention, positive and negative, since its inception in 2013. It is one of the world’s biggest initiatives for promoting connectivity and providing funds to finance infrastructure development. In South Asia, the BRI underscores the growing Sino-Indian competition in the subcontinent and the Indian Ocean region.

India has started to craft a policy response. In its strongest stance on the BRI to date, India marked its protest by not attending the Belt and Road Forum that China hosted in May 2017. In official statements, India questioned the initiative’s transparency and processes, and New Delhi opposed the China-Pakistan Economic Corridor (CPEC) due to concerns about territorial sovereignty. As India calibrates its policy response, instead of perceiving the BRI as one project, it would be wise to look at the initiative as a culmination of various bilateral initiatives, many of them involving projects that were actually initiated before the BRI itself was formally launched. The Bangladesh-China-India-Myanmar (BCIM) Economic Corridor, for instance, was launched in the early 1990s. Similarly, China’s Twenty-First Century Maritime Silk Road (MSR) is a combination of bilateral infrastructure projects in the Indian Ocean region that China has sought to present as a multilateral initiative”.

India’s radical Hinduist party leader and Prime Minister Narendra Modi is making all efforts in somehow stopping China from implementing its BRI project. He even has offered Chinese leaders an alternative plan of ‘Pacific connectivity’, which would ensure India’s dominance. But China being world’s economic super-power is unwilling to listen to any prescription from Indian leaders. Instead, it is helping the members nations of its BRI venture in promptly implementing the infrastructural development projects.

Has India spread the coronavirus?

If we understand India’s grave concern centering BRI, then possibly we would give a second thought to this issue.