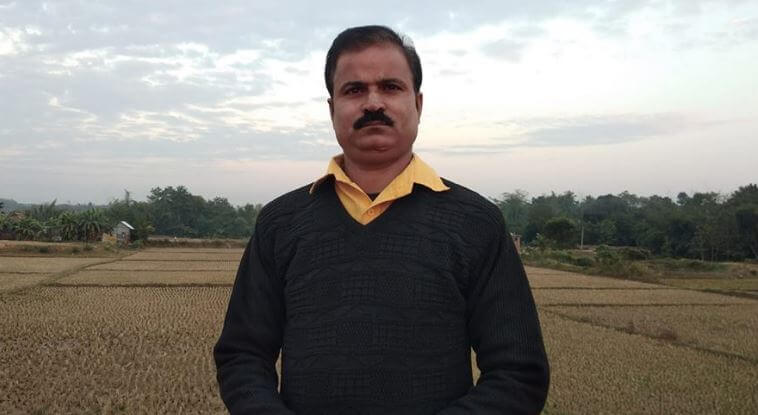 Prasenjit is the former secretary of the MBB College Student’s Union Council; and former State Convener, Intellectual Cell Tripura Pradesh BJP. As a journalist, was  a reporter of the Dainik Sambad (India) and Correspondent, NETV & NE Bangla.

Since inception of this newspaper, Prasenjit Chakraborty has been a regular contributor writing on regional and Indian politics.

Blitz, the most influential anti-militancy newspaper has been publishing since 2003 from Bangladesh. This is the only newspaper in Asia that is recognized by the Western policymakers as an authentic source of information.

Blitz publishes contents that other newspapers in South Asia do not publish.

This newspaper is known globally for its unique and strict editorial policy.

Blitz has an unfaltering stand against political and radical Islam and Islamic militancy; and wholeheartedly defends the Land of the Zion and Jerusalem. Blitz operates from Bangladesh – the 4th largest Muslim country in the world (in terms of population).

South Asia is home to around 460 million Muslims. In this region, all the newspapers (including a section of Israeli/Jewish press) feel subdued by the menace and barking of radical Islamists and hesitate uttering a single word that defends Jews and Zionists and confronts Holocaust denial. However, Blitz strongly defends the religious minority groups in Bangladesh and elsewhere in the world, and gallantly publishes contents which other newspapers in South Asia, let alone Bangladesh, do not dare publishing.

Although Jews have some position in global economy and the technological world – Jews and Zionists still get little or no support from the media. Instead, media are mostly inclined towards antisemitism, radical Islam and Israel/Jew bashing. Blitz has constantly been trying since 2003 to break this wall of isolation.

Blitz exposes the sinister motives of political Islamists and for this the Editor of the newspaper, Salah Uddin Shoaib Choudhury (multi award winning anti militancy journalist), has faced charges of treason, sedition and blasphemy and had served 7 years of rigorous imprisonment in Bangladesh. Blitz office in Dhaka was also bombed by militant Islamist groups in 2006.

As part of its efforts of enhancing the size of readership, Blitz has entered into an agreement with the HT [Hindustan Times] Syndication since 2009.