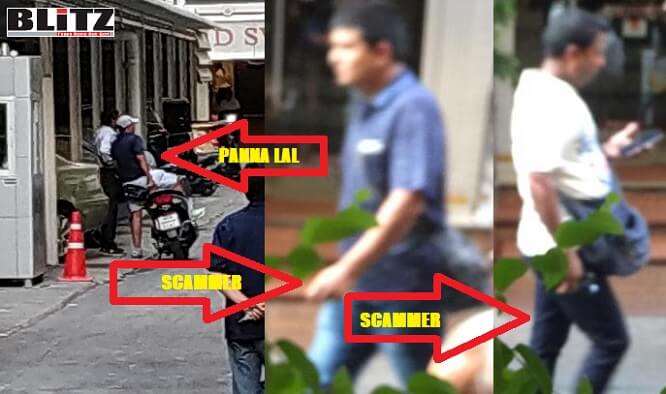 For almost two decades, dozens of Indian nationals who enter Thailand with tourist visas are getting involved in numerous types of illegal and criminal activities thus tarnishing the good image of the kingdom. According to our own investigation, an Indian national named Panna Lal Yadav (mobile number 086-620-8615) is the ring leader of these criminals who are seen roaming around the Bangkok city with a motorbike (registration number 1141). Panna Lal is involved in dealing into drugs, money laundering, illegal banking activities and maintaining a gang of at least 100 men from India.

According to information, the members of this crime racket are seen everywhere within the Sukhumvit area, in particular, trying to lure tourists with counterfeit Rolex, Omega, Rado, Seiko, Tag, Armani etc., brand wristwatches. These counterfeit watches are made in India and smuggled into Thailand by Panna Lal Yadav. The racket members sell these watches as real and extract huge amounts of cash by fooling the tourist. Some of the members of Panna Lal’s racket also are involved in snatching cash from the tourists.

A member of this racket named Anil (mobile number 084-989-3887) had reportedly robbed off a tourist and ran away with the cash. The matter was later reported with the Tourist Police in Thailand.

On investigation, it is found that members of Panna Lal’s racket are mostly targeting tourists at the smoking area of Ambassador Hotel as well as other hotels and restaurants within Sukhumvit Soi 11. They are seen carrying a small bag, which not only contains counterfeit watches, but they also carry drugs such as cannabis and Yaba.

Panna Lal Yadav gives loans to female workers at various massage shops against a monthly interest of five percent. Every month he is transacting at least 1-2 million Thai Baht into these illegal banking activities although this Indian national does not have any trade license in Thailand.

The source said, each year, hundreds of tourists are being cheated and robbed-off by these rackets from criminals from India.

Thai authorities need to immediately look into the matter and bring these perpetrators of crime into account for the sake of saving the good image of the kingdom.