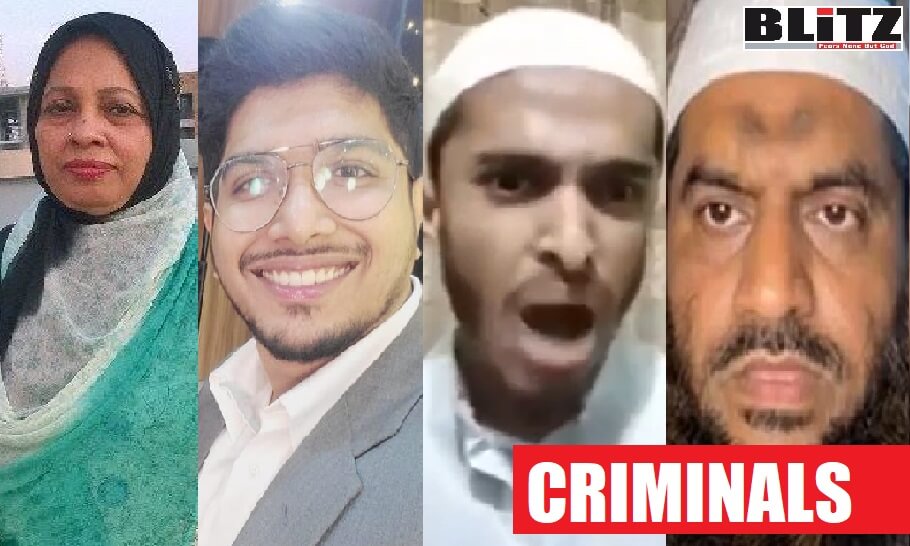 Home Minister Asaduzzaman Khan Kamal said intelligence agencies are trying to identify the financers of Hefazat-e-Islam Bangladesh. Meanwhile, intelligence source told Blitz, they are also looking for cohorts and propagandists of Hefazat-e-Islam, those who have been funding this pro-Caliphate organization as well as running offensive propaganda against the government on various social media platforms. It said, stern legal actions will be taken against the Hefazat propagandists.

“Intelligence agencies are working to identify those who provide financial support to Hefazat. We have already learned some information about them, but we don’t want to disclose that now.  We will inform everyone once the investigation is over,” the home minister said while speaking to reporters at his Dhanmondi residence.

“Everything, from where the money is coming from to how much is going into whose account, will be dug up through the investigation,” he added.

The home minister further said: “As per our investigation, Hefazat-e-Islam carried out violence with an aim of repeating the anarchy at Shapla Chattar in 2013.

Blitz reporters have identified hundreds of anti-government propaganda contents on various social media platforms as well as video-sharing platforms. Although several cases had already been brought into the attention of the law enforcement agencies, no action has yet been initiated against the culprits.

According to information, on March 29, 2021, an anti-government female activist named Shahana Rashid Sanu posted a video of hate-speaker Mizanur Rahman Azhari calling upon the people to wage countrywide protests against Indian Prime Minister Narendra Modi’s Bangladesh visit. Some of the commenters of this post had even gone further by asking for waging jihad against the government. As per the existing laws, Shahana should have been charged under Digital Security Act. But till filing of this report, no such action has been taken against her.

According to Blitz report, Shahana’s youngest son Shamol Mahmood (Anjan), a cadre of BNP student front had participated in series of arson attacks in 2013 in various parts of Dhaka. But, with the foul attempt of hiding his criminal past, an armed cadre of Bangladesh Nationalist Party (BNP), Shamol Mahmood Anjan has been now taking false pretense of being a supporter of ruling Awami League.

According to sources​, back in 2013, Shamol took part in BNP-Jamaat’s acts of terrorism and arson attacks in various parts of Dhaka city. Subsequently although he was accused along with others in several criminal cases lodged with different police stations, Shamol could not be apprehended as law enforcement agencies were unaware of his full name and other details. As police started raiding various parts of Uttara area in search of Shamol, he managed fleeing Bangladesh for the US under the disguise of a student.

But after arriving in the US, Shamol Mahmood Anjan did not show up in the college he got admitted and continued political activities and propaganda against Awami League government. This had made Federal Bureau of Investigation suspicious and FBI summoned Anjan for interrogation. Sensing legal problems, Shamol Mahmood Anjan fled United States and entered Canada through land border, although it is not learned if he had obtained Canadian visa. Reaching in Canada, Shamol Mahmood Anjan filled application seeking political asylum.

Side by side: BNP student front cadre Shamol Mahmood Anjan’s recent Facebbok status and a 2015 news report published in a Bangla news portal

In the asylum, Shamol declared his affiliation with the student front of Bangladesh Nationalist Party as Assistant Secretary, International Affairs of BNP’s student front Bangladesh Jatiyotabadi Chhatra Dal (Bangladesh Nationalist Student Front) and said, he and his family members, including his father Abdur Rashid were facing numerous forms of cruelties and repressive acts by the Awami League members and activists. He even went further stating, Awami League activists made attempt of assassinating his father, Abdur Rashid.

It may be mentioned here that, BNP’s student front cadre Shamol Mahmood Anjan entered Canada by illegally crossing US-Canada border. On reaching in Canada, he was also involved in cross-border drug trafficking.

But, Shamol’s asylum petition was rejected by the Canadian immigration authorities due to his criminal records in Bangladesh. Moreover, sitting in Canada, Shamol Mahmood Anjan was running notorious propaganda against Awami League and Prime Minister Sheikh Hasina. He also was involved in blackmailing females by making them victims of his romantic trap. This newspaper has obtained several photographs of Shamol Mahmood Anjan with various females in compromised situation.

According to information, while Shahana Rashid is having connections with Jamaat-e-Islami and Hefazat-e-Islam.

It may be mentioned here that, Bangladesh Bank has always been extremely active and prompt in investigating cases of money laundering, whether it is found by its own team or brought into its attention by others. But, Bangladesh Bank’s efficiency in combating money laundering has reached into a different height following the joining of Fazle Kabir as its governor.

It may be mentioned here that, money laundering is considered as an offence, because it has potentiality of devastating economic, security, and social consequences. It is an avenue for drug dealers, smugglers, terrorists, illegal arms dealers, corrupt public officials, and others to operate and expand their criminal enterprises. It can also adversely affect collection of government revenue and deprives the government of due revenues.