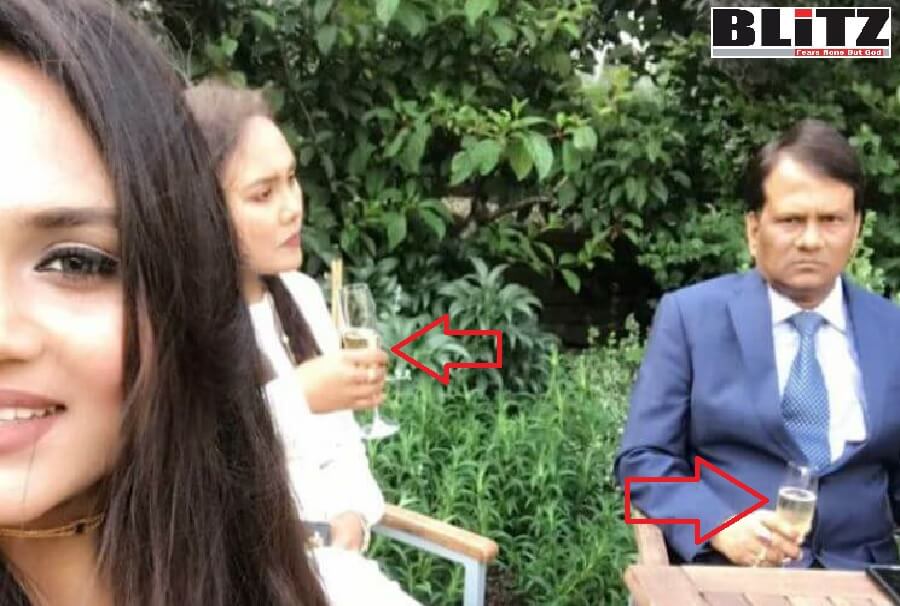 INTERPOL wanted convicted criminal and terror-funder Shahid Uddin Khan has been proclaiming himself as an “honest” individual and a “philanthropist”. But in reality, he is a notoriously corrupt person with criminal background. According to information, Shahid Uddin Khan’s false claim of being a philanthropist is to hide his dangerous face and fool people en messe. For years, Shahid Uddin Khan has been claiming as the “founder” of an organization named Sitara-Saleha Foundation. But, according to ‘GoDaddy’ site, the website of this dubious organization is already parked, meaning, the owners of this website – Shahid Uddin Khan and his wife Farzana Anjum Khan want to this so-called foundation from the attention of people.

Recently Shahid Uddin Khan has formed a private limited company named Astha Now in the United Kingdom with his wife Farzana Anjum Khan as his daughters Shehtaz Munasi Khan, Parisa Pinaz Khan and Zumana Fiza Khan as directors. Registration number of this company is 11995656. Shahid Uddin Khan is using this company at the forefront of his vicious agenda of destabilizing democratic system in Bangladesh and unseat the current government of Prime Minister Sheikh Hasina through anarchy, vandalism and terrorist acts. But surprisingly, there is no existence of the website of this company.

Seeking anonymity, a source told this correspondent that Shahid Uddin Khan has hidden the websites of Sitara-Saleha Foundation and Asthanow as the UK authorities, especially the London Met Police and National Crime Agency (NCA) have started investigation into allegations of money-laundering, terror-finance and numerous forms of illegal activities of Shahid Uddin Khan and his family members.

According to information, Saleha Khatun, mother-in-law of Shahid Uddin Khan along with her sons as well as relatives of the INTERPOL wanted criminal are actively involved in numerous activities against the Awami League government. Hiding in the United Kingdom, convicted criminal Shahid Uddin Khan has been using his relatives in continuing anti-government activities inside Bangladesh. He also has been plotting terrorist attacks with the nefarious agenda of giving bad name to the government. It is may mentioned here that, Khan has been giving instigations to stage revolt in Bangladesh, although he and his family members are enjoying luxurious lives in Britain. Media reports said, Shahid Uddin Khan has engaged one of his relatives in running vile propaganda against internationally acclaimed multi-award-winning journalist and editor of BLiTZ, Salah Uddin Shoaib Choudhury.

Earlier, Shahid Uddin Khan succeeded in filing a false case under Digital Security Act through his relative against the BLiTZ editor.

For years, Shahid Uddin Khan, despite the fact of being on run skipping legal consequences in Bangladesh, has been appearing on a number of YouTube channels run by the propagandists of Bangladesh Nationalist Party (BNP) and Jamaat-e-Islami and making proclamations of “civil revolt” in Bangladesh. Khan, his wife and daughters are convicted by Bangladeshi courts on charges of money-laundering, tax evasion, terror-finance and dealing in counterfeit currency notes and weapons.

According to newspaper reports, Shahid Uddin Khan and members of his family had smuggled-out millions of dollars from Bangladesh since 2009 and deposited into various bank accounts in the United Arab Emirates. This family also has purchased immigrant status in Britain under Visa Tier 1, VAF Number 511702, and invested over 12 million pounds, while the entire amount had been dirty money. They also established a company named Zumana Investment & Holdings Limited [also named a Zumana Investment & Properties Limited], Incorporation certificate number 0741417, dated October 25, 2010. The registered office of this company is located at Unit 29 Eleanor Street, London, E3 4UR, United Kingdom.