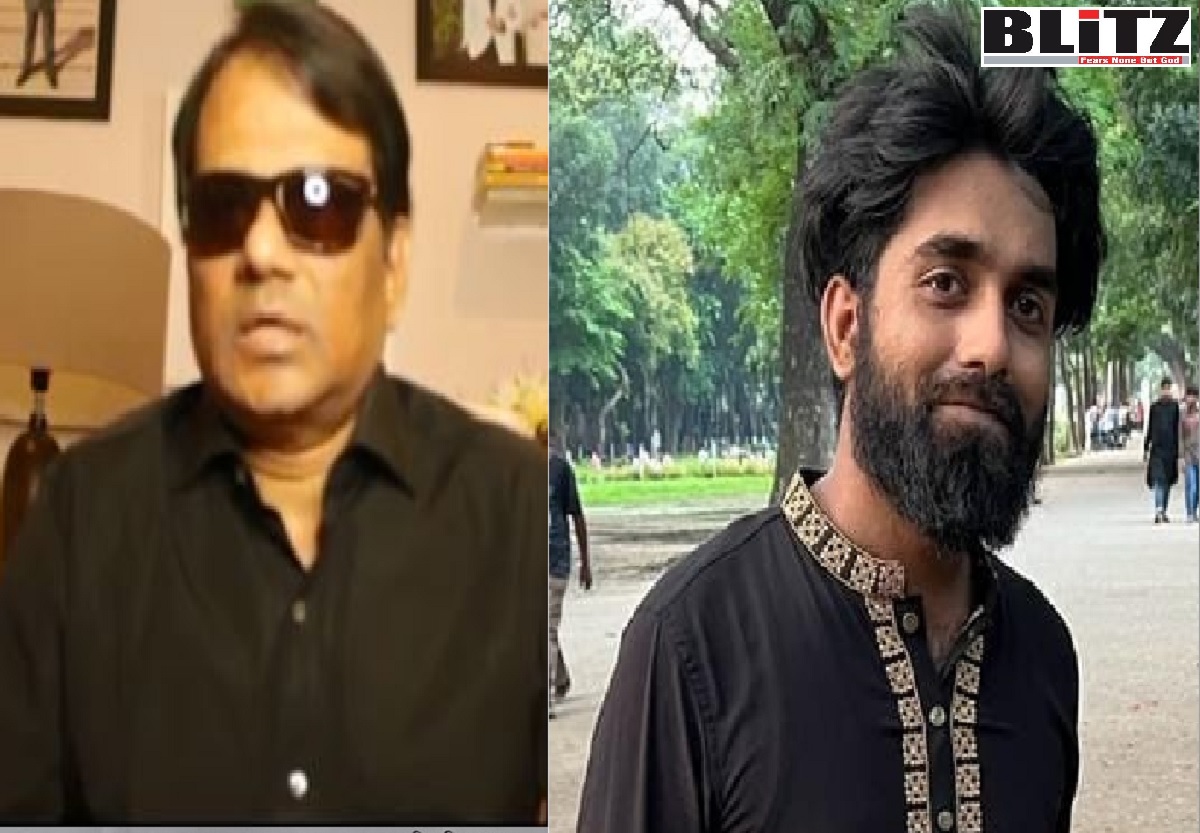 Giving reaction about the arrest of his agent, Shahid Uddin Khan said: “Hundreds of people are ready to sacrifice their blood and become martyrs” for unseating the government in Bangladesh.

It may be mentioned here that the Detective Branch (DB) of Dhaka Metropolitan Police (DMP) has arrested a member of the sleeper cell of terrorist group run by a UK-based terror funder Shahid Uddin Khan during late hours of June 11, 2022. According to media reports quoting DB sources, eyeing on the grand inauguration of the Padma Bridge, Bangladesh’s symbol of pride and achievement, vested interest groups, including members of terror-funder Shahid Uddin Khan’s group are plotting various types of subversive and terrorist acts, including suicide attacks in Bangladesh. As part of Shahid Uddin Khan’s notorious plot of terrorist activities on June 25 inauguration day of the bridge, leaflets and posters were being circulated in the country with the ulterior agenda of creating confusion in the minds of people as well the well-disciplined forces in the country.

Shahid Uddin Khan, a former army officer in exile who was convicted in the Bangladeshi courts, is behind such notorious activities. The information was obtained by DB from the statement of Kaushikur Rahman, a member of the terrorist sleeper cell run under the command of Shahid Uddin Khan, who was arrested from the south gate of Baitul Mukarram National Mosque in the capital on June 11. A case was filed under Anti-Terrorism Act on June 12, 2022 (case number 25) with Paltan Model Police Station in Dhaka. He has been remanded for interrogation.

The DB official said that Kaushikur Rahman had distributed 2-3 thousand leaflets in Lalbagh, Dhanmondi and Motijheel areas of Dhaka city for 15-20 days before his arrest.

DB recovered 395 leaflets with picture of Shahid Uddin Khan from the arrested Kaushikur Rahman. On the left side of the leaflet there is a picture of Shahid Uddin Khan and on the right side are three handfuls of fists. In the middle is written ‘Hatao Mafia, Bachao Desh, (Drive-away mafia, save the country), It’s an instruction from Shaheed Sir’. ‘Bangladesh Zindabad’ is printed at the bottom of the leaflet with 10-point demands.

Sources in the investigating agency said that during interrogation, Kaushikur Rahman said eyeing on the inauguration of the Padma Bridge, Shaheed Uddin Khan had deployed some people to distribute leaflets and put up posters to confuse the people, including members of the well-disciplined forces.

Citing information obtained from Kaushikur Rahman during the interrogation, the DB official said that Kaushikur has admitted in the preliminary interrogation that his associates Khokon and Babu had given him the responsibility of printing and distributing the leaflets after receiving a large sum of money from Shahid Uddin Khan.

Police have filed a case against four persons under the anti-terrorism law at Paltan police station on June 12. The accused are Shahid Uddin, his close friend Khokon, Babu and arrested Kaushikur Rahman.

Abdullah Al Mamun, additional deputy commissioner of the Motijheel division of the DB, said efforts were being made to arrest the other three accused.

All police stations in Dhaka and outside Dhaka have been warned about this. If Shahid Uddin Khan and his associates are arrested, investigating agency will be able to know names of the members of the entire terrorist gang.

Shahid Uddin Khan in an Al-Qaeda patterned video statement claimed that the Tory Party MP is working for him in exchange for “donation”.

According to media reports, Shahid Uddin Khan, through a video posted on his Facebook ID has claimed of paying Tory Party in exchange for favors received from Stephen Hammonds MP. In another post, Shahid Uddin Khan claimed he held “meeting” with Stephen Hammonds MP, Victoria Mary Atkins MP (Victoria Atkins) and other members of the Tory Party and discussed about toppling-down Bangladesh government through “mass-revolt”.

In the same video statement, Shahid Uddin Khan admitted that he had smuggled millions of dollars into the United Kingdom, while he claimed that the UK authorities do not ask anyone as to how the money was brough into the country. It may be mentioned here that, while several international organizations including the Transparency International had branded London as the “capital of dirty money”, convicted and fugitive terror-funder Shahid Uddin Khan’s latest statement clearly proves, British authorities are welcoming laundered monies into that country.

The latest case of the arrest of Shahid Uddin Khan’s man in Dhaka would raise question as to why the UK authorities are allowing Shahid Uddin Khan in using the British soil in continuing jihadist and terrorist agendas.  It may be mentioned here that, Bangladesh and the United Kingdom has decades of extremely cordial relations while Bangladesh is one of the front-ranking members in global efforts of combating religious extremism, terrorism and jihad. British authorities need to initiate immediate investigation into the notorious actions of Shahid Uddin Khan and deport him to Bangladesh.