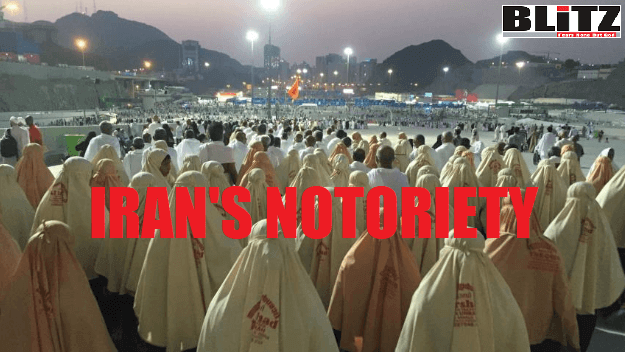 Rogue mullah regime in Iran has visibly become desperate in taking retaliation on the US and its allies following President Donald Trump’s sanctions. According to a number of sources in Iran, the country’s economic situation is on the fast decline due to the sanction.

On June 24, 2019, journalist Con Coughlin of British newspaper The Telegraph, quoting Western security officials, first revealed the information about Iran setting up a network of terror cells in Africa to attack the United States and other Western targets in retaliation for Washington’s decision to impose sanctions against Tehran. It is all part of Tehran’s attempts to expand its terrorist operations across the globe.

The new terror network has been established on the orders of Qassem Suleimani, the head of the Quds Force, the elite section of Iran’s Revolutionary Guard Corps that has responsibility for overseas operations. The aim of the new terror cell is to target US and other Western military bases on the continent, as well as embassies and officials.

The operation is being organized by Unit 400, a highly specialized section of the Quds Force which is run by Hamed Abdollahi, a veteran Republican Guard officers who was designated by the US as supporting terrorist activity in 2012.

The Iranian cells are said to be active in a number of African countries including Sudan, Chad, Ghana, Niger, Gambia and the Central African Republic.

The African cell is said to be run by Ali Parhoon, another senior Iranian officer in Unit 400. Details of the terror cell’s existence were uncovered following a series of arrests in Chad in April.

Investigators found that Iran was behind the recruitment and training of men between the ages of 25-35 with the aim of committing terror attacks against Western targets on the continent.

There are estimated to be around 300 militants who have been recruited by the Revolutionary Guard and have undergone rigorous training at Iranian-run training camps in Syria and Iraq.

The last batch of recruits were trained at an Iranian base in the southern Iraqi city of Najaf. Iran’s attempts to establish a new terror operation in Africa follow revelations in the British media during early June 2019 that British security officials busted Iran-patronized Lebanese Hezbollah’s secret warehouse and recovered tons of explosives on the outskirts of London.

The British authorities believe this cell was also set up in 2015 after Iran signed the nuclear deal.

As part of taking revenge on Saudi Arabia for its intimacy with the United States and recent steps of Saud Crown Prince Mohammad Bin Salman, key figures in the Iranian regime reportedly have plotted terrorist attack on the Islam’s holy mosque Ka’aba in Mecca, Saudi Arabia, during the upcoming hajj [religious pilgrimage of the Muslims]. As part of this notorious agenda, several members of Iran’s Revolutionary Guard have already entered the Kingdom under various disguise with non-Iranian passports.

According to an intelligence report, members of these groups possibly are now in Riyadh, while there also are at least 3-4 hundred Iranian suicide attackers in United Arab Emirates, Qatar, Lebanon and Egypt, who are waiting for next instructions from Tehran.

Policymakers in Iran are trying to put the current rulers in Saudi Arabia into a challenging situation by killing hundreds of pilgrims through terror attacks during the upcoming hajj.

These trained militants may also launch attacks on posh hotels, tents of the pilgrims and in the Mount Arafat, where millions of pilgrims will gather as part of hajj rituals.