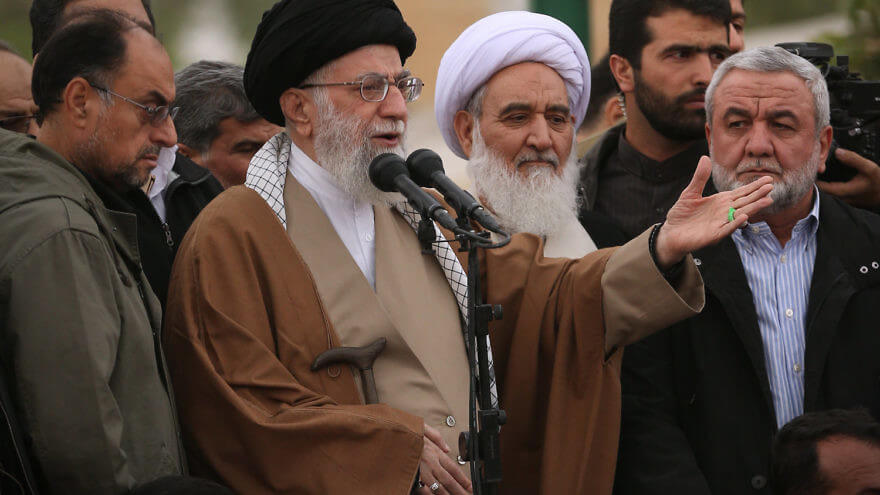 The report estimated that over the past six years, ‎the Islamic republic has spent some $16 billion to ‎prop up Syrian President Bashar Assad’s regime and ‎fund Iranian-backed militias across the Arab world.‎

Assad has so far received about $4.6 billion from ‎Tehran, which also gives its largest regional proxy, ‎Lebanon-based Hezbollah, more than $700 million a ‎year, in addition to supporting other militias in ‎Iraq and the Houthi rebels in Yemen.‎

According to the 48-page report, the Gaza Strip-‎based Hamas and Islamic Jihad terrorist groups have ‎receives upwards of $100 million from Iran in recent ‎years. ‎

‎“We know that Iran uses its economic revenues to ‎finance terrorism. There is no country in the world ‎that sponsors and supports terrorism more than ‎Iran,” said a State Department ‎official. ‎

The report also touched on Iran’s ballistic-missile ‎program, saying that for years, Tehran has been ‎violating the international restrictions imposed on it ‎and has been delivering ballistic missiles to the ‎Houthis.‎

The report urges the international community to join ‎forces in an effort to counter the Islamic ‎republic’s ballistic-missile program.‎

‎“The United States ‎will continue with its aggressive ‎‎sanctions policy against Iran, as the president has ‎instructed,” the report said. ‎

The cyber threat posed by Iran was also discussed at ‎length in the report. ‎

‎“Iran’s cyber efforts undermine and endanger ‎international norms for free and open use of the ‎internet,” it said, adding that there is clear ‎evidence linking Iran to cyber-attacks on government ‎and commercial sites in Israel, Saudi Arabia and ‎Qatar.‎

‎“The policy President Trump has laid out comes to ‎terms fully with the fact that the Islamic ‎Republic ‎of Iran is not a normal state,” U.S. ‎Secretary of State Mike Pompeo wrote in the ‎introduction to the report.‎

‎“It is important for the world to understand the ‎scope of the regime’s recklessness and malfeasance. ‎‎… We will engage with any nation prepared to take a ‎stand with us against the chaos and brutality that ‎Iran imposes on its citizens and spreads in spades ‎around the world,” stressed Pompeo. ‎ ‎“We know many countries share our concerns and our ‎yearnings for a more secure and stable Middle East, ‎as well as a freer Iran. We encourage nations and ‎businesses across the world to examine the record ‎enclosed here, and answer the call to address the ‎challenge of Iran head-on.”