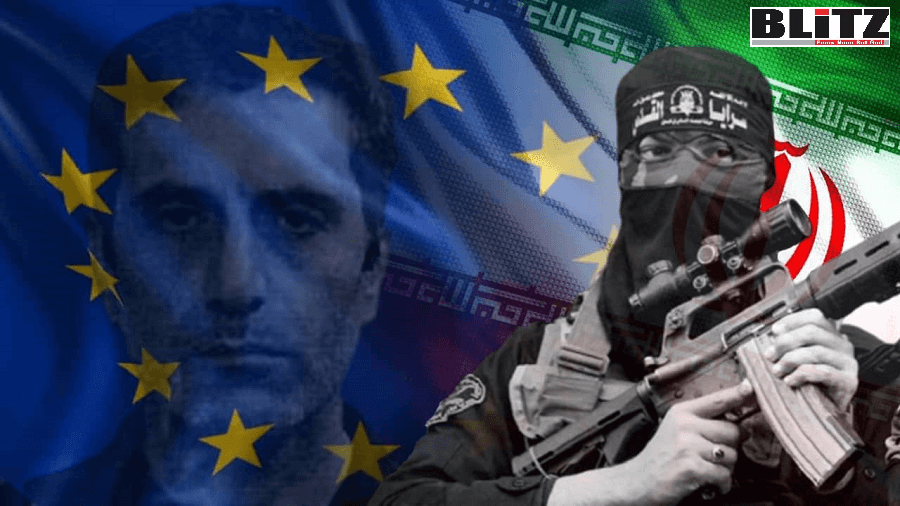 Iranian regime has been regularly sending terrorists into western nations under various disguises, including diplomatic cover. On February 4, 2021, a Belgian court in Antwerp handed-down its verdict to Assadollah Assadi, Iran’s incarcerated terrorist under diplomatic cover – for his attempt of bombing Free Iran gathering in Paris in 2018. Assadi was sentenced to 20 years in prison, while the three other terrorists, Nasimeh Naami, Mehrdad Arefani, and Amir Saadouni, were sentenced to 18, 17, and 15 years in prison, respectively. This verdict came after two-and-a-half years of investigation by the Belgian judiciary and a severe political-legal struggle between the Iranian Resistance and the rogue mullahs’ regime.

Throughout this process, Iran tried to imply that Assadollah Assadi had diplomatic immunity based on the 1961 Vienna Convention. Tehran did everything within their capacities to save the head of its terrorist network in Europe. It is claimed by many media reports that, to save Assadi from being convicted, Iranian regime spent significant amounts of money – activated its network of mighty lobbyists and hired most expensive legal team. When it was imminent that Tehran’s attempts of saving Assadi were going in vein – they started threatening Belgium with possible terrorist attacks.

Following the verdict, Iranian Foreign Ministry’s spokesperson Saeid Khatibzadeh said: Unfortunately, Belgium and some other European countries committed such an illegal and unjustifiable action under the influence of the hostile atmosphere of the MEK [People’s Mojahedin Organization of Iran] in Europe.

Iranian regime’s frantic bid of saving Assadi and its statement following pronouncement of the verdict had clearly proved – the rogue regime in Iran has no shame in openly exposing its terrorist face. Even Assadi’s lawyer told the trial court – “My client feels, it is his government which is being tried – not himself”.

Belgium’s state security service (VSSE) chief Jaak Raes in a letter dated February 2, 2020 told the prosecutor: The attack plan was conceived in the name of Iran and under its leadership. It was not a personal initiative by Assadi.

According to experts on Iranian affairs, the verdict of Antwerp’s court and the conviction of one of the Iranian regime’s undercover diplomats has several political and strategic consequences:

– This verdict ended this false and hollow notion that terrorism is limited to some “rogue” elements or factions of the regime. It demonstrated the close collaboration between the regime’s Ministry of Intelligence and Security (MOIS) and the Ministry of Foreign Affairs. Thus, it became clear that the entire regime, from the Ministry of Foreign Affairs and its Minister Mohammad Javad Zarif, the so-called “moderate” government of Hassan Rouhani, and the MOIS, are generally involved in terrorism and particularly in the 2018 bomb plot, under the supervision of the regime’s Supreme Leader, Ali Khamenei.

– The regime’s blackmailing strategy and terrorism received a major political and technical blow. From a technical point of view, the vast network that Assadi had created in Europe using very high costs of assets plundered from the deprived people of Iran has now been exposed. Now Western countries, mainly Europe, should take the next step in dismantling this network. The only way to deter the regime’s extortion and hostage-taking policy is standing firm against these actions, not appeasing the regime or retreating in its face.

– In a situation where the clerical regime and supporters of the appeasement policy were dreaming of a new era of the appeasement policy with the new administration taking power in the United States, the court’s ruling showed terrorism is institutionalized in the regime. Therefore, neglecting this issue and any attempt to get closer to the regime will be in service to more terrorism by the regime and a disgrace.

– The court ruling also disgraced the regime’s demonizing campaign against the MEK using the network of the MOIS and huge funds that the MOIS and the Ministry of Foreign Affairs had allocated to this campaign. It became clear that no one lashes out at the MEK and the Iranian Resistance leadership unless they have an underlying motive. The true motive for these hysterical attacks is hundreds of thousands of dollars and euros that Assadi paid to these agents during his trips to various European countries.

When the documents of payments were presented during the court session in Antwerp, the judges concluded that Assadi is a high-ranking intelligence officer, who runs a huge terrorist network in Europe under diplomatic cover.

Commenting on the verdict, Maryam Rajavi, President of the National Council of Resistance of Iran said: The time has come for the European Union to take action. Silence and inaction under whatever pretext will only embolden the mullahs’ regime to continue its crimes and terrorism. The Iranian people expect that the EU revises its Iran policy and hold ruling theocracy accountable.

The verdict of Antwerp has once again proved – Iran has been desperately pushing ahead its notorious agenda of terrorizing the western nations through its own contingents of terrorists and under-cover terrorist entities. It has also proved – Javed Zarif, Europe’s negotiating interlocutor, not only was directly involved in the decision-making process of the 2018 bombing plots, his diplomats were also taking active parts in the entire process. Iran’s key policymakers, including its so-called spiritual leaders also are very much part of terrorist activities.

Members of the European Union nations as well as countries such as Britain and the United States should abandon their wrong methods of appeasing Iran. Instead, tougher actions should be taken, within imposing further sanctions on the rogue regime. At the same time, international community should extend support and cooperation to the pro-democracy forces in Iran.