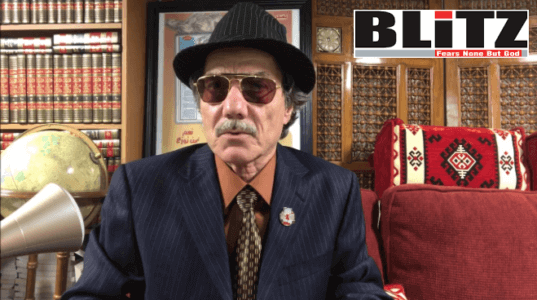 Today I watched a Youtube Video of Arab Times Editor, Dr. Osama Fawzi, that he does on a daily basis. In this episode number 1485 he spoke about what he referred to as the reasons of why he turned down what he claimed an Emirati offer to buy his silence. Osama Fawzi claimed that Emirati leaders sent him a mediator during last Ramadan [Muslim month of fasting] to offer him money in return of not attacking Emirates leaders. Mr. Fawzi said he rejected the offer because he does not sell out for anybody.

In his story that Osama Fawzi tried to market as part of his utopia, he actually mentioned that the offer that was made to him did not include asking him to cheerlead the UAE rulers or even to delete the past contents against them in the Arab Times website. Instead, the offer was about a kind of truce and silence. Osama Fawzi went on saying that this was the type of offer he had and disclosed it so that his audience won’t misunderstand thinking he had sold himself to the Emiratis – should he switched stance and become a cheerleader to Emirati rulers. He added that if he accepted the offer, he would be able to enjoy an open cheque with the amount that he likes.

What triggered that story was that Dr. Osama Fawzi was responding to a tweet from someone who accused Osama Fawzi of being a mercenary for Qatari rulers.

Looking at this saga that Dr. Fawzi tried to reflect about himself, he might have forgotten that he actually exposed himself to his audience and possibly he could not realize it.

Around two years ago, Osama Fawzi suddenly became a cheerleader for the autocratic King of Jordan and his family after years of exposing the corruption and human rights abuses by King Abdullah and his cronies. He once tried to justify this shift as part of his views as a journalist, because he is not a politician or a party member who would stick on to a rigid position. He said that his support for Abdullah of Jordan is because he stood against the Zionist conspiracy against Jerusalem and Palestine.

Osama Fawzi himself published reports about the Royal Family in Jordan and their historical and contemporary support to the Zionists that he considered Israel as an illegitimate nation. Meanwhile quite suddenly the Jordanian royals have become the holder of the liberation flag of Palestine. He also published numerous reports about the corruption and crimes of the Jordanian King against his people.

Moreover, his removed many cartoons of King Abdullah and his wife Rania from the Arab Times website. He also took a hard-defensive line for Princess Haya as part of his paid cheerleading for the Royal Family in Jordan.

When sparked uprisings against the corruption of the king happened in Jordan such as in 2013 and 2017, Osama Fawzi maintained silence in his newspaper. He never wrote a letter about the crimes of Abdullah in repressing the peaceful protests and never cared to address the fact that the Jordanian Public are angry and fed up of this corrupted dictator and his family.

More recently, Osama Fawzi has turned into a media bodyguard for the King of Jordan and his family – he goes after any Jordanian opponent who exposes Abdullah and Rania of their corruption and crimes.

What is actually more interesting, is that the cheerleading stance of Osama Fawzi for the Jordanian regime was accompanied with a silence against Qatari rulers and extended attacks on the Saudis and Emirati rulers.

Mr. Fawzi in his video appearance in the above episode has clearly claimed to have not accepted the “offer” from the UAE rulers, which wanted to buy his silence against the payment of a fabulous amount that he would “love”. Millions? Right? At the same time, Osama Fawzi has not possibly given us the prove of him being sold to King Abdullah of Jordan  and his extreme corrupt and ruthless regime.