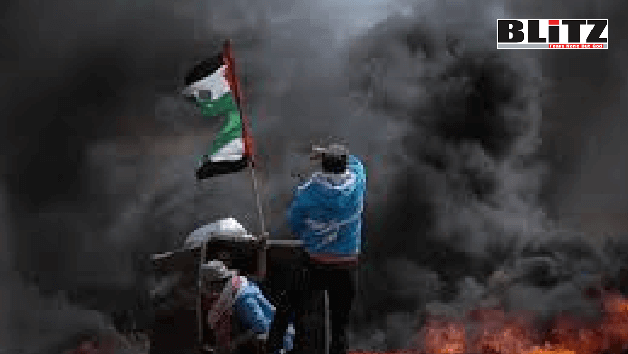 David Ben-Gurion understood that a state is much more than a legal entity and that the uniqueness of Israel fosters an inherent tension between the state as an organized institutional mechanism and the state as an instrument in a national process of redemption. Hence he believed that, even after its establishment, Israel would continue to be a “state in the making,” a means toward the fulfillment of an endless vision.

Deputy Attorney-General Dina Zilber has recently made an emphatic plea to the Israeli public to rally behind the (supposed) struggle for “the rule of law”: “Let your voice be heard… look out for us so that we can keep looking out for you against the ruling authorities.”

This plea failed to strike a responsive chord among many Israelis, for the simple reason that the “rule of law” has become a euphemism for the steady transformation of the Jewish state from the embodiment of the millenarian yearning for return and national reconstitution into little more than a legal entity.

In the first decade of the state’s existence, David Ben-Gurion repeatedly emphasized Israel’s nature as a state that had to conduct itself in fealty to a lofty vision that went beyond a “mere” well-managed state. As he explained,

The establishment of the state did not mean the vision of redemption was fulfilled. The overwhelming majority of the Jewish People is still dispersed among the nations, and the Jewish state still is not a realization of the Jewish redemption, but only the main instrument and means toward its redemption.

Of course, a state requires laws. But every state, and especially Israel, is much more than a legal entity. The law is only a scaffolding, not the house itself. But what is the house? Can the law constitute its identity? It is not only the law that unites us as a nation.

When it comes to the relationship between the state and its citizens, the Israeli champions of the “rule of law” place the private individual and his or her goals at the center of society. In their view, no factor apart from the law can bring the Israeli “society of immigrants” together. That idea is, of course, entirely at odds with the idea of Jewish national redemption/reconstitution, the return to Zion, and the ingathering of the exiles.

Ben-Gurion understood that as a dynamic entity, the Jewish state would have to engage in an ongoing synchronization of tensions. As he saw it, Israel’s uniqueness placed it in a perpetual tension between the state as an organized institutional mechanism and the state as a means in a national process of redemption. That was why, in his view, even after its establishment Israel would continue to be a “state in the making,” an instrument toward the fulfillment of an eternal vision.

With his concept of “stateliness,” Ben-Gurion set forth an overarching vision that transcended the framework of laws and regulations. He demanded of government employees a loyalty that was not merely formal: “Not the law but the performance is what matters…. For the special historical destiny of the state of Israel, enlightened law and loyal officialdom will not suffice.”

Ben-Gurion’s conception of “stateliness” does not settle for a state that is well and properly run in accordance with the rule of law. Stateliness is the national compass by which government workers must be guided, including when they deal with tensions—such as the perpetual tension between the state of Israel as both a national home for the Jewish people and a state granting equality to all its citizens.

A state requires not only a unifying framework of law for all its citizens but, above all, a unifying national narrative that imparts a sense of mission, and based on which sacrifice can be demanded of those citizens. Much more is required to mobilize a nation for collective effort, both in peacetime and at times of crisis and war, than a legal obligation.

Therein lies the threat posed by an exaggerated emphasis on the “rule of law.” A song sung in pre-state days proclaimed: “Our faces toward the rising sun, our path again turns to the east.… We carve out our fate proudly, carry in our hearts a gleaming hope, we remember that we have a nation, we know that we have a homeland.” Israel represents a nation and a homeland, not just a legal entity.