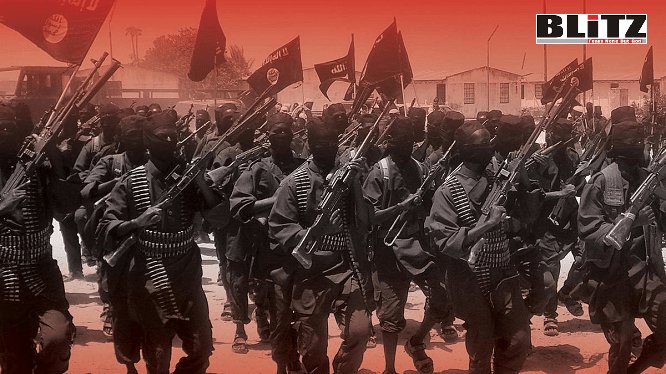 A message encouraging ISIS supporters to use the holidays to target American and French civilians in terror attacks is being promoted online within the terrorist organization, Homeland Security Today reported Tuesday.

The message from ISIS supporters was directed at jihadists in America, Russia, France, Belgium and “the lions everywhere” asking them “what they are doing to support [their] brothers” as “the war is getting worse,” HS Today reported. It was released with an audio reminding ISIS follower that “there are their festive days on the doors — kill them like killing insects” with several verses from the Quran, HS Today reported.

“Do not miss this battle, wherever you are… so if you are able to kill an American or European infidel, especially the hateful French, or Australian, Canadian, Russian, Belgian, or other crusader infidel, the sponsors of countries that have allied together against the Islamic State, so trust in Allah and kill him by any means,” the message said, HS Today reported.

“Support your brothers and your country with everything you can, and the best thing you can do is to do your best and kill any infidel French or American or any of their allies, so turn their night into day and their day to flames and flames to terror and devastation,” the message said, HS Today reported.

The message advises jihadists not to discuss their plans with anyone and to not look for help, though they should use blunt force, poison or arson if necessary, HS Today reported.

“If you fail from bombing or bullets, then blow a head with a stone, or slit it with a knife, run it over with a car, throw it from a height, conceal their breath, or put poison for them, do not hesitate,” the message said, HS Today reported. “Make your slogan, ‘I wouldn’t survive if they would.’ And if you failed to do any of that, then burn his house, car, business, or destroy their cultivation.”

The message concludes by telling those who don’t participate in jihad as disloyal, according to HS Today.

Extremist groups tend to make threats around Hanukkah, Christmas and New Year’s holidays, according to HS Today. Media organizations that support the Islamic State have previously published propaganda celebrating past attack and encourage others to mimic the attacks at specific places such as the Vatican.

ISIS supporters released a new chant called “Coldly Kill Them All With Hate And Rage” on Dec. 12, according to Memri TV. The song encourages followers of ISIS to fight on behalf of the Islamic State and to terrorize adversaries.

“Fill their lives with terror and fear, pull the trigger and scream takbeer [shout ‘Allah akbar!’], Muslims paid back, please make it clear,” the song says.

“Plan your perfect killing spree, earn in Jannah [paradise] a high degree, with your maidens under a tree [the black-eyed maidens promised to martyrs according to Islamic tradition],” the song continues.

The song was released with a graphic of a Christmas tree and bomb titled “Just Terror 2020,” according to Memri.