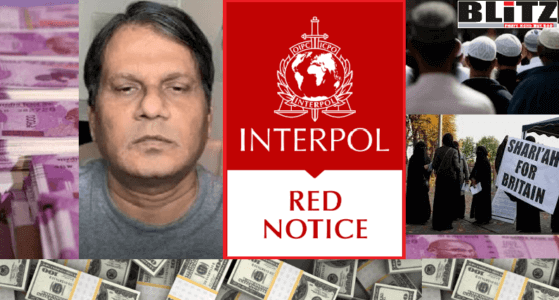 Back in 2009, a Bangladeshi family had entered the United Kingdom by obtaining immigration visas under Visa Tier-1. Authorities in Britain had no problem in inviting this family, despite the fact they entered the country with millions of laundered dirty money.

According to newspaper reports a man named Md. Shahid Uddin Khan, along with his wife Farjana Anjum and daughters Shehtaz Munasi Khan, Parisa Pinaz Khan and Zumana Fiza Khan had entered the United Kingdom with tons of dirty money and had even managed immigrant status under Visa Tier 1, vide VAF No. 511702. On October 23, 2010, this family has established a company named Zumana Investment & Properties Limited [incorporation number 74174117] in Britain.

It was also reported in the media that Khans are having business connections with Tory MP Stephen Hammond as well as fugitive terrorist Dawood Ibrahim.

Md. Shahid Uddin Khan, his wife Farjana Anjum and daughters named Shehtaz Munasi Khan and Parisa Pinaz Khan have laundered millions of dollars between 2009-2018 from Bangladesh and invested in the United Arab Emirates and Britain.

Shahid Uddin Khan’s youngest daughter Zumana Fiza Khan not only is romancing with the nephew of a commander of Joish-e-Mohammad, but she is also actively promoting Pakistan and Pakistanis through her social media accounts.

His second daughter, Parisa Pinaz Khan, who is a committed towards Islamic State (ISIS), has been looking after her father’s business interest with D-Company, a notorious brand operated by Dawood Ibrahim. Sitting in London, Parisa is taking care of their business in Dubai – a business covering drugs, arms, and counterfeit currency.

Md. Shahid Uddin Khan has the ambition of becoming a top figure in the jihadist world and capture power in Bangladesh by establishing Caliphate. With this goal, he has been advancing his notorious activities by financing Islamic State as well as other jihadist groups in South Asia. He has contributed a large sum of money behind the Easter Sunday jihadist attacks in Sri Lanka.

On the other hand, Parisa Pinaz Khan is even much ferocious than her father. For a couple of years, she has been trying to establish connections with the Russian underground – or maybe the secret service of the country. Following the Novichok (name of the Russian nerve agent) attack on Sergei Skripal in London, Moscow too is now looking for some people – ambitious like Parisa, who would work for the Federal Security Service. Accordingly, Parisa visited Moscow.

The most disturbing fact about Md. Shahid Uddin Khan is his direct involvement in dealing into counterfeit Indian currency, which is being manufactured in Pakistan by its spy agency, Inter Service Intelligence (ISI). During 2009-2018, Khan has made a huge amount of money by dealing into Indian counterfeit currency while the consignments were sent inside India through Khan’s old-contacts within the cross-border smuggling rackets.

Shahid Uddin Khan is applying the notorious tactics of Taqiya [deception] with the Britons, which he reportedly justifies as “white lies”. His argument is – there is no religious bar in deceiving or cheating non-Muslims and he would fool them through “white lies” and “contribute in establishing Sharia rule” in the United Kingdom.

On June 20, 2019, Interpol has issued Red Notice on Md. Shahid Uddin Khan, his wife Farjana Anjum, daughters Shehtaz Munasi Khan and Parisa Pinaz Khan. Authorities in the United Kingdom should immediately deport the members of this notorious family to Bangladesh, as part of its commitment towards combating militancy and crime.