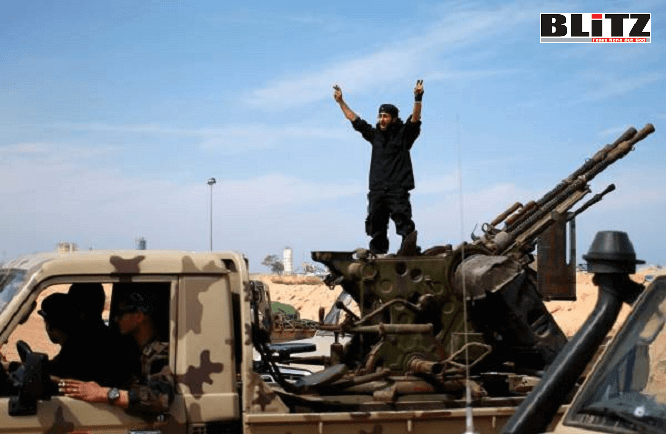 Islamic State, the supposedly almost-defunct jihadist group, is not only making a comeback in Syria and Iraq but also in a place that has recently grabbed the headlines: Libya. Unfortunately, this was ignored last weekend at a Berlin peace conference on Libya. Convened by German Chancellor Angela Merkel, world players strived to enact a ceasefire between the two main warring parties in the conflict. But that may turn out to be just the least of their worries if ISIS catches fire.

“Several thousand ISIS fighters have left Idlib in Syria through the northern border and have ended up in Libya,” Jordan’s King Abdullah recently warned. “That is something that we in the region but also our European friends will have to address in 2020.” Russian Foreign Minister Sergey Lavrov also confirmed that concerning information.

It is quite telling that Islamic State fighters are again leaving Syria to settle in Libya. Indeed, the Islamic State’s Dabiq magazine in 2015 highlighted Libya as a major “market” for the organization, boasting of European recruits there. Reports came in of 56 French nationals, 20 British citizens and 16 Belgians having joined ISIS in Libya. It is not a coincidence that Libya had been connected to Islamic State attacks abroad, on the beach in Sousse, Tunisia, in 2015, the Christmas Market attack in Berlin in 2016, and the 2017 attacks in the United Kingdom at Manchester Arena attack and the London Bridge.

ISIS went on a recruiting drive in 2015-2016 using multiple tactics such as allegedly kidnapping migrant workers at gunpoint to force them to train to be fighter/suicide bombers. Islamic State also reportedly offered $1,000 to recruits from Mali to join their ranks in Libya.

These tactics allowed Islamic State in Libya to grow from 2,000 to 8,000 fighters in just a few months, and some noticed. For example, the United States launched a two-year air campaign to destroy ISIS in Libya. Despite inflicting significant damage to ISIS, the group was not totally wiped out. Even the U.S. Military command in Africa, Africom, believed then that ISIS still had 500 members in Libya by the end of 2017, but there were no signs of additional foreign jihadists moving from Syria and Iraq into Libya.

But the Islamic State did make a call for fighters to migrate to Libya through Sudan that fall, portraying it as way into Europe to carry out lone-wolf attacks.

Last May, Islamic State jihadists had no problems allying themselves with Chadian opposition fighters to attack the forces of Libyan National Army Marshall Khalifa Haftar at a training camp in Sebha, resulting in the death of eight soldiers.

The United States seems to have noticed the resurgence of Islamic State in Libya: in the span of 10 days last September, it launched four strikes against Islamic State jihadists.

Nonetheless, the new intelligence about ISIS fighters from Idlib moving to Libya is a potential game-changer. These are hardcore radicals, motivated and extremely well-trained. ISIS could use the opportunity of an escalation of the conflict between the warring sides to expand dramatically in Libya. In this scenario, like in Syria, foreign fighters from Europe would flock to the area in large numbers. Indeed, a North African from Brussels, Paris, or Amsterdam has much more in common with someone from Libya than with someone in Syria or Iraq. Couple that with the fact that entry in Libya is easy with the huge influx of refugees, it could be a recipe for success for ISIS. Other factors could make it even more dangerous: Libya could be a possible springboard to destabilize neighboring Algeria, Morocco and Tunisia and since Libya is located only 300 kilometers from Italy, it could be used as a strategic staging area for launching attacks against Europe. Last, but not least, ISIS could organize the passage of refugees to Europe.

Islamic State has emerged in just one year as the major terrorist actor in the Sahel, next door to Libya, where it could also re-become a major force to be reckoned with. There have always been numerous layers in Libya since dictator Muammar Gaddafi’s fall in 2012. The international community should not think that there are only two parties involved in the conflict. Islamic State and hundreds of militias are also important players not to ignore at the risk of turning Libya into the new Syria.

Olivier Guitta is the Managing Director of GlobalStrat, a security and geopolitical risk consulting company for companies and governments. He is the author of a chapter on Libya in the book “A New Paradigm for the Mediterranean.”