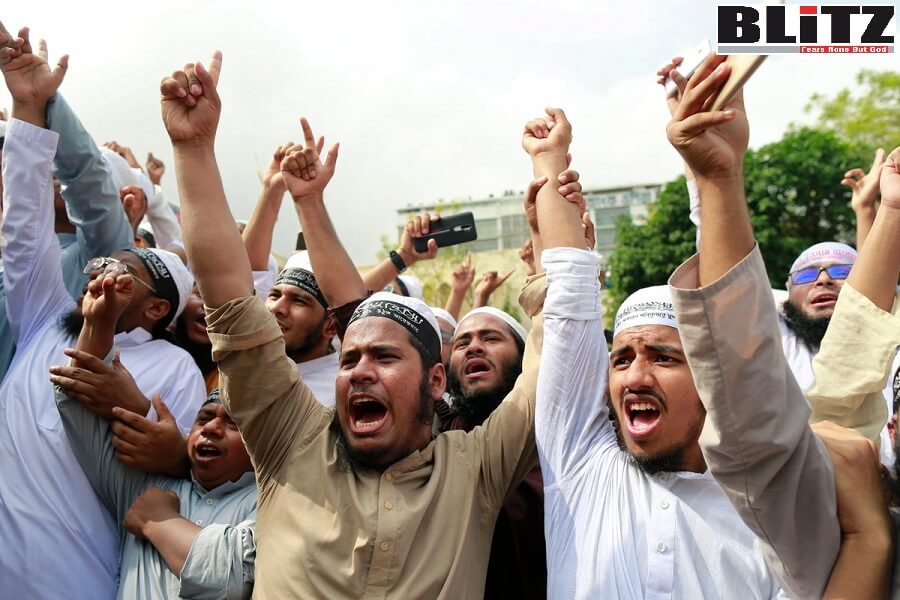 While the Awami League government has already started taking preparation for the 2023 general elections, majority of the Islamic parties and forces in the country have started secret preparations for forming a grand alliance with the goal of challenging the ruling party during the 2023 general elections. Meanwhile, most of the Islamic and Islamist parties in a coalition led by Bangladesh Nationalist Party (BNP) have started process of leaving the coalition and join the grand alliance. Seeking anonymity, a source said, Pakistani High Commission in Dhaka has been coordinating the formation of Islamic grand alliance, while it has been maintaining liaison with the leaders of Islamic and Islamist parties and groups through a WhatsApp group. Additionally, Pakistani High Commission also is involved in anti-Awami League propaganda in Bangladesh, most through social media platforms.

The investigations have revealed that many of these media posts are suitably tailored to convey a distorted message and news and posts are routinely shared within the Whatsapp group with the aim to generate negative sentiments and create tensions between the communities in India and Bangladesh, sources alleged.

According to media reports, Pakistan’s ISI has been running various campaigns from behind the scenes by capitalizing on religious sentiments. ISI also is coordinating and funding misinformation as well as fabricated information with the ulterior agenda of destabilizing law and order situation in Bangladesh. Another source said, during the past several months, Pakistani ISI and well as a number of anti-Awami League blocs have been using members of Tablighi Jamaat in attracting people towards “religious gatherings”, while these gatherings are used as one of the key vessels of spreading lies and propaganda against Awami League government. It also is learnt, imams and clerics in mosques are openly continuing anti-government campaign while many of them even are giving instigation to devotees and attendees of waging jihad against the Awami League government. Some of the imams and clerics even are branding the government and several key figures as “infidels” and “enemies of Allah”. Country’s intelligence agencies are in total dark about such notorious activities of the radical Islamic groups and Tablighi Jamaat.

Sources said, Islamic and Islamist groups are going to emerge as the main rival of the ruling Awami League during the 2023 general elections targeting Muslim vote banks throughout the country.

Meanwhile, Bangladesh Nationalist Party (BNP) and Jamaat-e-Islami are taking full preparations of beginning global media offensives and lobbyist activities against the government, with the help from a number of large media outlets, including Qatari broadcast network Al Jazeera. Sitting in London, fugitive BNP leader Tarique Rahman (also known as Tarique Zia) has been collecting millions of dollars from various affluent pro-BNP individuals from Bangladesh, Britain, European nations, Middle East, and the United States. Tarique’s men are also reportedly providing lots of propaganda stuff and concocted information to Al Jazeera’s i-team while they also are going to launch dozens of propaganda channels on YouTube.