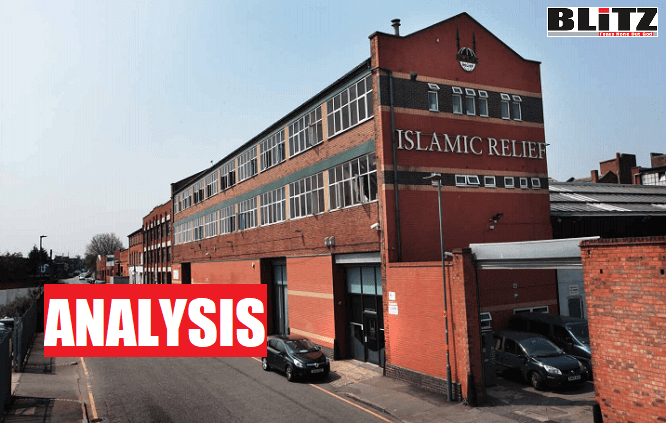 To understand many causes behind the fast spread of radical Islam and jihadism, we should, first of all, identify the key-sectors, which have been injecting hundreds and millions of dollars into various activities such as anti-Semitism and religious hatred, which is opening the window to jihadist madness. Most of us may not know, an organization named Islamic Relief is one of the largest Islamic charities in the world.

Founded in 1984, Islamic Relief today maintains branches and offices in over 20 countries and it has reported franchise-wide income of hundreds of millions of dollars. Western governments provide a significant proportion of this income.

Islamic Relief (IR) was founded – and continues to be managed – by prominent Islamist operatives. A few examples of prominent current and former IR trustees and officials may give some idea about the motives and ideologies of this large organization:

Hany El-Banna OBE – founder of Islamic Relief and a former trustee of several charities accused of links to Islamist extremism and terror. El-Banna established Islamic Relief while a student involved in Muslim Brotherhood circles. In 2016, El-Banna gave an interview to Al-Aqsa Voice, the official radio station of the terrorist group Hamas, during which he urged “a strong coalition” between civil society organizations and the Hamas government to “repel any foreign ideas and malignant intrusions.”

Khaled Lamada – chairman of Islamic Relief’s USA branch and the founder of Egyptian Americans for Democracy and Human Rights, one of the Brotherhood’s key lobbying arms in the United States. Writing and sharing Facebook posts mostly in Arabic, Lamada has circulated text praising the “jihad” of the “Mujahidin of Egypt” for “causing the Jews many defeats.” He has republished claims on Facebook that praise Hamas for inflicting a “huge defeat” against the “Zionist entity.”

Issam Al-Bashir – a prominent member of the European Council for Fatwa and Research, a body of Muslim Brotherhood clerics led by Muslim Brotherhood spiritual leader Yusuf Qaradawi, who has advocated killing Jews and homosexuals. Bashir previously served as the Minister of Guidance and Religious Endowments in the genocidal Sudanese regime.

Ahmed Al-Rawi – a former director of Islamic Relief Worldwide, who also served as a director of the Muslim Association of Britain, which the Daily Telegraph has named as the Muslim Brotherhood’s “main declared British affiliate.” In 2004, Al-Rawi signed a declaration in support of jihad against British and American forces in Iraq.

Now, let me tell my readers, Islamic Charity has been long accused of terror funding. The United Arab Emirates and Israel have designated IR as a terror-financing organization.

In 2005, Russian authorities accused Islamic Relief of supporting terrorism in Chechnya. And in 2012, the Swiss banking giant UBS closed down Islamic Relief’s accounts and “blocked donations coming from its customers to the charity,” reportedly over terror financing fears.

Another key partner for Islamic Relief branches in Gaza is the Gaza Zakat Committee, also known as the Islamic Zakat Society (IZS). IZS works closely with the Hamas government. It is managed by a prominent Hamas preacher named Hazem Al-Sirraj, a former student of Hamas founder Sheikh Yassin. In 2018, Islamic Relief Worldwide submitted an appeal for $420,000 for IZS through a United Nations fundraising scheme.

Islamic Relief has enjoyed a great deal of access to prominent government officials. In the United States, Islamic Relief officials have dined at the White House, accepted appointments as advisors to the State Department, and enjoyed speeches by administration officials at Islamic Relief events.

In the United Kingdom, Islamic Relief events have featured speeches by Prince Charles, the deputy Prime Minister of Britain, and various cabinet ministers. In fact, Islamic Relief enjoys the support of taxpayers and politicians across the globe. The Middle East Forum has identified over $80 million in grants and donor matching schemes from Western governments, the European Union and the United Nations since 2007.

Between 2000 and 2016, the American community and corporate foundations have given Islamic Relief over $4.3 million. The largest single donation was provided by the Bill & Melinda Gates Foundation, which handed Islamic Relief almost $1.4 million.

Islamic Relief also benefits from the credibility of its non-Muslims partners and admirers. Even prominent Jewish charities have worked closely with Islamic Relief, despite its long history of promoting anti-Semitism. Leading newspapers and cable news networks encourage readers to donate to Islamic Relief and produce regular puff-pieces about Islamic Relief’s officials and their work.

Islamic Relief’s claims to be a moderate organization are gradually losing credibility. Since Islamic Relief was designated as a terrorist organization by the United Arab Emirates, a number of Western countries started examining the international charity’s activities.

In the United States, a government source revealed to Ryan Mauro, a fellow of the Clarion Project, that agents from the Federal Bureau of Investigation, Internal Revenue Service, and Office of Personnel Management had put together a criminal case relating to Islamic Relief in 2016.

The Middle East Forum submitted requests for documents concerning Islamic Relief under the Freedom of Information Act to the agencies involved. In January 2018, the OPM confirmed the existence of a criminal investigation, stating: “We are withholding the records … as they were compiled for law enforcement purposes and their disclosure could reasonably be expected to interfere with ongoing enforcement proceedings, by—for example—suggesting the scope of an investigation and alerting potential subjects as to the nature of the Government’s evidence and strategy.”

In Germany, in November 2016, Christian Gaebler, a Secretary of State in the Berlin Senate, responded to a written question about Islamic Relief’s Islamist connections by declaring: “Islamic Relief Germany has connections to organizations surrounding the Muslim Brotherhood.”

In January 2017, however, Germany’s Federal Court of Auditors announced it was investigating Islamic Relief Deutschland for a “potential misuse of the aid money.”

Activities of the Islamic Relief has been increasing steadily, despite allegations of its connections to terrorism and jihad. In fact, it is not only happening in this particular case of Islamic Relief, rather radical Islam is on the rise throughout the world. While millions of dollars are being spent every year towards confronting radical Islam and jihad, one may question – why such efforts against radical Islam and jihad have fallen flat. The response is though simple, but it may not make everyone delighted.

Just an example, in the Muslim world, there are thousands of newspapers and media outlets, and the majority of these enjoy patronization from the local corporates as well as Muslim nations. Unfortunately, all of them are engaged in promoting anti-Semitism, religious hatred, and radical Islam. On the contrary, just one newspaper – just one – has been confronting radical Islam, anti-Semitism and jihad since 2002, with substantial impact in the society. Due to the continuous efforts of Blitz and because of the courageous writing of our journalists and contributors, we already have succeeded in changing Bangladeshi society a lot. A large proportion of the people in this country are now against jihad. The tendency of anti-Semitism in the minds of the people have started changing. Everything was possible just because of the role of Blitz. We neither spend millions of dollars, nor are receiving any grant or financial support or even advertisement from anyone in Bangladesh or abroad. We may be seen as a “messy newspaper” by few pundits around the world or many of them may consider our standard of English as “deplorable”, but at the end of the day – we only have been successful in having a real impact in our society – more precisely, the entire Muslim world.

While the international community definitely needs to be alert against radical Islam, anti-Semitism, and jihad, they should also start scrutinizing the impact and effect of those multi-million-dollar projects – including organizations, publications etc., to identify the real effective forces for a stopping radical Islam from growing faster and further.