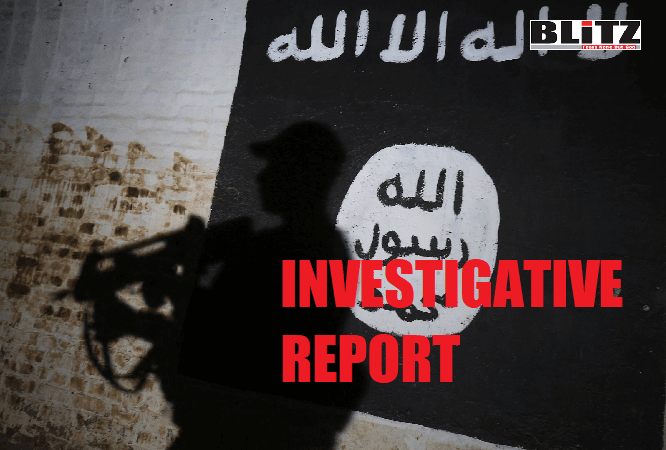 Dominica, an island country in the Caribbean has grabbed news headlines in recent years because of hundreds of foreign nationals ever-increasing interest in buying citizenship in exchange for just one hundred thousand dollars. But, selling of citizenship is not the only source of earnings for the politicians and officials in Dominica, they also are engaged in selling diplomatic passports and even appointing foreign nationals as Dominica’s envoys in a number of countries, where this tiny island even has no presence. Our team of investigative reporters are working on finding information centering corruption and numerous forms of crimes that have been taking place in Dominica. This episode is about how members of the Islamic State and other radical Islamic jihadist groups are gradually increasing their presence in Dominica, either by buying immigration or by establishing businesses.

As authorities in Dominica are looking for quick cash by selling citizenship to various individuals around the world, and as there had already been evidence of this Caribbean island country selling diplomatic passports, it is well anticipated that a large group of Islamic jihadists, mostly belonging to Islamic State and Boko Haram might have obtained citizenship simply by paying one hundred thousand dollars for each passport, while there had already been informed in the media about notorious crime-don Dawood Ibrahim and members of his infamous D-Company investing in Dominica’s tourism sector and several D-Company members had already purchased Dominica’s citizenship.

According to online information, the Commonwealth of Dominica has been offering its citizenship by investment program since 1993, making it one of the oldest citizenship programs around.

Investors get qualified for citizenship through a donation to the government fund or investment in real estate. The CBIU is the government authority overlooking the day to day operations of the citizenship program and is regulated under the guidelines of the Commonwealth of Dominica Citizenship by Investment Act.

Let us remember, Dominica is located just 1400 miles south of the coast of Miami, which can be one of the reasons for the Islamist jihadists in becoming interested in entering the Caribbean island country, wherefrom they can plot jihadist plots targeting the United States and other western nations.

Most importantly, for obtaining citizenship of Dominica, the applicant is not required to appear for an interview, which means, any Islamist jihadist can just make the payment through authorized agents of the Caribbean nation and get hold of a passport and melt into Dominica’s society under any disguise.

It is already learned by the investigative team of reporters of this newspaper that Dominica is having its authorized agent in England, an individual of British-Indian origin, who is dealing in the passport and citizenship selling ventures and also helping various individuals, including Indian nationals in smuggling millions of dollars out of their original country to any destination via Dominica, simply by registering a business establishment in the Caribbean island country.