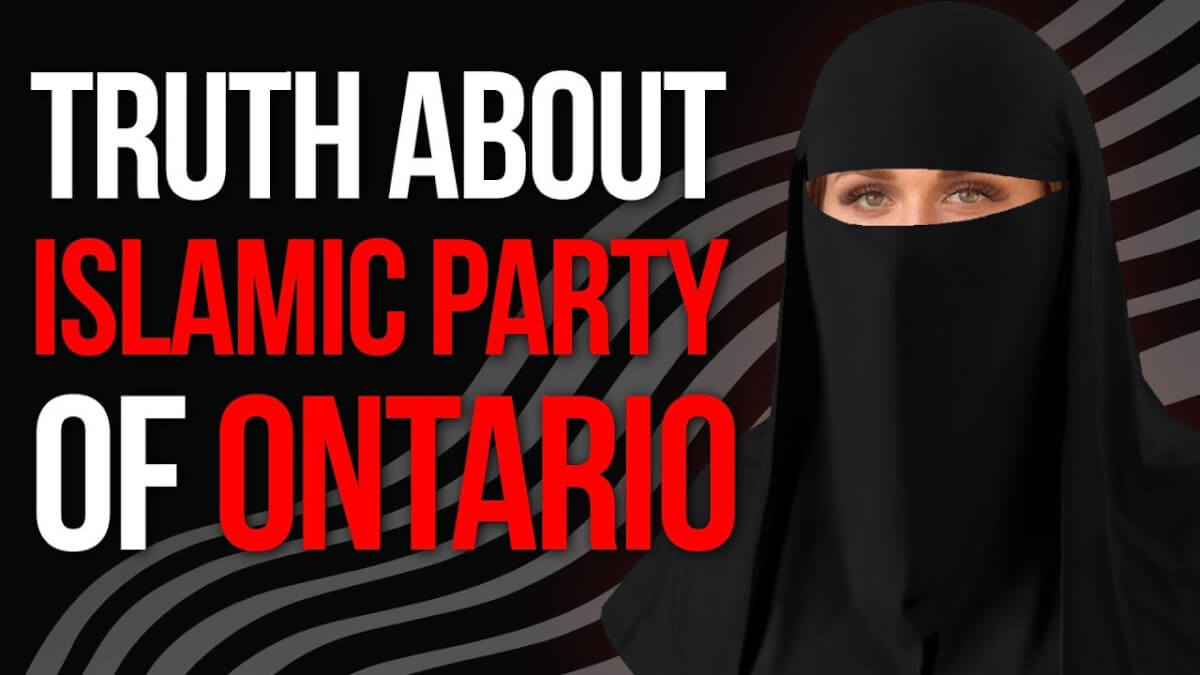 According to the Toronto Sun, Islamic Party of Ontario has already been officially recognized by the Election Commission under Elections Ontario Rules in October 2018 thus clearing the party to participate in any of the elections in the country. The party already has proclaimed Islam as the “native” religion of Ontario.

Website of the Islamic Party of Ontario says, “Qur’an is the latest and final edition of divine books that provides complete guidance to all mankind in all walks of life that include politics and governance under the belief of Supremacy of God. This is the only book of God now that is available in original and complete form without mixing of any human words and errors. All other books are either changed, distorted, and available in different versions and not available in its original form, text, and language.  Qur’an is in 100% original and pure form. The language in which it revealed is alive, and hundreds of thousands of people from the very beginning memorized full Qur’an, and that memorization continues. In Ontario alone, you can find several hundred or maybe above a thousand who have memorized the full Qur’an in Arabic as it was revealed.”

The party already is taking preparations for participating in Ontario’s provincial elections and has called upon the eligible voters to extend their support. Hopefully my readers from Canada are already sensing the grave threats [posed by radical Islam] they most possibly are going to face in the nearest future. Hopefully, people won’t take this Islamic party lightly. Instead, they should remember – this is the beginning of emergence of another ISIS in Canada, which considers non-Muslims and secularists as “enemies of Allah” and promotes the culture of death and hatred.

When a Muslim is branded as an apostate, enemy of Islam or hate-transmitter, it becomes a “sacred obligation” of the radical Muslims to kill him and secure a place of “unending amusement” accompanied by “72 virgins” in the paradise for themselves. Beheading an apostate like me is the part of the faith of the Muslims. But, does it at all matter to those who are feeling worry of radical Islam in the West and the world?

In my previous articles, I have detailed the risk posed by radical Islam to the Canadians. In my opinion, an Islamic conquest now in continuing in Canada and it is receiving high-profile patronization – including that of the Canadian Prime Minister Justin Trudeau. Here I would like to repeat — if Canadians will not realize the threats posed by Islam, and if they do not confront the attempts of Islamization of Canada — within the span of next 15-20, Canada will turn into a Sharia-rule nation or may be the first Caliphate in the American continent.

The very emergence of the Islamic Party of Ontario is extremely disturbing as we know – their agenda would be establishing Islamist influence over Canadian politics. This is happening at a time when the entire world is facing threatened because of the alarming rise of radical Islam. Number of females wearing hijab, niqab and burqa are increasing fast in the Western societies. Though someone may consider it as “right to religion”, but in my personal opinion, by putting on hijab, niqab and burqa, these females actually are openly proclaiming themselves to have been influenced by radical Islam. Similarly, the emergence of the Islamic Party of Ontario does openly proclaim, it is time for Islamization of Canada or may be enforcing Sharia rule in that country. May be even Caliphate! Are Canadians prepared for this?