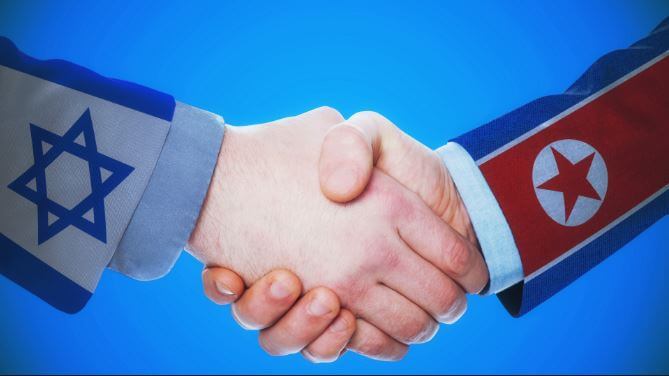 The inter-Korean negotiations and upcoming summits between Pyongyang and Seoul and President Trump offer a window of opportunity for Israel to try to prevent the continuation of North Korean military exports to the Middle East. Israel should consider how and when to offer this initiative and how to overcome the regional constraints. An Israeli initiative of this kind could serve as a win-win situation for all parties.

In the early 1990s, Eitan Ben-Zur of the Israeli foreign office tried to explore the possibility of a deal with North Korea to halt its missile shipments to states in the Middle East that pose a threat to Israel. The deal would have included indirect Israeli economic assistance to Pyongyang to compensate it for the financial losses it would incur from the cessation of those sales. The Ben-Zur initiative was supported by Shimon Peres, the Israeli foreign minister.

In the end, the deal was not concluded due to a disagreement between the Israeli foreign office and the Mossad about its feasibility. Another barrier to the initiative was Washington’s objection to Jerusalem’s involvement with Pyongyang at a time when the US was trying to reach its own agreement with North Korea on the nuclear issue. Washington was disturbed by the Jerusalem-Pyongyang contacts despite the fact that Israel’s sole focus – missile shipments to the Middle East – was not perceived by the Americans as a critical issue.

Almost three decades later, Washington is negotiating with Pyongyang on an agreement that will include complete, verifiable, and irreversible dismantlement (CVID) of its nuclear and long-range missile programs. Again, as occurred during the 1990s negotiations between Washington and Pyongyang, the agreement is not expected to view military exports to the Middle East as a core issue.

The current improvement in relations among Seoul, Pyongyang, and Washington does not include any mechanisms to verify and prevent the continuation of military exports, such as missiles, from North Korea to Syria and Iran. Israel does not have any leverage over Washington or Pyongyang to force them to prevent the continuation of North Korean military exports to the Middle East. That is why Jerusalem should take the opportunity to try an updated Ben-Zur initiative towards North Korea.

While Moon Jae-in might support such an initiative because it would be congruent with his own North Korea policy, Washington might object on the grounds that it would evade international sanctions and decrease Washington’s pressure on Pyongyang. Israel should therefore offer economic assistance to North Korea in agriculture, medical technology, and green energy on condition that Pyongyang starts to disarm itself. In so doing, Jerusalem could mitigate Washington’s objections and might be able to gain both American and South Korean support.

Israeli economic assistance to North Korea in exchange for a verified cessation of military exports would compensate Pyongyang for the losses it might face as a result of the decrease in military exports to the Middle East. This would help Kim Jong-un and Moon Jae-in legitimize their request to ease the sanctions on North Korea in order to pursue further joint economic projects.