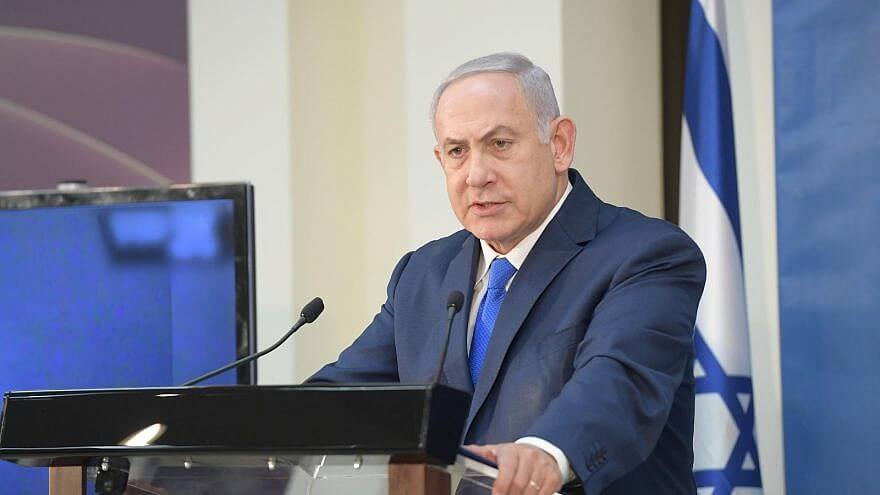 The interview was held just hours after Netanyahu toured Israel’s northern border with reporters and diplomats. Excerpts were aired on Saturday.

Asked about Iran and the threat it posed together with Hezbollah, Netanyahu said: “They want not only to conquer all Muslims who don’t share their faith or subjugate and kill them, [but also] go against all the infidels. And guess who the great Satan is? The U.S. And who the small Satan is? Israel. We just happen to be closer.”

“We are just preventing them from taking over the Middle East, they are trying to mask their campaign to get nuclear weapons; that has to be stopped,” he said.

Netanyahu stressed that the cross-border tunnels that Israel has discovered, and is working to neutralize, dug from Lebanon into Israeli territory, underscore Iran’s efforts to target Israel before it acquires nuclear weapons.

“The second thing that they want to do is to use their proxies, principally Hezbollah, [as] the forward arm to attack Israel with the goal of destroying it,” Netanyahu continued. “As part of that, Hezbollah is building terror tunnels under Israeli territory; we have known that for several years, [and] a few days ago we tore the mask off, uncovered the first tunnel, and we are going to uncover the rest and deprive Iran of this weapon of aggression.”

“I hope countries will take the U.S.’s lead on this. It [the U.S.]  is bringing a resolution to the General Assembly … daring countries [to] stand up to the truth,” Netanyahu said.

The tunnels are reportedly designed to allow Hezbollah operatives to infiltrate Israel in the event of a war, thus overcoming the border barriers Israel has placed above ground. The military has not disclosed how ‎many tunnels snake ‎‎into Israeli territory from ‎Lebanon or how long the ‎‎operation is going to last. The Israeli operation has been limited to Israeli territory.