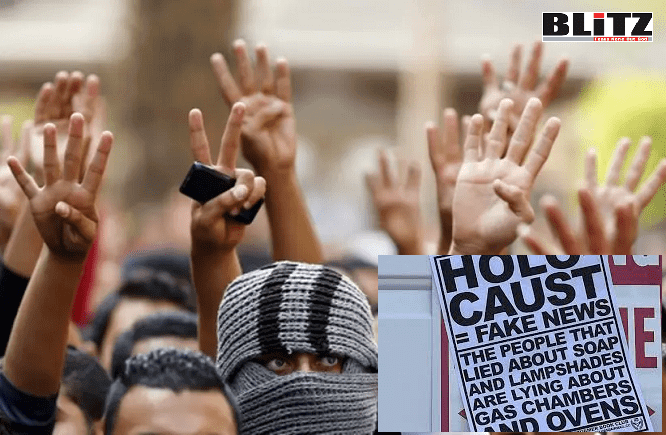 For five years, the Israeli Ministry of Strategic Affairs and Public Diplomacy has been trying to combat the large number of international delegitimization and boycott campaigns against the Jewish State. Its options to combat international antisemitism are limited, and it is doubtful whether it has properly prioritized the issues at stake. Israel urgently needs a separate anti-propaganda agency, something the Strategic Affairs Ministry should have recommended long ago.

In October 2015, Israel’s political-security cabinet charged the Ministry of Strategic Affairs and Public Diplomacy with the responsibility to fight the many delegitimization and boycott campaigns that have been set up against the State of Israel. This was an upgrading of the Israeli government’s battle against hate campaigns.

Any strategist knows that one has first to define the main issues at stake and then prioritize them. Studies have revealed that many adult citizens of EU countries believe that “Israel intends to exterminate the Palestinians” or, alternatively, that “Israel behaves like the Nazis.” It can be extrapolated from a 2011 study by the University of Bielefeld that approximately 150 million out of the 400 million pre-Brexit adults in the EU hold such views.

It would thus have been logical for the Israeli government; i.e., the Ministry of Strategic Affairs, to have approached European governments on this issue. It should have asked them to investigate how these extreme antisemitic perceptions developed and how they can be reduced. This should have been an absolute priority. No such initiative was ever reported, so it does not seem to have occurred.

Another major priority for the Ministry should have been to make clear to the world that antisemitism has been an integral part of Western culture from time immemorial and remains so today. That reality continues to find expression in many ways, both in the West and at supranational organizations. Even the Israeli public does not seem to fully grasp this fact.

This issue is growing more and more pressing. In recent months, awareness has greatly increased that discrimination and racism against ethnic minorities are widespread in Western societies. So is antisemitism, which was there long before racism. Yet this awareness does not exist.

We live in times of great uncertainty. The Ministry of Strategic Affairs should be studying the effects the coronavirus pandemic are likely to have on Western societies and analyzing the consequences of those effects for Israel.

The Ministry can do many other things as well. It already addresses anti-Israelism on social media by reporting it to Facebook, Twitter, and Instagram. It can establish a network of sympathetic contacts and can provide information on antisemitism. But all these efforts, however worthwhile, are secondary to the above-mentioned priorities.

The Ministry has drawn attention to the antisemitic character of the BDS movement, and steps have been taken against it in some countries. Has that stopped many BDS supporters? Probably not.

The West’s mainstream and leftist media malign Israel as a matter of course. They criticize Israel severely and avert their eyes from the Palestinians’ extraordinary criminality and pervasive culture of death. They ignore the promotion of genocide by Hamas and the rewarding of murderers of Israelis by the Fatah-controlled Palestinian Authority. Nor is any attention paid to the at times violent suppression of the Palestinian people by their leaders.

What effective actions can the Ministry of Strategic Affairs take against these biased media? Even when performing at its best, the Ministry has only limited options, which means it is only a partial solution to the problem of anti-Israelism and antisemitism.

Minister of Strategic Affairs Orit Farkash-HaCohen recently told the Jerusalem Post that during a year at Harvard, she took a class in negotiation with a popular professor. To her shock, the class was assigned an anti-Israel and antisemitic speech. She raised her objections to both the professor and the class, but her concerns were scarcely acknowledged.

What can Farkash-HaCohen do about such a problem in her capacity as Minister of Strategic Affairs? Write a letter of complaint to the president of Harvard? That would likely have limited if any impact.

On the other hand, what could an Israeli anti-propaganda agency do? It could see to it that the antisemitic Harvard professor is exposed as an ally of the Palestinian death cult. Many professors permit themselves to engage in anti-Israeli activities because doing so is a no-risk proposition: it comes without cost. As more and more such professors are exposed, others will begin to think twice before promoting antisemitism.

There is a serious misunderstanding in Israeli society that the Ministry of Strategic Affairs represents a complete solution to the problem of anti-Israelism and antisemitism. But the battle against hate campaigns covers a vast front, and Israel needs more tools if it is to fight them effectively.

In addition to the Ministry, an anti-propaganda agency is needed to fight effectively against anti-Israelism and antisemitism. It can use many tools to contain the enemies of Israel and the Jewish people—tools that are not available to the Ministry of Strategic Affairs.

There are many ways an anti-propaganda agency could expose BDS promoters at foreign universities. It could, for instance, select a particularly hostile campus with many such instructors. It could then go after their academic bona fides. By enlisting the assistance of friendly organizations, it could examine those instructors’ work for plagiarism, false quotes, and incorrect footnotes. The agency would then publish those findings worldwide. If the exposed infractions are sufficiently severe, the academics in question could find their teaching positions at risk.

The agency would not have to research the work of all such professors. The academic world—like most segments of society—contains many cowards. Outside the limited number of hard-core Israel-haters, many signatories of BDS declarations do so to curry political favor. Once putting their names to such documents exacts a price, they may start to wonder whether it’s worth it.

I did not invent this approach. It has been applied effectively elsewhere, in circumstances totally unrelated to Israel. In 2011, the University of Bayreuth withdrew the doctorate of then German Minister of Defense Karl-Theodor zu Guttenberg. Guttenberg subsequently announced his resignation as minister, vacated his seat in the Bundestag, and left politics completely.

In 2013, the Heinrich Heine University in Düsseldorf revoked the doctorate of German Minister of Education Annette Schavan on the grounds of “systematic and intentional plagiarism” in her thesis. She too resigned.

It should not be difficult to make the above-mentioned Harvard professor sweat over his anti-Israel assignment. Nor should it be expensive to expose him and others of his ilk. Experts estimate that an anti-propaganda agency would require an annual budget in the neighborhood of $250 million, which is not prohibitive for the State of Israel.

The Israeli anti-propaganda agency’s role would be to initiate and perhaps guide this process. Even if its role were revealed by the media, no serious harm would be done. If the Ministry of Strategic Affairs attempted such a process (which it is probably not able to do) and its role were uncovered, great harm could be done.

The anti-propaganda agency should not aim to silence Israel’s critics. It should seek instead to expose them. In Germany, for instance, there are a number of intellectuals who are not antisemites themselves but allies of antisemites through whitewashing, minimizing of anti-Israel statements, attacking the national antisemitism commissioner, attempting to undermine the IHRA’s definition of antisemitism, and so on. These allies of antisemitism can be exposed in many ways, as can members of the media who attack Israel and do not mention Palestinian crimes. The agency does not have to go after them all. Focusing on a few targets per country and field of activity will have an effect. The same can also be done with anti-Israeli politicians. The sky is the limit.