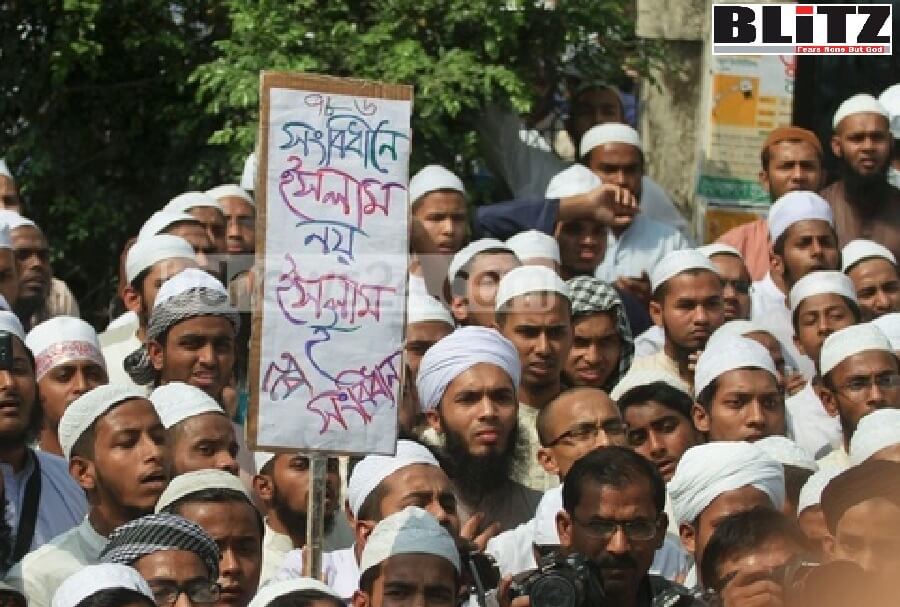 Jamaat-e-Islami, a notorious Islamist-terrorist party, with the help of a Turkish-American attorney in the United States has been secretly offering US$7 million (US$50,000 per month for consecutive 14 months) as “consultancy fees” to Hunter Biden, son of US President Joe Biden in exchange for getting special support from the Biden administration in exerting pressure on Bangladesh government for holding midterm election in 2022 under a “caretaker government”.

According to a credible source, a relative of Mir Quashem Ali (a war criminal executed for his direct involvement in war crime during the Bangladesh’s war of independence in 1971) was referred to the Turkish-American attorney in the US by an influential member of Turkey’s ruling Justice and Development Party in March this year. This attorney has extensive connections with several leaders of the Democratic Party as well as some of the inner-circle members of Hunter Biden.

It may be mentioned here that, Jamaat-e-Islami has extreme intimacy with Recep Tayyip Erdogan and his Justice and Development Party while at the request of Jamaat, Erdogan had provided shelter and funding to Mahmudur Rahman, a pro-Jamaat leader of Bangladesh Nationalist Party (BNP) for publishing a Bangla newspaper from Britain.

In the past, it was alleged that Hunter Biden actually is at the forefront of receiving bribes on behalf of his father, Joe Biden.

Commenting on Hunter Biden’s growing availability to several potential lobbyists a Capitol Hill insider said: “We have seen this kind of thing before. The story of the Clinton Foundation that we broke in 2015 was full of this kind of ‘bank-shot’ influence-peddling and corruption. Companies seeking to influence Hillary Clinton while she was Secretary of State under President Barack Obama were, inexplicably, suddenly donating enormous sums of money to her family’s charity. We were able to identify the donors and their real interests through tax and corporate records, even as the Clinton Foundation itself would not reveal all of its donors”.

She said President Joe Biden and his administration has recently made attempts of helping Hunter Biden in making millions of dollars by selling his naïve artwork through secret auction. This had received criticism as most of the people saw this as an alternative way of bribing Joe Biden. A Senate Homeland Security and Government Oversight committee report last year called the art market as the “largest legal, unregulated market in the United States” – and a significant weakness in the nation’s sanctions and anti-money laundering regimes. It means, Hunter Biden would make tons of money by secretly selling his novice paintings to various unnamed individuals. This definitely is a back-door scheme to funnel money to the president’s son and the president.

Hunter Biden’s financial scandals are nothing new. He has received bribes even in the past. When Ukrainian oil and gas company Burisma was under investigation for fraud, Joe Biden met, as vice president for Barack Obama, with Ukrainian officials at a time that Burisma was under investigation for corruption, and he returned home to brag about how he threatened the nation with withholding $1 billion in American aid if they didn’t get rid of the prosecutor.

A French website reported the prosecutor, Victor Shokin, later filed a criminal complaint naming Joe Biden and accusing him of committing a “criminal offense” in his campaign to get Shokin fired.

Columnist Byron York, at the time, explained why the stories about Hunter Biden’s dealings are so important: