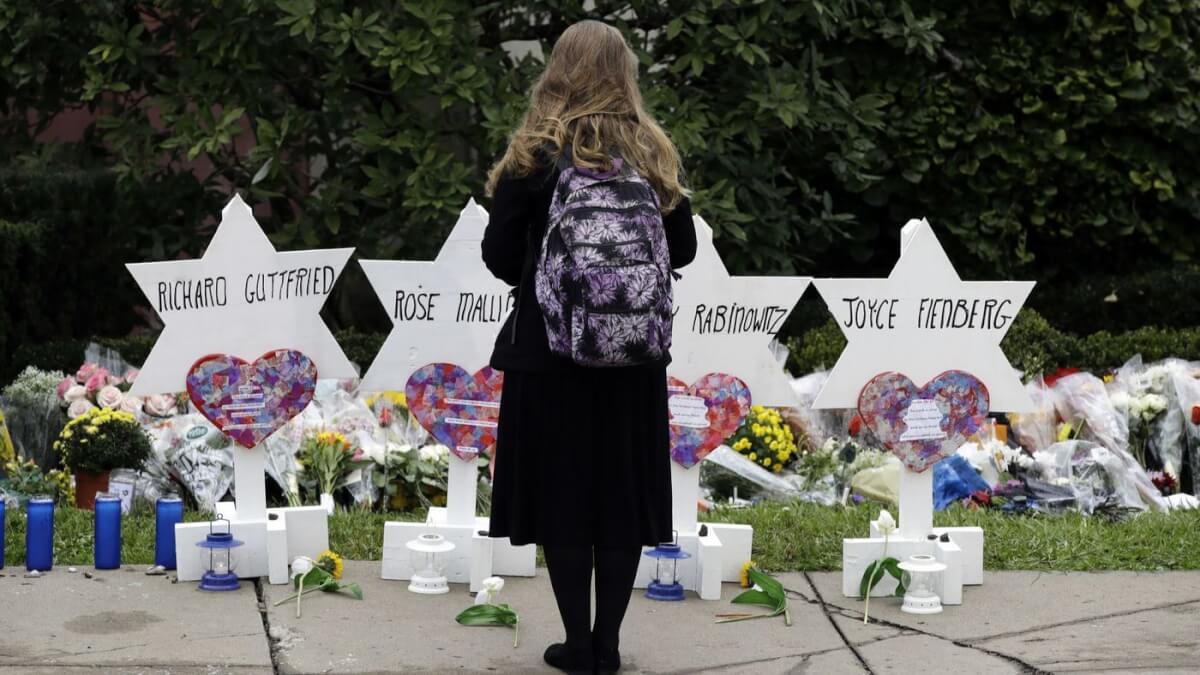 I’m reading various account and commentaries of the horrific shooting and massacre of Jews in synagogue in Pittsburgh today, and everyone is putting up their own political spin on the event. It is expected – and disgusting.

The suspect didn’t target Jews because of “occupation” or because he was a Trump supporter (he wasn’t) or because he had access to guns or because any Jews did anything to him personally. He is just an antisemite who is not sophisticated enough to couch his hate in terms like “anti-Zionist” or “anti-capitalist” or “pro-justice” or any other of the dozens of terms used nowadays to make Jew-hatred a little more palatable.

There are more crimes targeting Jews in America than crimes targeting all other religions combined. There is no common thread – the far-Left hates Jews, the far-Right hates Jews. Muslim Jew-hatred is “understood” and downpedaled by the Left. And people will be gleeful that today’s murderer identifies with the far-Right, just as the Right will disavow their role in emboldening the hate on their side.

Antisemitism is not like other hates. There is no logic behind it, no justification for it. Jews aren’t allowed to be in “our country” but are not allowed to be in their own country either.  Assimilated Jews are as much targeted as religious Jews. Jews are vilified by extremists of all stripes.

Stop using this massacre as an excuse to pin this on ideological and political enemies. Every group has Jew-hatred associated with them in one way or another. If you truly care about Jew-hatred, root out antisemitism from among the groups that you identify with.

Don’t pretend it isn’t there….because it is.