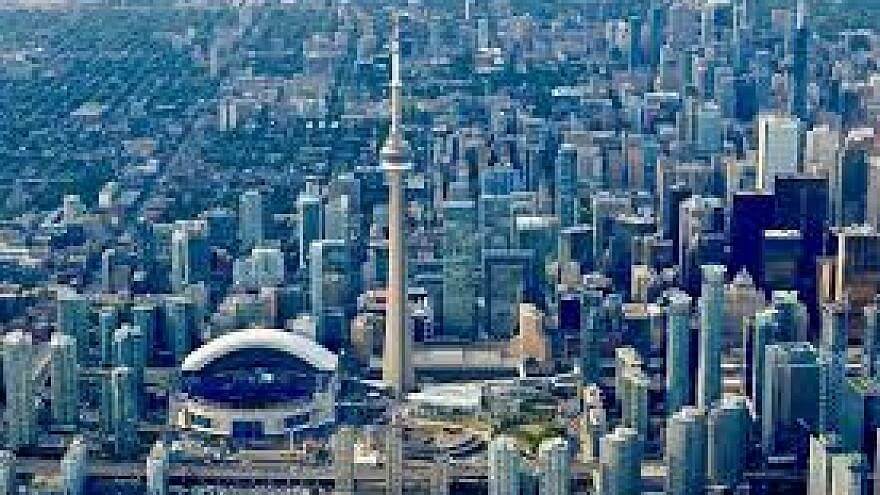 The group of perpetrators, who were nine teenagers, also made bigoted comments about their religion and stole the sunglasses from one of the victims. The attacking group split up after the incident.

One suspect is in custody, according to police. No description has been made about the other perpetrators, other than they are in their “early teens.”

Noah Shack, Greater Toronto Area vice president of the Centre for Israel and Jewish Affairs, told The Toronto Star that they were “deeply disturbed” to hear about what occurred.

“It’s unacceptable for this type of violence to continue against the Jewish community, especially following the recent attack in Pittsburgh that sparked worldwide outrage,” said Friends of the Simon Wiesenthal Center president and CEO Avi Benlolo. “It’s important for anyone who witnessed the incident or knows the perpetrators to inform police, and send a message that no hatred of any kind is welcome in this country.”

Benlolo added, “This is just another example of why we must continue educating young people in schools, particularly about the Holocaust and other examples of hatred and intolerance throughout history, helping them understand the effects of hate and why we must all stand up against it.”

According to a poll commissioned almost a few months ago by the Friends of Simon Wiesenthal Center, one in six Canadians express views that may be considered anti-Semitic.

The Jewish community was the most targeted by hate crimes in 2016, accounting for 16 percent of all hate crimes across Canada. In 2016, some 221 police-reported hate crimes were against Jews—an increase of 24 percentage points from the 178 hate crimes reported in 2015.