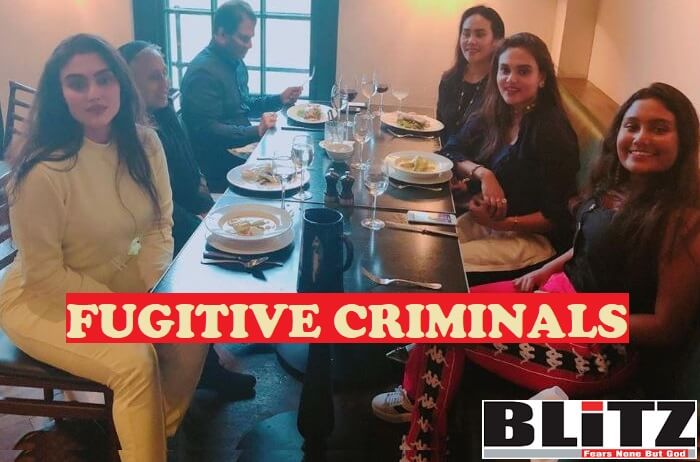 Following the publication of an investigative report in the Sunday Times on May 26, 2019, a convicted fugitive family, who also are funders of Islamic State (ISIS) are hatching a serious conspiracy against Bangladesh. According to information obtained by this correspondent from a number of sources in Britain, Shahid Uddin Khan, his wife Farjana Anjum and daughters Shehtaz Munasi Khan, Parisa Piraz Khan and Zumana Fiza Khan have contacted a number of people in London, including few journalists and ex-military personnel with the nefarious agenda of plotting coup in Bangladesh. They also have tagged few of Shahid Uddin Khan’s friends in the military administration in Bangladesh as well as Khan’s long-time accomplice and an agent of Pakistani spy agency Inter Service Intelligence (ISI). They have been sending some leaflets in digital format to a few of their contacts in Bangladesh with the request of circulating the same amongst various important figures in the civil-military administration. Accordingly, those cohorts of this notorious nexus are silently distributing such contents, mostly through secured Apps such as WhatsApp.

Meanwhile, a source in London’s Metropolitan Police Service (MPS) told this correspondent that they already are investigating the allegations centering Shahid Uddin Khan and his family’s involvement into criminal activities, including terror-funding; while another source within the National Crime Agency (NCA) said it is investigating the serious allegation of money laundering. It may be mentioned here that, Shahid Uddin Khan, his wife Farjana Anjum and daughters Shehtaz Munasi Khan, Parisa Piraz Khan and Zumana Fiza had gone to the United Kingdom in 2009 and sought immigrant visa under Visa Tier 1, vide VAF No. 511702 and have invested 12 million pounds, which they brought into the United Kingdom through illegal channels. The family also owns millions on dirty money in several bank accounts in the United Arab Emirates and are linked to notorious terrorist Dawood Ibrahim’s D-Company.

It was already reported in the media that Shahid Uddin Khan had hired some notorious individuals in Britain with the ulterior agenda of a terrorist attack on the motorcade of the Bangladesh Prime Minister Sheikh Hasina during her recent London tour. Media reports also claimed that at the instruction of Shahid Uddin Khan, his prime accomplice Sajjad Hossain has been contacting the members of Arakan Rohingya Salvation Army (ARSA) with the notorious agenda of terrorist attacks in Bangladesh and West Bengal in India.