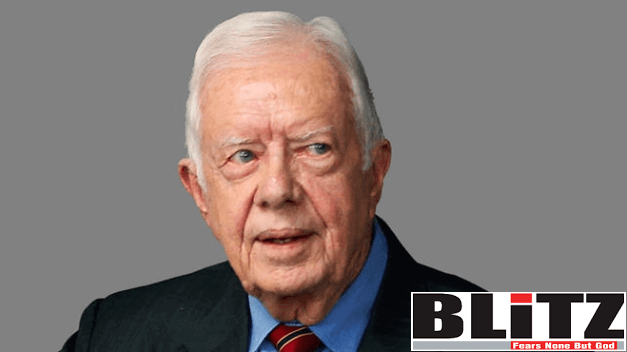 The United States began support of Sunni jihadists during the Jimmy Carter administration. Yes, you read that right … under President Jimmy Carter.

Zbigniew Brzezinski was the national security adviser to President Jimmy Carter from 1977 to 1981. When the Soviet Union invaded Afghanistan, Brzezinski convinced President Carter to “turn Afghanistan into Russia’s Vietnam.” His plan only had one flaw: To accomplish his goal it would require arming Sunni Muslim jihadists who had been fighting the secular government of Afghanistan even before the Soviet invasion. (Sound familiar?)

Note: The Soviets had “invaded” at the invitation of the secular Afghan government in 1979. The government was communist and hated by the Muslim clerics. By no means do I excuse the Soviet Union or the horrid communist government that destroyed not only Russian society but that of other surrounding nations as well. But clearly the invasion was by invitation.

One of the principle motivations for Brzezinski’s desire for Russia to “bleed in Afghanistan” was his birthplace. He was born in Poland, one of the nations devastated by communism in the 20th century. Even as late as 1998, well after the first Trade Center bombing and numerous other Sunni Muslim terror attacks on the West, Brzezinski stood by his disastrous plan of “stirring up the Muslims” to defeat the Soviet Union (his words in quotes).

Below is a small excerpt from a French magazine interview with him defending his support of extremist Muslims just three years before the 9/11 jihad attack on the United States.

Question: And neither do you regret having supported Islamic fundamentalism, which has given arms and advice to future terrorists?

Brzezinski : What is more important in world history? The Taliban or the collapse of the Soviet Empire? Some agitated Muslims or the liberation of Central Europe and the end of the Cold War?

Question: “Some agitated Muslims”? But it has been said and repeated: Islamic fundamentalism represents a world menace today. …

Brzezinski: Nonsense! It is said that the West has a global policy in regard to Islam. That is stupid: There isn’t a global Islam. Look at Islam in a rational manner, without demagoguery or emotionalism. It is the leading religion of the world, with 1.5 billion followers. But what is there in common among fundamentalist Saudi Arabia, moderate Morocco, militarist Pakistan, pro-Western Egypt, or secularist Central Asia? Nothing more than what unites the Christian countries. …

Those “agitated Muslims” he referred to are the Taliban who helped al-Qaida with the jihad attack on the United States in 2001.

Sadly, President Ronald Reagan doubled down on the Brzezinski policy. I was there. I was part of it. I met Mujahedin leaders with Vice President George Bush, as the Reagan White House attempted to unite conservative and Christian groups to support Sunni jihadists in the fight to destroy “anti-Christian communism.”

One thing was missed even by Reagan: The Sunni Muslims the United States supported were even more anti-Christian and more anti-American than the Soviet communists were. The United States began supporting Christian-killers in an attempt to defeat the communist Christian-haters.

Did the policies of Presidents Carter and Reagan lead to the downfall of the Soviet Union? Of course not. Those claiming deficient spending on military expansion under Reagan are misleading Americans to get even more money for corporate arms suppliers, or as President Eisenhower referred to them, “the military-industrial complex.”

Why did the Soviet Union collapse if it was not America building more aircraft carriers and supplying arms to Muslims in southern Russia?

In my book, “Utopian Road to Hell,” I described how the Soviet Union eventually collapsed because of the failed principles of collectivism, just as we see Venezuela disintegrating today. Even though Russia had vast oil and natural gas reserves, it could not finance the failed economic model of selling products for less than the cost to produce them.

Supplying goods and services for less than the cost of production or even furnishing them free has always been at the heart of socialism because, “socialists care for the people.” That is the claim of the elites who do not feel the pain of those starving under collectivism.

Today in America a new group of collectivists, such as Rep. Alexandria Ocasio-Cortez, believe they can supply food, housing, medical care and higher education for less than they cost to produce, just as the Soviet Union tried to do, and as Venezuela attempts today. The same group condemns Christian values, as was the case in Soviet Russia.

Meanwhile it is the socialists running the House side of the U.S. Congress who are pushing for a fight with Russia and who see no problem arming jihadists. After all, it was their hero and angel, Hillary Clinton who, as secretary of state, talked Barack Obama into overthrowing the governments of Libya and Syria by arming Sunni Muslim jihadists just as Jimmy Carter did in Afghanistan. Jimmy Carter created the Taliban, and Hillary Clinton created the Islamic State using shared failed logic.

Selling bread for less than it costs to bake and handing out arms to radical Sunni Muslims seems to be the go-to solution to ending capitalism and Christianity, which collectivists view as equally evil.

Real lessons to be learned: 1) There is no need to work to destroy a socialist or communist government. Just give it time and it will collapse on its own; 2) Don’t give or sell arms to Sunni Muslims radicals who tell you they are your friends. The weapons will eventually be used against the you; and 3) Never trust a collectivist who wants to give weapons to jihadists.