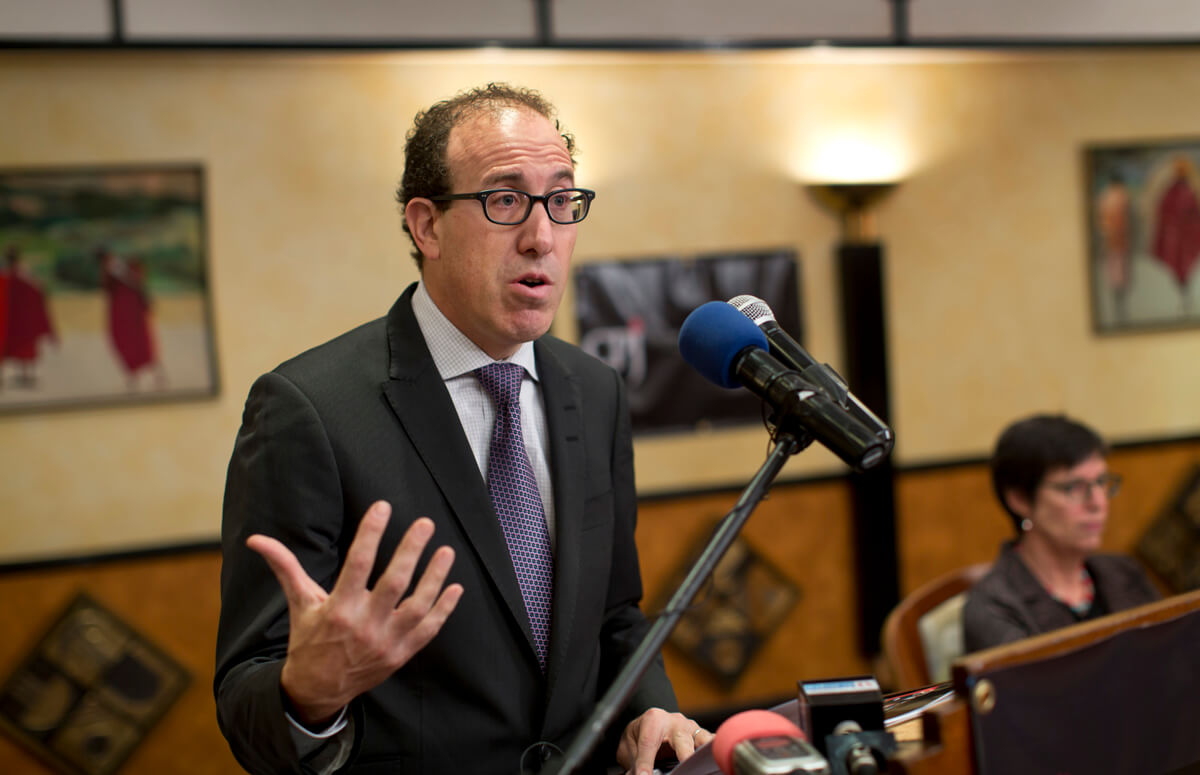 The 2019 Times Square New Year’s Eve ball drop in New York City will ring in the year with a celebration of press freedom and the importance of journalism. Times Square Alliance and Countdown Entertainment, the co-organizers of the iconic annual event, have chosen the Committee to Protect Journalists as this year’s charity honoree.

The selection of CPJ is recognition of journalists’ fundamental role. Independent media work in a challenging environment: globally, at least 53 journalists were killed this year and 251 imprisoned because of their work. Still, the global fight for press freedom achieved several victories in 2018. CPJ helped secure the early release of at least 80 journalists from prison and convictions in the murders of six journalists. Following years of advocacy by CPJ and others, several countries carried out positive legal reforms, including Ecuador, Gambia, and Lesotho. In 2018, CPJ provided direct support to more than 100 journalists under threat, including in Venezuela, Uzbekistan, and Syria.

In an expression of solidarity, a group of journalists from across American news outlets will gather on stage alongside CPJ’s executive director, Joel Simon, to count down to the New Year and initiate the lowering of the Times Square ball.

“It’s appropriate that at New Year’s Eve, which is celebrated around the world, we recognize and celebrate the universal right to freedom of the press,” CPJ’s Simon said. “We are honored to be at the heart of these festivities and we invite all those watching in New York, the U.S., and around the world to stand with us for in support of this vital principle.”

Among the guests will be Maria Ressa, the co-founder and executive editor of Rappler, a Philippine news website known for critical coverage of President Rodrigo Duterte. This year, CPJ honored Ressa with the 2018 Gwen Ifill Press Freedom Award, and recently partnered with First Look Media’s Press Freedom Defense Fund in a fundraising campaign to provide legal support for journalists facing extensive legal battles for their work, beginning with Ressa.

CPJ and the Times Square Alliance invite participation in a social media campaign on December 31 to #CelebratePressFreedom in the hours leading up to the midnight ball drop.