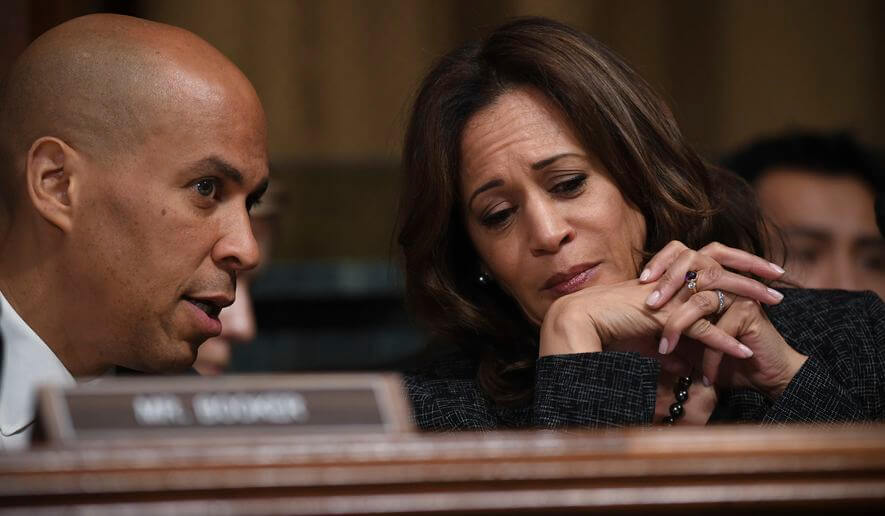 A left-wing activist who sent an anonymous letter to Sen. Kamala Harris, D-Calif., accusing Brett Kavanaugh of raping her now admits she engaged in a “ploy” against the then-Supreme Court nominee.

Kavanaugh was questioned by the committee after an anonymous letter signed ‘Jane Doe’ alleged he and a friend raped an Oceanside, California, woman in a car.

Grassley said said that when “individuals intentionally mislead the Committee, they divert Committee resources during time-sensitive investigations and materially impede our work. Such acts are not only unfair; they are potentially illegal.”

The chairman already has referred lawyer Michael Avenatti and his client Julie Swetnick to the Justice Department for making false statements and obstructing of a congressional investigation.

Avenatti also was referred for promoting to the committee another woman who accused Kavanaugh accuser of gang rape.

Grassely said that on Oct. 3, committee staff received an email from a Munro-Leighton with a subject line claiming: “I am Jane Doe from Oceanside CA — Kavanaugh raped me.”

Munro-Leighton wrote that she was “sharing with you the story of the night that Brett Kavanaugh and his friend sexually assaulted and raped me in his car” and referred to “the letter that I sent to Sen. Kamala Harris on Sept. 19 with details of this vicious assault.”

She continued: “I know that [‘]Jane Doe[’] will get no media attention, but I am deathly afraid of revealing any information about myself or my family.”

She then included a typed version of the Jane Doe letter.

Grassley said committee investigators began investigating the allegations and through open sources determined that she is a left-wing activist; is decades older than Kavanaugh; and lives in neither the Washington, D.C. area nor California, but in Kentucky.