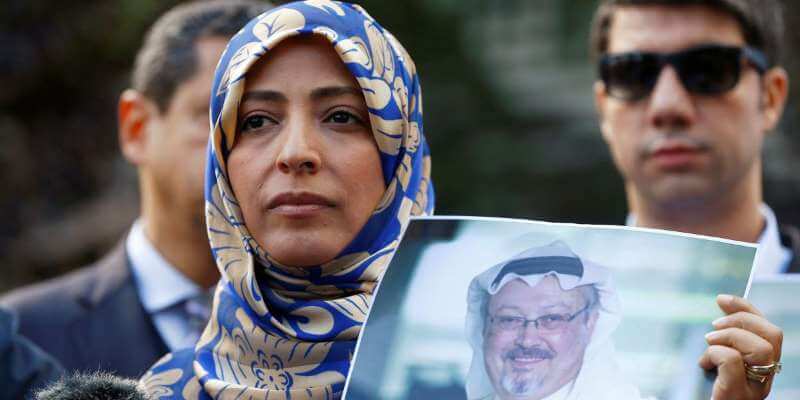 Following the death of Jamal Khashoggi, an antisemitic and anti Israel journalist with huge bias towards radical Islam and Islamic militancy groups such as Al Qaeda, Hamas etc., there is huge hue and cry in the media. This is possibly for the first time; the death of any journalist is getting such tremendous attention of the media. To my utter dismay, our beloved journalist Daniel Pearl, who was murdered by Al Qaeda even did not get such coverage or support from the media. Death of Jamal Khashoggi inside the Saudi Consulate in Turkey is a matter of great disgust – no doubt. But again, we need to remember – today’s Turkey is not a place being ruled by any angel. Radical Islamic fascist Recep Tayyip Erdogan is a devil – a genuine Satan. During past few years, he has forced dozens of newspapers and television channels in shutting down; pushed hundreds of journalists, writers and media workers into prison and has been continuing extreme brutalities on anyone who would criticize his rogue government. All of us know, Erdogan is extremely ambitious of emerging as the neo-Sultan of the Muslim world. In fact, he wants to establish ‘Caliphate’ similarly as Islamic State (ISIS).

We know, Khashoggi was a contributor to the Washington Post, a newspaper notoriously critical of President Donald Trump. It is also not very kind on Israel – and in many cases, Washington Post had exposed its anti Israel and pro-Palestine [even pro-Hamas] bias. Following the death of Khashoggi, Washington Post along with many newspapers in the US and surprisingly in Israel, are not only condemning the Saudi rulers, but are even seeing this as a huge issue in Washington-Riyadh relations. Anti-Trump and antisemitic politicians in the US, especially the Democrats also are trying their best in cashing political gain from this death. What they aren’t really taking into note is, Jamal Khashoggi was not an American citizen. Moreover, during his entire life, he had been a great fan of radical Islam and jihad. If Jamal Khashoggi’s death can become a serious issue into US-Saudi relations, then why the United States had simply ignored the cases of the murdered journalists like Abdul Rahman Ismael Yassin (killed in crossfire in Syria), Abdullah al-Qadry (killed in crossfire in Yemen), Ahmed Azize (killed in crossfire in Syria), Aleksandr Rastorguyev (killed in Central African Republic), Bashar al-Attar (killed in crossfire in Syria), Saeed Karimian (Assassinated on Ali Khamenei’s order in Iran), Daphne Caruana Galizia (Maltese investigative journalist) and many others? Unfortunately, assassination or murder of most of these journalists even missed a proper coverage in the media. But, Khashoggi is getting too much attention. Can I question, who actually are fueling such wild coverage? Is that Iran or any of those nations, who actually want to sabotage relations between the US and Saudi Arabia? In my personal opinion, Iran and Turkey are actually behind the media madness centering Jamal Khashoggi. They really do not have any sincere mind in seeing “justice” to the murdered journalist but they actually are determined in gaining diplomatic mileage through this issue. Moreover, let’s not forget, both Iran and Turkey are the worst places for the journalists and writers.

If President Trump or his administration at all is finally going to do something centering murder and intimidation of journalists, they definitely need to get a list of other journalists who had been murdered, intimidated, imprisoned and brutally treated by several nations. Because of his antisemitic and anti Israel mindset, Jamal Khashoggi should not be the case of attention of the Western policymakers. Instead, someone should stand up and demand justice for all those journalists like Daphne Caruana Galizia or Saeed Karimian, who became victims of rogue regimes in their countries.

Before giving further coverage to Jamal Khashoggi issue, we need to remember, by doing so; in fact we are giving diplomatic orgasm to the Iranian mullahs – the scoundrels of highest order. Do we really want that?