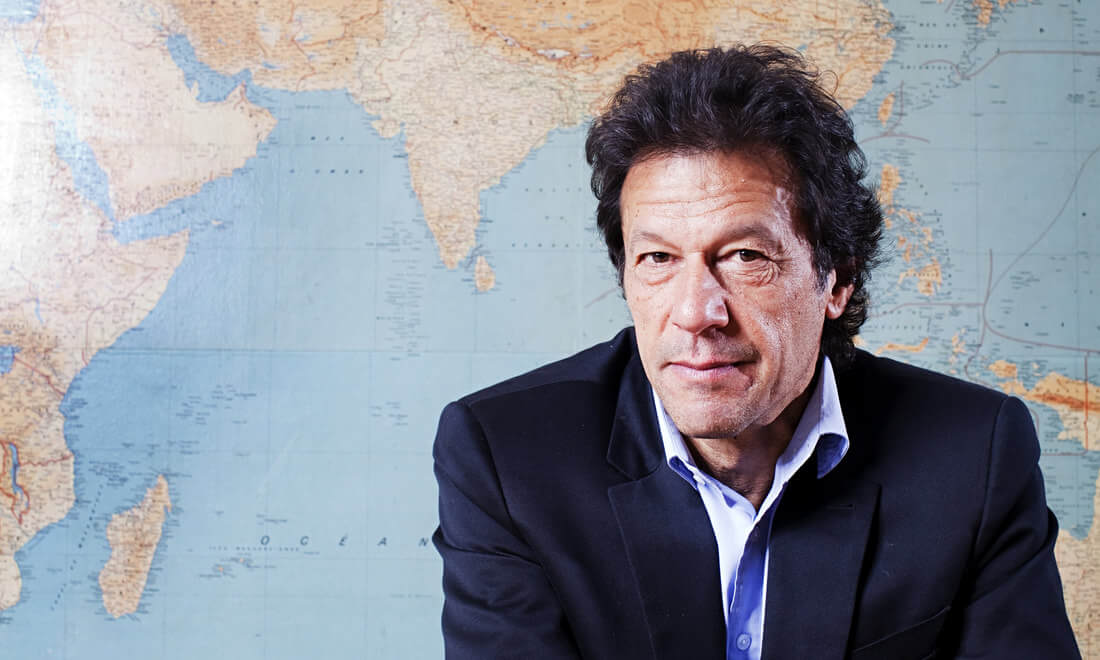 The death of Saudi journalist Jamal Khashoggi is proving to be a blessing in disguise for cash-strapped Pakistani PM Imran Khan. Khan’s blessing is also likely to offer Saudi Arabia geopolitical advantage.

Pakistani PM Imran Khan struck gold on his second visit to the Saudi kingdom since coming to office in August.

He was rewarded for having attended Crown Prince Muhammad bin Salman’s investors’ conference in Riyadh, a showcase dubbed Davos in the Desert.

The event was shunned by numerous CEOs of Western financial institutions, tech entrepreneurs, and media moguls as well as senior Western government officials because of the Khashoggi affair.

In talks with King Salman and the crown prince, Khan managed to secure a promise from Saudi Arabia to deposit $3 billion in Pakistan’s central bank as balance of payments support and to defer up to $3 billion in payments for oil imports for a year.

On his first visit to the kingdom in September, Saudi Arabia declined Khan’s request for financial aid. It was willing to consider investing billions of dollars in a refinery in the Chinese-operated Arabian Sea port of Gwadar as well as in mining, but was reluctant to acquiesce to Pakistani requests for financial relief.

Riyadh’s subsequent agreement to provide financial aid is likely to help Khan reduce the size of the $8-12 billion bailout he is negotiating with the International Monetary Fund (IMF).

Speaking in an interview before leaving for Riyadh, Khan was upfront about his reasoning. He said he was attending the conference despite the “shocking” killing of Jamal Khashoggi because “unless we get loans from friendly countries or the IMF, we actually won’t have in another two or three months enough foreign exchange to service our debts or to pay for our imports. So we’re desperate at the moment.”

Pakistan’s foreign reserves dropped this month to $8.1 billion, a four-year low and barely enough to cover sovereign debt payments due through the end of the year. The current account deficit has swelled to about $18 billion.

Potential Saudi investment in the Reko Diq copper and gold mine as well as a refinery in Gwadar, both of which are close to Pakistan’s border with Iran, would give Riyadh a further foothold in the troubled province of Balochistan. Gwadar is a mere 70 kilometers down the coast from the Indian-backed Iranian port of Chabahar.

Pakistani militants reported last year that funds from the kingdom were flowing into the coffers of ultra-conservative anti-Shiite, anti-Iranian Sunni Muslim madrassahs  in the region. It was unclear whether the funds originated with the Saudi government or with Saudi nationals of Baloch descent and members of the two million-strong Pakistani diaspora in the kingdom.

It was equally unclear how Saudi Arabia expected to capitalize on its rewarding of Khan in its competition with Iran for Pakistan’s favors.

Ensuring that Pakistan, home to the world’s largest Shiite minority, does not snuggle up too close to Iran has become even more crucial for Saudi Arabia in the past few weeks. The kingdom seeks, in the wake of Khashoggi’s death, to enhance its indispensability to President Donald Trump’s effort to isolate and cripple Iran economically, if not to engineer a change of regime in Tehran.

Trump sees Saudi Arabia as central to his strategy, which is aimed at forcing the Islamic Republic to halt its support for proxies in Yemen and Lebanon, withdraw its forces from Syria, and permanently dismantle its nuclear and ballistic missiles programs. Saudi financial support for Pakistan means that Imran Khan may find it more difficult to shield Islamabad from being sucked into the US-Saudi effort.

In mid-October, insurgents kidnapped 14 Iranian security personnel, reportedly including Revolutionary Guards, on the Iranian side of the border with Pakistan. Pakistan pledged to help liberate the abductees, who are believed to have been taken across the border into Balochistan, long a militant and Baloch nationalist hotbed.

“Members of terrorist groups that are guided and supported by foreign forces carried this out through deceiving and bribing infiltrators,” the Guards said in a statement that appeared to blame Saudi Arabia and the US without mentioning them by name.

The incident is likely to heighten Chinese concerns that in a worst-case scenario, Saudi investment – rather than boosting economic activity and helping Gwadar get out of the starting blocks – could ensnare it in one of the Middle East’s most debilitating conflicts.

China is further concerned that there would be a third party monitoring activity if and when it decides to use Gwadar not only for commercial purposes but also as a naval facility.

Saudi investment could further thwart potential Chinese plans to link the ports of Gwadar and Chabahar, a prospect that Pakistani and Iranian officials have not ruled out. If Islamabad is receiving Saudi financial aid, it may no longer be able to entertain that option.

Imran Khan will have to take this into account when he travels to Beijing next week. He is making the trip in a bid to secure Chinese financial support and convince Beijing to fast forward the China Pakistan Economic Corridor (CPEC), a $45 billion-plus infrastructure and energy generation-driven Belt and Road crown jewel, on issues such as job creation, manufacturing, and agriculture.

In his Middle East Eye interview on the eve of his participation in the Riyadh investment conference, Khan appeared to anticipate that he will have reduced leeway. He blamed the US for increased tensions with Iran and hinted that Pakistan does not want to be drawn into conflict with the Islamic Republic.

He said: “The US-Iran situation is disturbing for all of us in the Muslim world… The last thing the Muslim world wants is another conflict. The worrying part is that the Trump administration is moving towards some sort of conflict with Iran.”